US to Herzog: No compromise on Iranian nukes

Herzog tells senior White House officials that 'the fight against ISIS, despite its central importance to the international community, doesn't minimize the danger of Iran's nuclear power'.

Senior White House officials told Opposition Chairman Isaac Herzog on Tuesday that "there will be no compromise on Iranian nuclear matter."

At the meeting, Herzog told White House Chief of Staff Denis McDonough and Deputy National Security Advisor Tony Blinken that he appreciated "the American position, which understands that one threat does not cancel out the other."

The three senior officials discussed the threats posed by the Islamic State and Iran, as well as other geopolitical matters like Operation Protective Edge and the stalled peace process with the Palestinians.

The meeting took place on the eve of a major address by US President Barack Obama regarding the American strategy against the Islamic State.

After the media reported extensively about the possibility that Iran will cooperate with the US in the fight against ISIS, Herzog's hosts made it clear that despite the global cooperation, the US does not intend to be more flexible regarding the Iranian nuclear project. 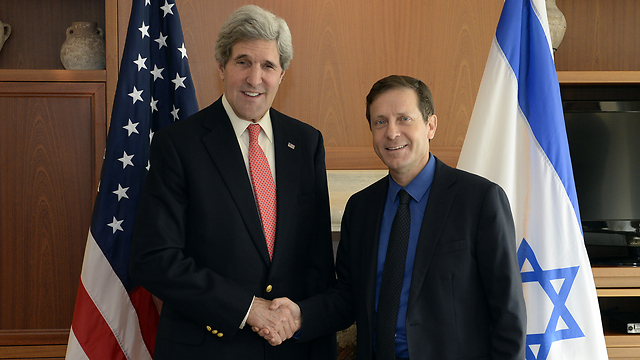 "The Iranian nuclear project poses a threat to Israel and the whole world and we shouldn't compromise on that issue. The fight against ISIS, despite its central importance to the international community, doesn't minimize the danger of Iran's nuclear weapon," said Herzog.

"Although the Israeli government insists on repeatedly quarrel with the American administration, I found that within the White House there are attentive positions towards Israel; there are those who understand the situation and Israel's interests and give it full support," added Herzog and thanked his host for their support during Operation Protective Edge.