'ISIS is a threat to us all,' says participants in Islamic Movement rally in northern Israel, while other blame Israel, US for 'supporting group,' while others say that 'if US fails to destroy them, Israeli Arabs will go to Syria to fight them.'

Thousands of Israeli-Arabs marched Friday evening in the Arab town of Umm al-Fahm as part of a rally organized by the Islamic Movement's Northern Branch under the title of "Al-Aqsa under threat."

Demonstrators sounded criticism at Israel for its treatment of the Palestinians, but unlike previous years, the Islamic Movement also slammed the Islamic State, the radical Islamist group ravaging Iraq and Syria. Nonetheless, this too was partially blamed on Israel and the US. 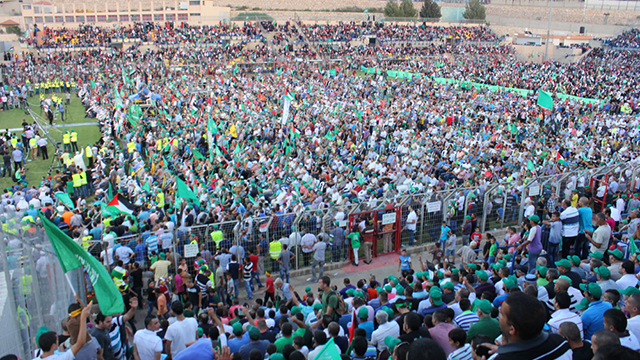 (Photo: Mohammed Shinawi)
Sheikh Raed Salah, the northern branch's firebrand leader, attended the rally, as did his deputy Sheikh Kamal Khatib. Those who spoke at the rally stressed that the atrocities conducted by the Islamic State are completely incongruent with Islam, and said the radical group harms Muslims and the Islamic faith. Other went further, saying the group was colluding with Israel and the US to tarnish Islam. Iyad Mahmid, a resident of Umm al-Fahm who participated in the rally took a tough position against the Islamic State. "This event should turn into a protest against the terror group – the Islamic State. This is a group which threatens all of us. I hope the US will wage a real war against them, we don't want promises – if ISIS is not destroyed we are all in big trouble," Mahmid said. Muhammad Zidan, head of the High Follow-Up Committee for Arab Citizens of Israel, said at the rally that "the Shin Bet and the US were those who inspired ISIS to divide the Arab world for their benefit. The question is who arms ISIS? Who funds them? The answer is clear – the US backs ISIS to facilitate its regional takeover." Sheikh Salah took a more moderate stand, saying that "we are committed to the Islamic principle of unity between Islam all over the world and stand against those calling themselves the 'Islamic State', as well as objecting the coalition formed by Obama, which we view as a threat to the Arab world." 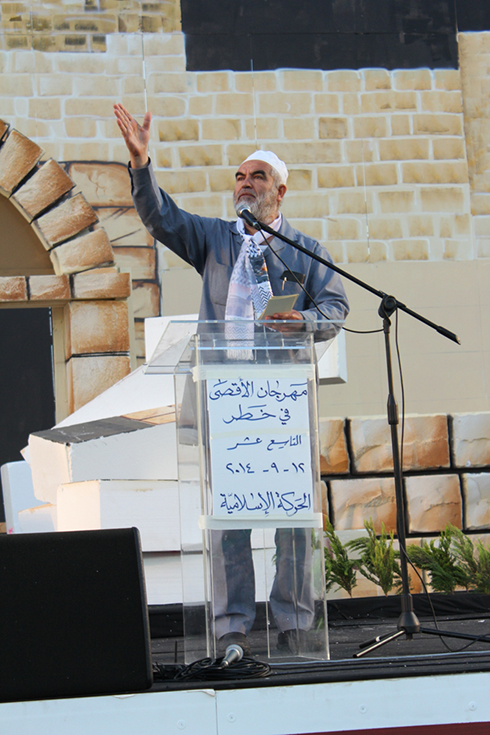 Another participant echoed his claims, saying "the Islamic State destroys Islam's name. They perpetrate horrendous atrocities which are completely adverse to the Muslim faith. If they continue and the US fails to destroy them I am sure Israeli-Arabs will enter into Syria, willing to give their life to fight against the Islamic State."

Manal Musawara, a resident of the predominantly Arab area, said that "whoever believes in the Islamic State's way is insane. Unfortunately this group doesn’t' care about anyone, and this is the time to take them out, no matter the price." He also concluded with a conspiratorial note, saying that "As long as the Islamic State is active, it means it is being supported by the US and Israel."