WASHINGTON - After first expressing their support for Israel during Operation Protective Edge, members of the film industry posted an additional ad Saturday in the New York Times which included 300 of Hollywood's most prominent figures expressing their "commitment to peace and justice."

The stars have already planned their next target, setting their sights on Europe, particularly Germany and the city of London, where many they feel cultural figures operate against Israel.

“This is an unprecedented show of support by Hollywood for Israel. Not only does the list of signatories to our statement keep growing, their voice is being picked up by national, as well as international, press,” said CCFP (Creative Community for Peace) director Lana Melman. 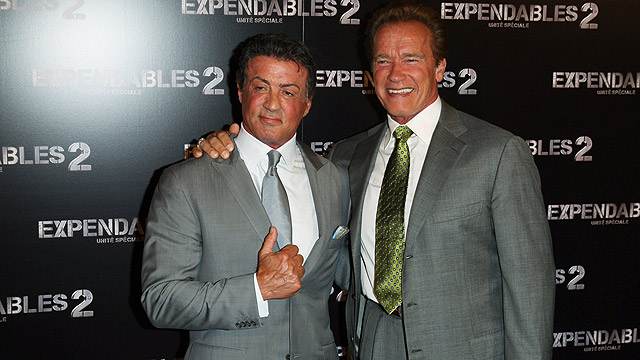 Arnold Schwarzenegger and Sylvester Stallone (Photo: MCT)
CCFP, an organization that brings together prominent members of the entertainment industry to counter the cultural boycott of Israel, applauded the hundreds of artists and executives who signed the statement. Scores of celebrities and power-brokers from the Hollywood establishment have come out in support of Israel and a peaceful resolution to its conflict with Hamas.

Stars such as Arnold Schwarzenegger, Sarah Silverman and Seth Rogen expressed support for Israel and said Hamas "cannot be allowed to rain rockets on Israeli cities, nor ... hold its own people hostage." 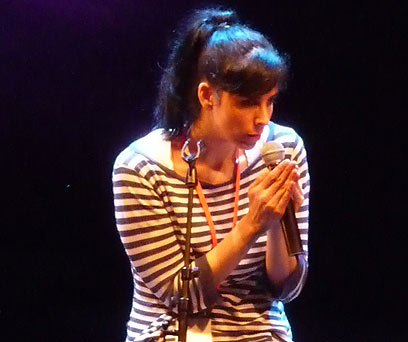 The statement comes after weeks in which a number of celebrities, including Penelope Cruz and husband Javier Bardem, condemned Israel for its handling of conflict, with Cruz and Bardem even accusing Israel of genocide. But with the notable exceptions of comedian Joan Rivers and actors Roseanne Barr and Mayim Bialik, few have expressed support for Israel.

Aaron Sorkin, Academy- and Emmy-award winning screenwriter, producer, and playwright, commented on his own endorsement, stating, "The CCFP statement fully supports the right of the Palestinians in Gaza to live in peace and prosperity. We unambiguously condemn the values and actions of Hamas, a barbaric and brutal terrorist organization that is the enemy of basic human rights, equality, freedom, and peace." The statement has already run in major industry publications, including Billboard, Variety, the Hollywood Reporter, and Deadline Hollywood, as well as in mainstream national publications such as the Los Angeles Times. The ad was also sent to international publications from India to Romania, including the Times of India, the Latin Post, Italy’s Il Mattino, and Romania Libera. “It is gratifying to see that recent events in Israel and Gaza have caused an outpouring of support for Israel in its fight against Hamas, whose founding charter calls for the death of all Jews and the obliteration of an entire nation," said CCFP co-founder David Renzer. "This support comes from all facets of the entertainment industry, including top musicians, actors, and executives. The unifying statement also comes at a time of growing concerns regarding the rise of global anti-Semitism, usually cloaked in anti-Israel sentiment,” added Renzer. Among the signatories are veteran action stars Arnold Schwarzenegger and Sylvester Stallone, Jewish comedian Sarah Silverman, television host Bill Maher, Academy Award nominee Minnie Driver and owners of large Hollywood studios such as co-chairman of Sony Pictures Entertainment Amy Pascal, Chairman and CEO of MGM Gerry Barber.