Unit 8200 reservists react to refusal letter: You should be ashamed

After 43 officers from IDF's top intel unit send letter vowing to refuse to report for duty related to occupation, over 200 soldiers, officers from unit respond, saying 'Refusal to serve on basis of politics has no room in IDF and certainly not in 8200.'

Over 200 former soldiers and officers from the elite military intelligence Unit 8200 have responded to a letter signed by a group of reservists who said they would not report for reserve duty related to the occupation of the Palestinians, saying they are "ashamed" of their comrades.

The letter and full interview with the group was first published by Ynet and its sister print publication Yedioth Aharonoth Thursday. Saturday the group responded to the wave of criticism their letter inspired. 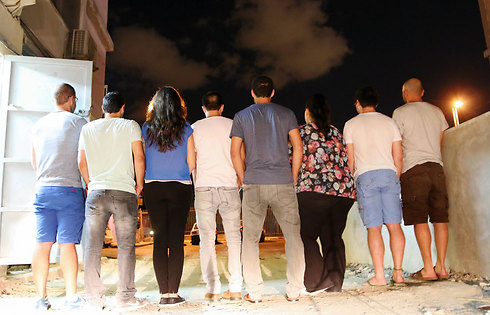 Unit's soldiers respond: 'You should be ashamed'

In the response letter sent to the head of the unit and the IDF's military intelligence, the signatories noted they reject any form of refusal to serve and vow to report for reserve duty.

"We wish to express our dismay, disgust and complete disavowal of our friend's unfortunate letter," they wrote. "Refusal to serve on the basis of politics has no room in the IDF and certainly not in Unit 8200. When we as reserve soldiers are called to serve, we put our orientations and political opinions aside and serve our country." They also denied the original letter's original claim, namely that the unit is involved in immoral spy tactics against innocent Palestinian civilians and thus serves a tool of political oppression. "As people who know from their own experience what the unit has done over the years, we cannot make peace with the accusations of lake of ethical and moral standards in the unit's work. Over the years we have witnessed countless incidents in which our work has saved lives on both sides. Moreover, when ethical dilemmas arose, we saw they were seriously and maturely addressed in accordance with international law and the IDF's ethical code," the letter read. 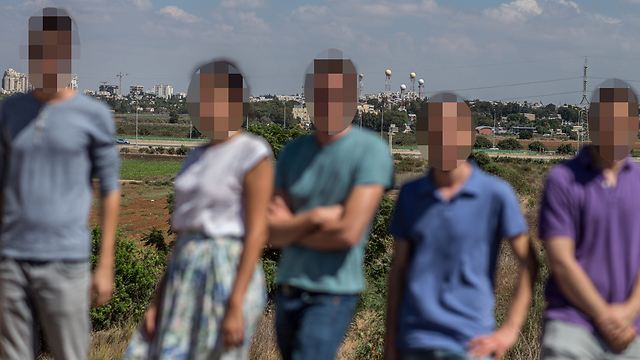 'Why we won't serve in occupation ' (Photo: Tal Shahar)

L. who signed the response letter, told Ynet that though he understood the signatories did not want to "be perceived as traitors, but they have lost their minds. They want to tell the world what happens inside a top secret unit for political proposes. They should have addressed this internally." H. another responder who served during Operation Protective Edge, admitted the work entails ethical dilemmas, but said they should not be aired publically. "It's true there are moral dilemmas involved in our work, but it is also shameful to tarnish the unit while it cannot defend itself publically because of the top secret nature of its works. That's the reason we have responded," he explained.

Breach in the fence

The letter has inspired the ire of Defense Minister Moshe Ya'alon, who slammed it as aiding those out to delegitimize Israel and the IDF. Sunday saw with it a new wave decrials from the IDF's top brass.

Brigadier General (res.) Hanan Gefen, who served as Unit 8200 commander in the past, slammed the letter Sunday, saying "the letter is a transgression of the ethical and personal code of 8200's people, this is the first time something of this magnitude has happened. " Gefen said the letter was "motive by a perverse political agenda. The more we examine this, the more we will see we should not be given these people a platform to sound their views. " According to Gefen, "never has someone breached the fence is such a way… everyone at 8200 fought for the right to be in 8200, and whoever doesn’t want to be, won't be." He called for a "drastic and dramatic" response to the letter, and said he doubts "there is any politician, even Arab, who would support this letter." IDF Spokesperson's Unit chief Brig. Gen. Moti Almoz also commented on the letter, writing on his Facebook page on Sunday that "there is no room in the IDF for refusal to serve."

Almoz called the move an "exploitation of military service in order to express a political position. We see the incident as severe and serious disciplinary action will be taken." The IDF Spokesperson also noted that "only 10 out of the 43 signatories on the letter actually belong to the circle of control."