In times following a war, the public tends to show solid support for the defense establishment. A Calcalist poll reveals, however, that most Israelis believe that an increase in the defense budget cannot be made at any cost. Moreover, some 60 percent of the public think that meeting all the budget demands of the defense establishment is a no-go, particularly when they come at the expense of civilian budgets such as education, welfare and health. Add to this the fact that the vast majority of the public, some 90 percent, believes that any addition to the defense budget should be contingent on a streamlining of the defense establishment, one may just cotton on to the poll's most significant message to Israel's politicians: Prime Minister Benjamin Netanyahu and Finance Minister Yair Lapid are so busy exchanging political blows that they haven't really stopped to listen to the voices of the people who elected them to lead. 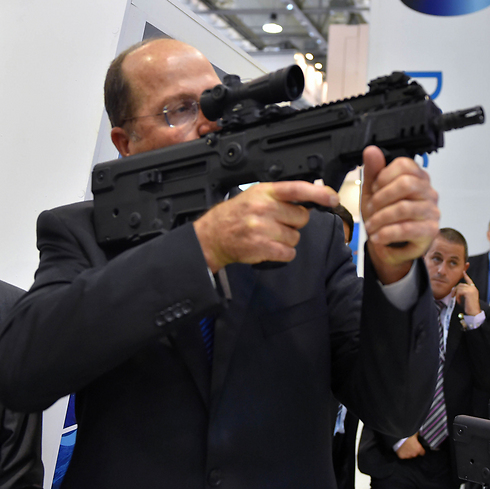 Defense Minister Moshe Ya'alon wants to spend more on security. (Photo: Defense Ministry)
The Israeli public is no longer so tightly gripped by the threat of war that it is blind to the defense establishment's anomalous budget demands. When such a picture emerges from out of the shadows of a military campaign still clear in the minds of the public, it carries particular weight, and serves as a significant point to consider ahead of the coming budget.

Netanyahu, meanwhile, remains the same old Netanyahu – the man who says he was opposed to the disengagement from Gaza, but voted for it; the man who called in the past for toppling the Hamas regime in Gaza, but held talks with the organization to end Operation Protective Edge; the man who wove a devious plot with Ehud Barak and granted him half the kingdom in return for splitting the Labor Party and joining the government; the man who then went on to play another dirty trick and bring Shaul Mofaz into the coalition, leading everyone to believe that elections were just around the corner.

He is also the man who promised Lapid that he would support the bill proposing zero-VAT for first-time homebuyers and voted for it in the cabinet, but only in an effort to twist his finance minister's arm further down the road in favor of additional budgetary concessions for the defense establishment. Over the past few days, Netanyahu has been caught up in a political whirlwind that has led him to freeze discussions on the zero-VAT bill. He is determined to push Lapid into a corner. The finance minister, for his part, has declared that he adamantly opposes tax hikes and is bent on trying to spread the economic gospel of the middle-class. The Calcalist poll, conducted by Midgam Research & Consulting, reveals, however, that Netanyahu has no rational cause to be concerned about his position. At this point in time, in his third term in office as prime minister, he may have slumped to a low-point in terms of his support within the Likud, but the public has yet to identify a suitable political alternative to replace him. 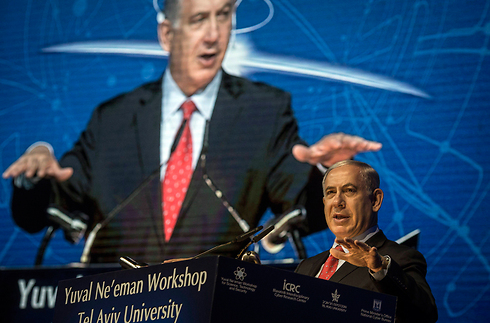 Prime Minister Benjamin Netanyahu. (Photo: EPA)
From an economic perspective, this is evident in the fact that Netanyahu's economic leadership rates relatively high among the public, with some 25 percent of the respondents in the poll noting that he is the man to be trusted on the matter. But Netanyahu is not the only person of interest in this regard. One would expect Bank of Israel Governor Karnit Flug, the apolitical economic authority, to enjoy higher levels of support than the prime minister as a politician. Yet, this is not the case: Flug received backing from just 23 percent of the public. One can only surmise that Stanley Fischer, her predecessor in the post, would have scored higher, perhaps even higher than Netanyahu. As for the finance minister, he is lagging way behind both of them, with just 12 percent of the public noting that Lapid is the man to be trusted when it comes to economic affairs. In any event, all three should be concerned primarily by the fact that some 40 percent of the public do not trust any one of them when it comes to managing the country's money.

Lapid and his bill at an all-time low

To a certain extent, one could argue that the zero-VAT bill, Lapid's baby, is responsible for eating away at the public's assessment of the abilities of the finance minister. The Calcalist poll shows that 44 percent of the public believe that in light of the current circumstances, following Operation Protective Edge, the law proposal, which would strip the state of billions of shekels in revenue, should be retracted. 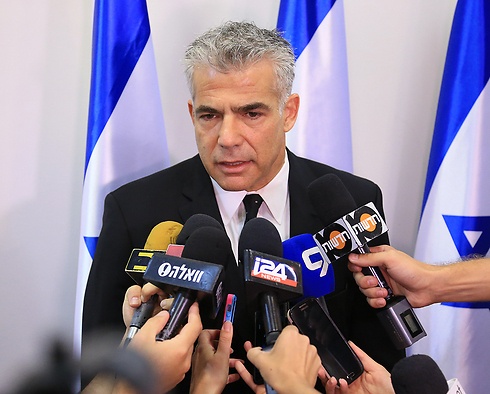 Finance Minister Yair Lapid. (Photo: Yaron Brener)
This view of the public has been sparked by an unprecedented economic coalition, which has repeatedly explained in recent months that the proposed law will not benefit the public in the long run. The efforts of this coalition have borne fruit, and Lapid's flagship initiative has scant public support, with just 14 percent of the poll's respondents convinced that the bill should not be retracted under the current circumstances. Operation Protective Edge could serve as the ladder that allows the finance minister to climb down from his pedestal, but he refuses to do so – either because he is still convinced that the law is a good one, or because he is afraid to renege on his promise to the public. Netanyahu and Lapid have traded accusations over the proposed law in the past few days, with the former threatening to freeze it and the latter threatening to resign from the government coalition if the bill isn't approved. The results of the poll indicate that Netanyahu will not be harshly judged by the public if the bill is blocked. Contrary to Lapid's assessments, the public does not view the zero-VAT initiative as sufficiently financially beneficial so as to trump other economic assessments that see the proposed law as detrimental to the housing market, beyond the stagnation that is currently gripping it.