Former tourism minister is suspected of tender bias in favor of private company that hired producer with intimate ties to him, as well as exceeding allocated amount of ministry funding to events in question.

Former tourism minister Stas Misezhnikov (Yisrael Beiteinu) is the politician who was questioned earlier this week on suspicions of bribery and tender bias during his term in office, it was cleared for publication on Thursday.

Event producer Yuli Roth, who has close ties with the former minister, and the Israeli Fashion Channel's vice president Uzi Gertie, were also held for questioning.

Investigators from the police's Anti Fraud Unit arrived at Misezhnikov's home in the early morning hours of Tuesday, searched the home and held the former minister for questioning for hours. The investigation itself, which was being conducted covertly for the past few months, was based on a State Comptroller report from 2013. 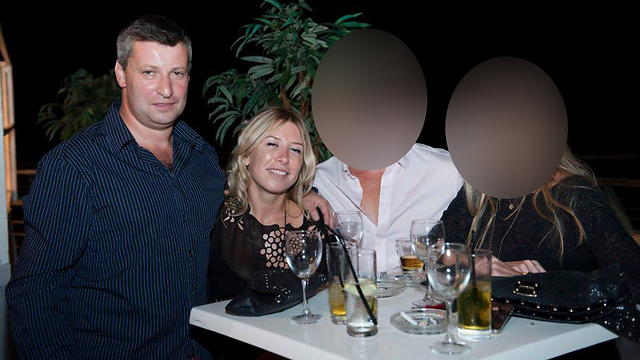 Misezhnikov with Roth (Photo taken from Facebook)
Misezhnikov is suspected of transferring Tourism Ministry funds to productions of events in Eilat, including events for the Israeli Fashion Channel, in which people close to the minister were involved. These events, police suspects, were produced by Roth, and she received hundreds of thousands of shekels for her work. Police suspects Misezhnikov and his ministry ensured the company that hired Roth as a producer will always win the contracts for the events. Police has testimonies relating to additional suspects, some with current ties to politics, who were also linked to these productions. Some of these suspects will likely be summoned to testify next week. The investigation was launched following a grave report released in October 2013 by State Comptroller Yosef Shapira about Misezhnikov's conduct. The comptroller's inspection was launched following an investigative journalism report aired on the Channel 10 show "HaMakor" in 2011, which found that the Tourism Ministry approved unusual financial aid to a festival held in Eilat in 2010 based on the intimate relationship between the then-minister Misezhnikov and Roth, who was hired by the festival's organizers. The comptroller inspected the Tourism Ministry's participation in the funding of tourism-related events in general, and the ministry's part in funding the student union festival in Eilat in particular. The state comptroller found grave shortcomings in the decision-making process on the authorization of the ministry's participation in the funding of the festival, as well as in supervision on the use of the ministry's funds. The report stated that the minister's own conduct was surprising, to say the least, when he knew the winning contractor hired the event's producer, Roth, only shortly prior to winning the contract, with Roth having a long and personal relationship with Misezhnikov. For her work producing that event, Roth was paid NIS 70,000. 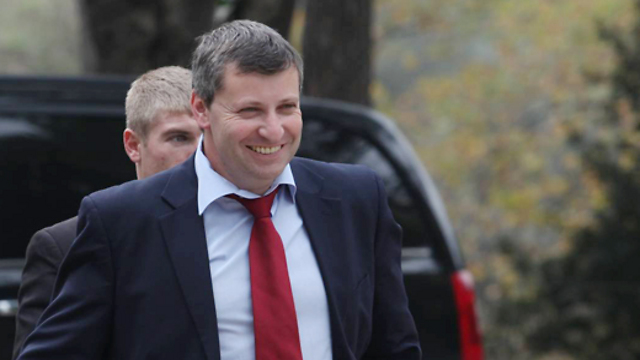 Shapira dedicated an entire section in his report to Misezhnikov's conduct. "The tourism minister's acquaintance with the producer, and the circumstances that brought the ministry to help fund the student union festival, raise doubts on whether or not the minister's conduct was in order," the comptroller wrote.

The reported said that "the tale begins in July 2010, when the Tourism Ministry decided to participate in the funding of an international students festival that was held in Eilat in September 2010 and organized by the National Union of Israeli Students. The festival was produced by a private company, and the ministry provided NIS 936,000 to the funding of the event, that constituted 14% of the ministry's allocated budget for events in 2010, and 33% of the actual funding done that year." According to the report, the Tourism Ministry mostly worked with the private company, rather than the students union, despite the fact the ministry was aware the company was only producing the festival, and was not the one organizing it. The state comptroller found that the ministry's funding constituted some 80% of the production's expenses, even though the ministry committed to funding no more than 49%. "There is concern the ministry used the student union as a go-between, in order to contact the private company and as a means to transfer the ministry funds to the company, which works to make a profit and was therefore not entitled to funding from the ministry directly," the report said. According to the report, the ministry, whose funding of the festival was NIS 936,000, went over the maximum sum allocated for funding of events - NIS 350,000 for each event. The comptroller could not find any justification to the exception made. In addition, the budget was not released to the public, which prevented competition, and the ministry did not examine the option of funding other festivals. The report goes on to detail additional failures in the ministry's conduct: the ministry did not ask the student union for a report detailing the actual expenses as stated in the contract and did not demand original invoices for the festival's expenses, as is customary. "The inspection found severe failures in the Tourism Ministry's conduct on funding of non-government companies - event organizers in general, and the organizers of the 2010 student festival in particular," the comptroller wrote.