"Daesh (ISIS) is a distant matter, it is the business of the Syrian regime on the Iraqi border; we do not see any Daesh presence on this front," said deputy commander of the Golan's 210th Regional Brigade, Col. Nir Ben-David, on Sunday. The senior officer said that the "global jihad we have here is not ISIS, but there is a certain risk that the group will be interested in this side of the border. The reality could change." 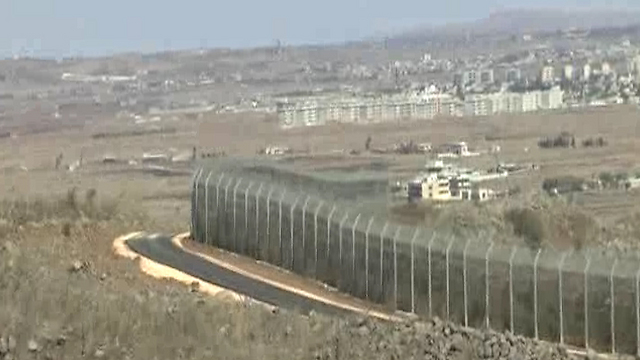 Syria-Israel border on Golan Heights (Photo: Avihu Shapira)
Speaking to reporters regarding the recurring incidents of stray fire into the Israeli Golan Heights from the battles between the Syrian army and rebels, the senior officer said: "We are overlooking new and old Quneitra, an area that is relatively quiet today. But this region was highly active in recent days, with attacks by one side on the other." He emphasized the proximity of the conflict. "We are witnesses to what happens on the other side of the border, mere meters, a step away from the very orchards we can see here on the Israeli side.| 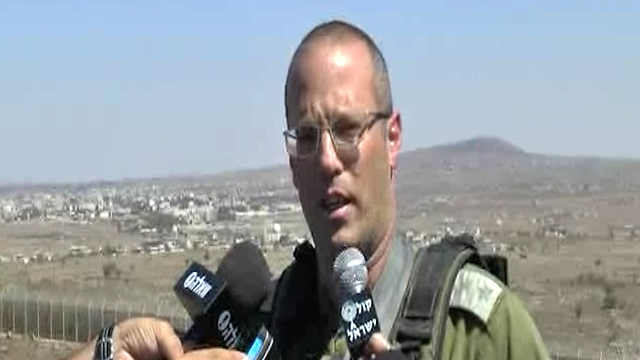 Col. Nir Ben-David (Photo: Avihu Shapira)
The officer said that Israel can differentiate between intentional fire from Syria to stray fire from the internal battles. 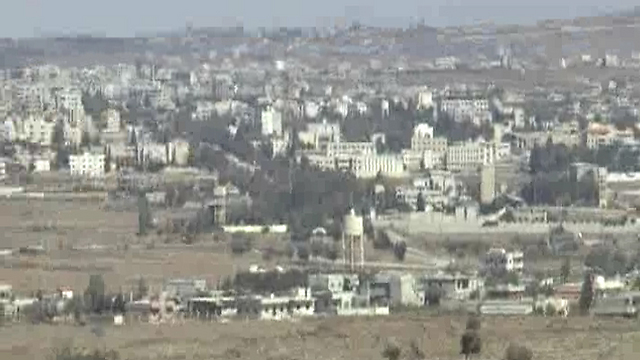 "(This is an) internal Syrian conflict between different factions, between the government and the military, between the rebels and the various groups which have come into the field to fight against the Assad regime. The war is an internal dispute among Syrians and we hope, as the Israeli Defense Force, that it ends," he said, emphasizing that "the Syrians must determine their future and the future of this conflict."

Col. Ben-David said that the IDF was maintaining a close watch on the situation in Syria. "We are observing the developments on the other side with vigilance; we have developed extensive capabilities in the Golan Heights over the years. The capabilities we developed help us deal with all the incidents occurring on the Golan front, and they are also intended for the future – to make sure we are one step ahead of the enemy."