Riots break out on Temple Mount on Rosh Hashanah eve

Police forces push back rioters into Al-Aqsa mosque while being pelted with large rocks and firecrackers, restoring order.

Riots broke out on the Temple Mount shortly after the complex was opened for visitors on Wednesday morning, the eve of Rosh Hashanah.

Dozens of masked youth, who set up blockades at the entrance to the Al-Aqsa Mosque, started throwing firecrackers, rocks and stones at police forces stationed at the Mugrabi Gate.

YASAM and Border Police troops entered the Al-Aqsa compound and pushed the rioters back into the mosque, as rioters continued pelting them with large rocks. 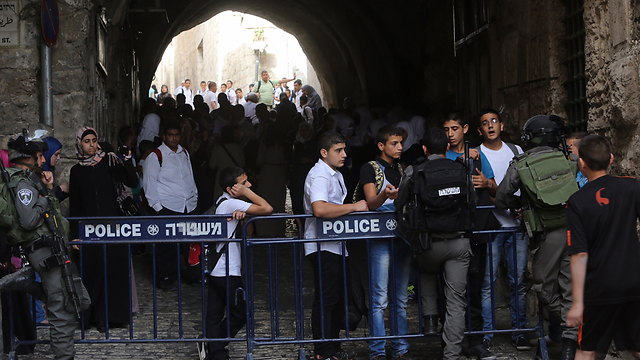 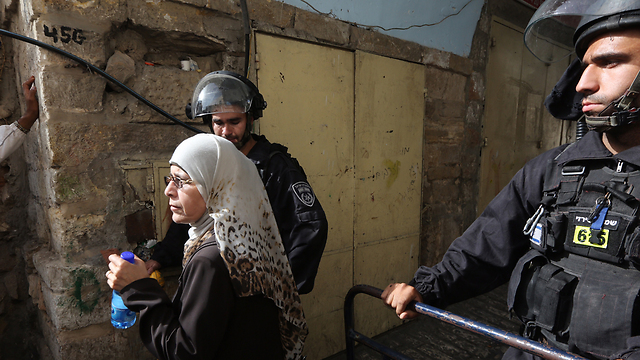 The troops removed the blockades set up by the rioters and locked the doors of the mosques with the rioters inside.

Four policemen were lightly wounded in the clashes and treated on the scene by police medics.

A photo released by police shows a police officer who was hit by a firecracker. He received treatment on the scene from police medics. 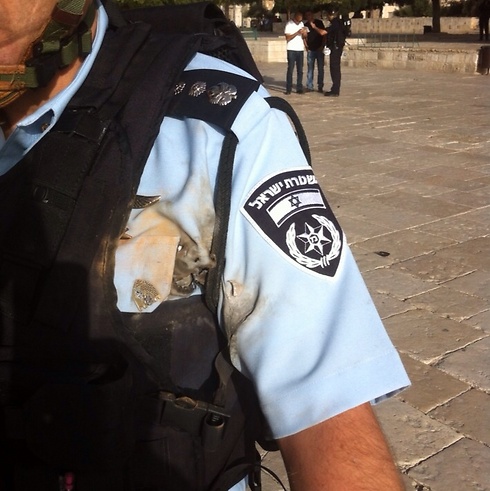 After order was restored, Jewish visitors and tourists were allowed back into the Temple Mount. One Jew was detained and barred from the area out of concern he intends to disrupt the peace.

Border police troops detained a 9-year-old boy who was throwing stones at an Israeli car in Ma'ale ha-Zeitim. No one was hurt and no damage was caused during the incidents. The boy's parents were notified and a welfare authorities were informed.