AMMAN - A Jordanian court on Wednesday acquitted radical Muslim preacher Abu Qatada - known for his fiery pro-al-Qaeda speeches - of involvement in a plot to target Israeli and American tourists and Western diplomats in Jordan more than a decade ago.

The ruling capped a lengthy legal odyssey for the 53-year-old cleric who has been described as a onetime lieutenant to Osama bin Laden, but in recent months emerged as a harsh critic of the Islamic State militant group. Abu Qatada was deported from Britain to Jordan last year, after years of fighting extradition.

The three-judge panel unanimously acquitted Abu Qatada "because of the lack of convincing charges against him," said Judge Ahmed Qattarneh. 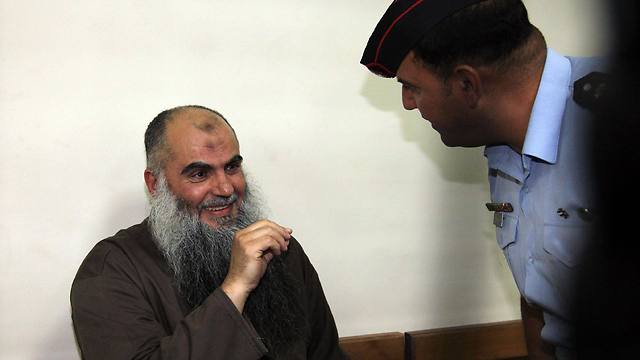 Abu Qatada in court in Jordan (Photo: EPA)
The gray-bearded Abu Qatada sat on a bench in a cage in the courtroom, largely blocked from view by black-clad riot policemen lining the case. When the verdict was announced he briefly punched his left fist in the air. Several family members jumped up from their seats, one calling out "Allahu Akbar," or "God is great."

"It's been a long time," said a female relative, apparently referring to the cleric's time in custody.

Abu Qatada was set free on Wednesday several hours after his aquittal. "Abu Qatada has been released from prison and is now on his way home," the judicial source told Reuters.

The case had been tried in Jordan's State Security court, but with civilian judges. 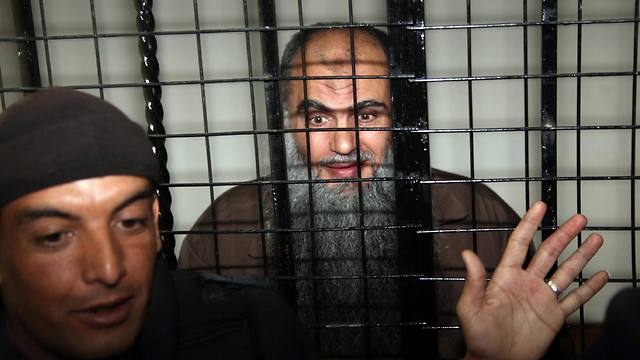 Abu Qatada was charged with involvement in plans to target Israeli and American tourists and Western diplomats in Jordan in 2000 - the so-called "millennium plot."

Separately, he was acquitted in June in another case, a foiled 1999 plan to attack an American school in Amman. He had pleaded not guilty to both sets of charges in the proceedings against him.

Reacting to the verdict, Britain's immigration and security minister, James Brokenshire, said "it is right that the due process of law has taken place in Jordan."

He said Abu Qatada had been deported from Britain because courts there determined he posed a threat to national security. "Abu Qatada remains subject to a deportation order and a United Nations travel ban. He is not coming back to the UK," Brokenshire said. 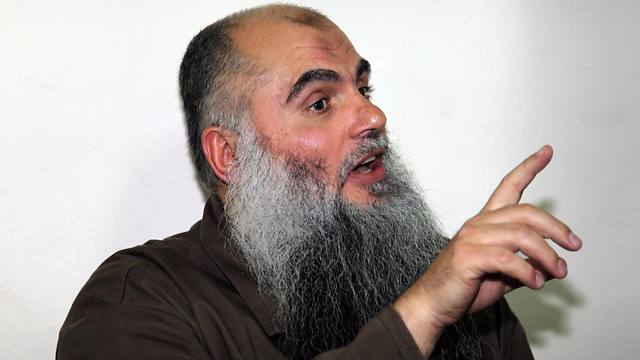 The West Bank-born Abu Qatada fled a Jordanian crackdown on militants, arriving in Britain on a forged passport in 1993. He was granted asylum a year later, but eventually wore out his welcome because of his suspected militant activities.

He had been convicted in absentia and sentenced to life in prison on both Jordanian charges. But on his extradition to Jordan last July, those sentences were suspended and he was ordered to stand a new trial. Abu Qatada, whose real name is Omar Mahmoud Mohammed Othman, had questioned the impartiality of Jordan's military court, an issue that delayed his deportation from Britain for years. But last June, Britain and Jordan ratified a treaty on torture, paving the way for his extradition. While in custody in Jordan, Abu Qatada had emerged as an influential critic of Islamic State militants who have killed thousands of people, beheaded Westerners - including two American journalists - and captured large swaths of Syria and northern and western Iraq in a blitz this summer. In a court appearance earlier this month, Abu Qatada said he is certain the Islamic State group will be vanquished, adding that "they have the ability to kill and destroy, not to build."

His comments reflected the bitter rivalry between al-Qaeda and the Islamic State group, which has rejected al-Qaeda's central authority. The al-Qaeda branch in Syria, known as the Nusra Front, has fought the Islamic State.

Abu Qatada's criticism has given legitimacy to the struggle against the Islamic State group, said Fawaz Gerges, a Britain-based expert on Islamic militants, speaking before the verdict.

"The fact that the Jordanian authorities are allowing him (Abu Qatada) to make statements shows the importance of his voice at this particular junction in the struggle against Daesh," said Gerges, using an Arabic acronym for Islamic State.

Another renowned jihadi ideologue in Jordan, Abu Mohammed al-Maqdisi, has also come out against the Islamic State group.

Over the weekend, al-Maqdisi called on Islamic State militants to release British aid worker Alan Henning and said non-Muslims who aid need Muslims should be protected.

Al-Maqdisi was released from prison in Jordan in June, after serving five years on terrorism charges.