In speech at the UN General Assembly, Iranian president warns of West's involvement in Middle East conflicts, urges diplomacy instead of military intervention.

Iranian President Hassan Rouhani on Thursday alternated between warning the West against interference in conflicts in the Middle East and stressing the importance of reaching a diplomatic resolution to the nuclear dispute, in his speech at the UN General Assembly.

Rouhani accused western nations of helping foster extremism in the Middle East with racism and Islamophobia, as well as colonialism.

The West's "strategic blunders" in the Middle East and Central Asia have created "havens for terrorists and extremists," Rouhani asserted. "Certain intelligence agencies have put blades into the hands of mad men, who spare no one."

"Terrorism germinates in poverty, unemployment, discrimination, humiliation and injustice. And it grows in the culture of violence," he continued.

The Iranian president demanded "those who have played a role in founding and supporting these terror groups" to "acknowledge their errors that have led to extremism" and "apologize not only to the past but also to the next generation."

He pointed at the West's "erroneous strategic approach" in the Middle East, citing military intervention in Afghanistan, Iraq and "improper interference in Syria."

The West's attempt to bring democracy prematurely to these countries, Rouhani asserted, has weakened these governments, which in turn opened a gateway for extremism.

"We've always believed democracy cannot be transplanted from abroad. Democracy is the product of growth and development, not war and aggression," he said. "Democracy is not an export product that can be commercially imported from the West to the East."

"In an underdeveloped society, imported democracy leads only to a weak and vulnerable government," he added.

"When Generals step into a region, do not expect diplomats to greet them warmly; when war begins, diplomacy tends to end. When sanctions set in, deep hatred for those imposing them begins. When the atmosphere of the Middle East is securitized, the answer will be as well," the Iranian president continued. 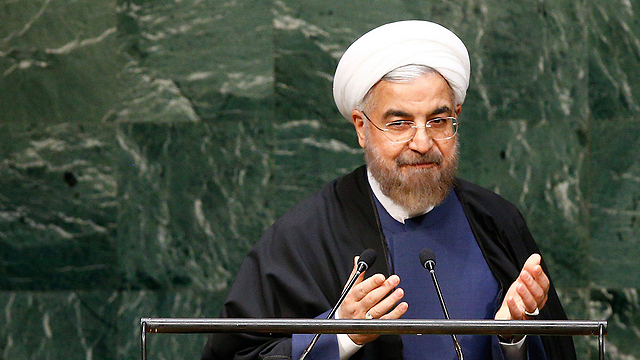 Rouhani accused the Western world of "inadequate understanding and incorrect approach" to the rise of extremism in the Middle East.

Instead of trying to maintain their hegemony in the region, Western countries should leave the Middle East to regional "moderate politicians and elites who enjoy the confidence of their peoples," the Iranian president said.

These regional leaders, Rouhani said, are "neither anti-Western nor pro-Western. These leaders can establish the strongest national and international coalitions against violence. The voices of these leaders are the true voices of moderation in the Islamic world; the familiar sound of an Afghan tired of war; an Iraqi victim of extremism; a Syrian fearful of terrorism; and a Lebanese worried over violence and sectarianism."

Failing to entrust the job of fighting violence and extremism in the region to "the people in the region who can deliver" would be "a strategic mistake" as "tomorrow the world will be safe for no one," Rouhani warned. 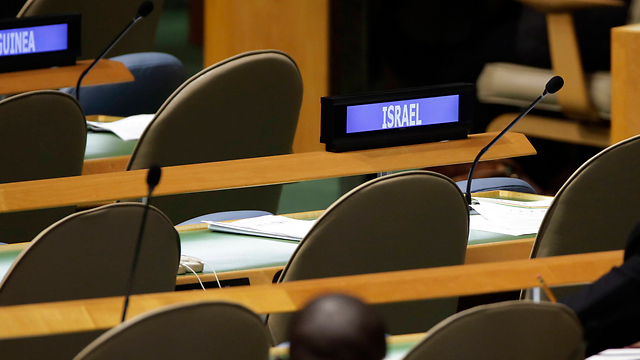 Only diplomacy can solve nuclear dispute

Turning to the nuclear issue, the Iranian president noted that it "could only be resolved through negotiation, and those who may think of any other solution are committing a grave mistake."

The Iranian president said negotiations between Tehran and world powers have been conducted with "seriousness and optimism" on both sides, and expressed hope a final accord would be reached until the November deadline.

Encouraging "compromise and agreement," Rouhani said the prerequisite of success in reaching a peaceful resolution to the nuclear dispute is the "strict implementation of commitments and avoidance of excessive demands by our counterparts."

The Iranian president claimed his country was "committed to continue our peaceful nuclear program, including enrichment, and to enjoy our full nuclear rights on Iranian soil within the framework of international law."

Recent reports have indicated the United States and Iran were holding talks on possible collaboration in the fight against the Islamic State. Iran's Supreme leader Ayatollah Ali Khamenei has ruled out such cooperation, while US Secretary of State John Kerry denied it.

In his speech, Rouhani noted that "a final accord can serve as the beginning of multilateral collaboration aimed at promoting security, peace and development."

But for this cooperation to happen, the West must first remove the sanctions it imposed against Iran, Rouhani said.

"The people of Iran can’t place their trust in any security cooperation between their government and those who have imposed sanctions," he said.