Jerusalem Mayor Nir Barkat responded to criticism lodged by the US over Israel's controversial plan to build some 2,500 new housing units in southern Jerusalem (beyond the Green Line), while Peace Now, a leftist NGO who first reported the move, slammed the prime minister for his "destructive policies." 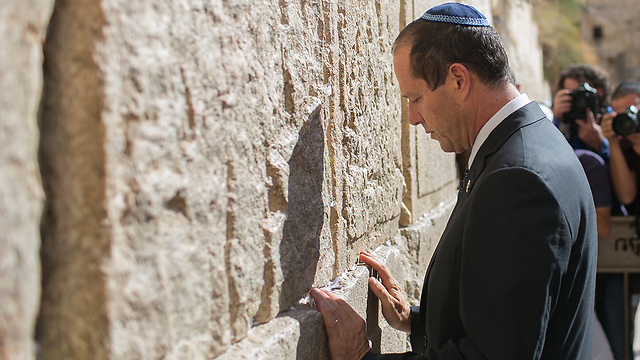 In a striking public rebuke, the Obama administration warned Israel on Wednesday that plans for a controversial new housing project in southern Jerusalem (near the Palestinian village of Beit Safafa) would distance Israel from "even its closest allies" and raise questions about its commitment to seeking peace with Palestinians

The White House said continued building in Jerusalem "poisons the atmosphere" with the Palestinians – to which Jerusalem's mayor Barkat responded that "the construction in Jerusalem is not poisonous or damaging, but rather necessary, important and will continue with full force".

The mayor continued, calling the condemnation akin to racism: "I will not cooperate with a construction freeze against the Jewish people in the capital of Israel. Discrimination based on religion, race and sex is illegal – it is not permitted in the US or in any other enlightened country.

"The apartments which we authorized almost two years ago will allow more young people to live in Jerusalem and plan their future in it, which is essential for the city's rejuvenation. We will not apologize for that," Barkat added.

The new 2,500-unit project that stoked US anger is contentious because it would complete a band of Jewish areas that separate Jerusalem from nearby Bethlehem. The US has repeatedly criticized Israeli construction in East Jerusalem as well as beyond the Green Line, casting it as damaging to efforts to secure an elusive peace accord with the Palestinians.

East Jerusalem housing units (Photo: Reuters)
Peace Now Executive Director Yariv Oppenheimer addressed Prime Minister Benjamin Netanyahu's accusations according to which the organization tried to harm his talks with the White House by intentionally publishing the Jerusalem construction plans just few hours before his meeting with the US President.

"Netanyahu has only himself to blame. He is responsible for authorizing building in sensitive areas. The Prime Minister should reserve for himself and his ministers his frustration over the destructive impact of his policies on Israel foreign relations,” Oppenheimer said.

Netanyahu also responded, saying that "I think they (the Obama administration) should be acquainted with the facts first. You know? First of all, these are not settlements. These are neighborhoods of Jerusalem. We have Arab neighborhoods and we have Jewish neighborhoods," Netanyahu told NBC news.

The White House also condemned what it called the recent occupation of residential buildings in Silwan, an Arab neighborhood in East Jerusalem where several hundred hard-line Israeli settlers have moved in recent years. Earnest called the move "provocative" and said it would "escalate tensions at a moment when those tensions have already been high."