The IDF said Sunday that troops opened fire at a number of suspects who crossed into Israeli-controlled territory from neighboring Lebanon, while reports in Lebanon said the group was Lebanese soldiers. One person was wounded during the altercation with the IDF.

There were conflicting reports about the shooting in the Shebaa farms area, a disputed zone along the frontier between Lebanon and Israel. The UN peacekeeping force in Lebanon, UNIFIL, said it was aware of the reports and was investigating. 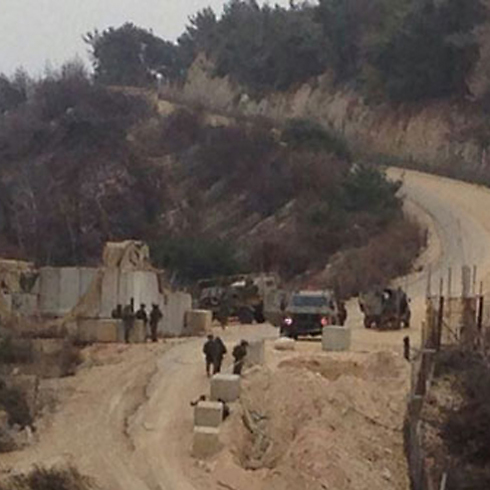 "An IDF force on operational duty identified a cell crossing the (Blue Line) border. The force opened fired with light weapons, hitting one of the suspects," an IDF spokesman said. "The cell escaped north into Lebanese territory, and the incident is being investigated." The army did not say whether the suspects were militants or civilians, or where exactly the incident occurred.

The Lebanese military said an army outpost came under Israeli fire, lightly wounding one soldier. It said in a statement that the army dispatched mobile units to take the appropriate defensive measures. 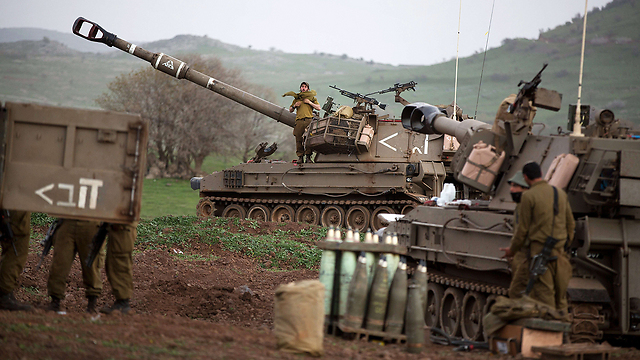 IDF troops in the Golan heights near the Lebanese border, archive (Photo: AFP)
The group, the IDF claimed, was made up of two or three people and they crossed the Har Dov area – where there is no border fence. After an IDF forces identified them, the forces opened fire and according to the IDF the infiltrators did not return fire.

The IDF described the suspects as a "squad," but wouldn't say whether they were Lebanese troops or fighters from the militant Hezbollah group.

The Hezbollah-affiliated news network Al Manar said that a Lebanese's soldier was wounded in the incident and taken to a local hospital. The report further blamed the IDF for the incident and claimed the IDF were attempting to reach the A-Sadna area and the incident began when Lebanese forces attempted to stop them.

A security source in Lebanon told Al Nahar that the incident has been reported to UNIFIL and that calm has been restored in the area.

Israel fought Hezbollah militants during a month-long war in 2006. Since then, the sides have observed a truce, although smaller militant groups have occasionally fired rockets into Israel.

Meanwhile, the al-Qaeda linked Nusra Front Syrian rebel group said Sunday it has managed to take over a strategic area on the outskirts of Quneitra, not far from the border with Israel, in southern Syria.