Advanced missile defense system, battle-tested in several operations, has yet to win over global procurement agencies – due to its astronomical price.

Normally, an advanced new weapon system with a battle-proven success rate of 90 percent would have global defense procurement agencies on the phone in minutes. But Israel's Iron Dome rocket interceptor is yet to prove a hit with buyers abroad. In terms of operational achievement, tested on the Gaza, Lebanese and Egyptian Sinai fronts, Iron Dome is unrivalled in the arms market. However its uniqueness – developed for a particular threat in a particular place – also limits its appeal to countries dealing with more conventional military adversaries.

And Israel further curbs its potential client pool by not selling to countries with which it has no diplomatic ties – ruling out Gulf Arabs who, given their standoff with Iran, are looking into missile defense. 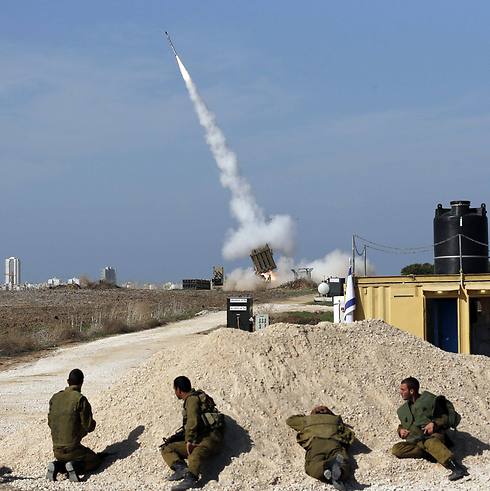 Iron Dome in action during Operation Pillar of Defense in 2012 (Photo: Reuters)
"It is arguable that Iron Dome is tailored to deal with the specific Israeli challenge of combating short-range rocket and missile threats by non-state actors," said Avnish Patel of the Royal United Services Institute (RUSI), who runs the British think-tank's annual ballistic missile defense conference. So far the system – its effectiveness against Palestinian rocket fire demonstrated beyond doubt since 2011 – has been bought by just one foreign country. Its identity is being kept secret by both sides. Iron Dome's manufacturer, state-owned Rafael Advanced Defense Systems Ltd., would have been content to keep it on home turf and avoid the risk of classified technology leaks, said Yosi Druker, vice president of the company. But with exports a critical prop for Israel's embattled defense budget – the country sells abroad about 80 percent of the weaponry it develops, earning $6.5 billion a year – finding foreign customers for Iron Dome was seen as a natural next step. "Rafael invested a great many millions of shekels in developing this system," Druker, a senior member of the Iron Dome project, told Reuters. "It could not afford to have done this without selling abroad."

Iron Dome was rushed through development after northern Israel was heavily shelled by Hezbollah guerillas in the 2006 Lebanon War. The Israelis were banking on its export prospects from early on, says one person who was present when the system aced its first live trial, in 2009, and told Reuters that two officers from a foreign country that regularly buys Israeli defense products were among observers at the desert test range. Another country closely involved with the project, the United States, provided a substantial outlay to enable Israel to deploy the system – more than $1 billion – but declined to buy it for its own forces in Afghanistan and Iraq.

Among the Pentagon's misgivings was the $100,000 price of Iron Dome radar-guided interceptor missiles and their perceived unsuitability for insurgents' low-trajectory mortars, said Riki Ellison, president of the US Missile Defence Advocacy Alliance. 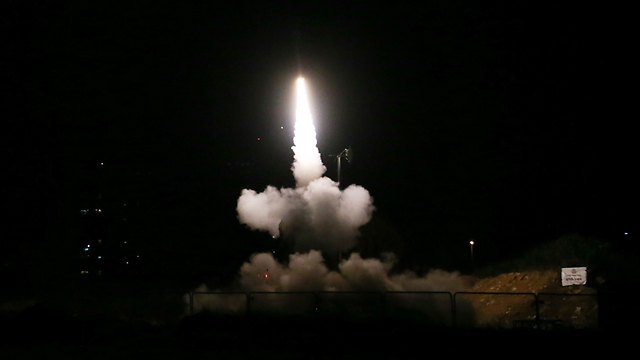 Iron Dome battery fires interceptor during Operation Protective Edge (Photo: Yaron Brener)
"The Iron Dome does not do mortar protection that close, and the cost of engagement is not applicable," said Ellison. Israelis are also mindful of the mortar threat, having lost 15 soldiers and civilians to such salvoes in the July-August Gaza war, while rockets from Gaza killed two people. Rafael is now developing Iron Beam, a system that would use lasers to incinerate mortar shells mid-air. Yet Druker insists Iron Dome's anti-mortar capabilities are sound, but were underused in the recent war was because it was often deployed far from Gaza's border. The price of its interceptor missiles could be cut by eventual mass-production and joint manufacturing deals with US firm Raytheon Co. But the roughly $50 million price tag for an Iron Dome battery – radar, command room and two missile launchers – is unlikely to drop significantly. "From the outset, we built this with an extreme view of design-to-cost. There wasn't one screw that we incorporated without first checking if there was a cheaper version available," Druker said.

Also on the roster of countries to which Israel will not offer Iron Dome are those whose military build-up is watched warily by Washington, Druker said – a likely allusion to China and Russia. But Rafael does acknowledge promoting Iron Dome to South Korea and India. The former is menaced by North Korea and the latter is Israel's biggest defense client – a relationship expected to flourish under India's new Prime Minister Narendra Modi, who is especially friendly toward the Jewish state.

Neither Asian power has yet suggested it will buy. 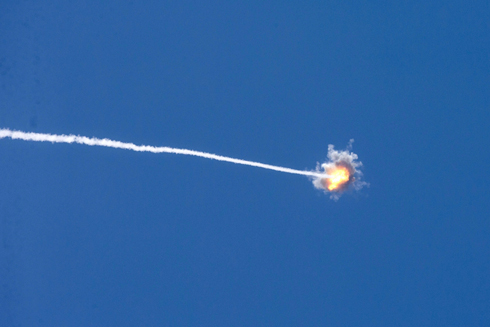 Iron Dome missile intercepts rocket fired from Gaza during Operation Protective Edge (Photo: AFP)
"South Korea would need to spend heavily to buy numerous systems to deter the far more expansive threat of a state actor such as North Korea," said RUSI's Patel, explaining Seoul's hesitation. Meanwhile India is unlikely to want Iron Dome for its population centers, which are not threatened by rockets, says Jeremy Binnie, Middle East Editor for Jane's Defense Weekly. But it might be interested in localized protection for strategic sites, he adds. "You have got that massive (Jamnagar) refinery on the west coast of India. I know the Israelis have already done a lot of security measures around that. It's massive. It's possible India might be interested in getting a few (Iron Dome) batteries to defend targets such as these," Binnie said. In a nod to a coastal defense role, Druker said Iron Dome "can defeat anything fired from the sea and which might endanger energy platforms". Despite initial concerns about technology leaks, Rafael says Israeli national security would not be impaired if this were to happen. The Israeli military is using the fourth-generation model of Iron Dome, leaving Rafael the option of selling only earlier versions abroad and protecting those deployed at home. "Any interceptor missile that falls in Gaza might potentially find its way to the best Iranian labs. You live with it," Druker said.