Majority of sum to be transferred to various government ministries, including education and economy; Welfare Minister: 'Government will be unable to ignore poverty issue any longer'

Welfare and Social Services Minister Meir Cohen announced on Monday a budget increase of NIS 1.7 billion was approved for the implementation of the recommendations of the Elalouf Committee to Reduce Poverty in Israel.

Speaking at a press conference jointly held with anti-poverty committee chairman Elie Elalouf in Jerusalem, Cohen said: "I stated beforehand that it would be an achievement if we manage to jumpstart this process. The Israeli government will be unable to ignore the poverty issue any longer." 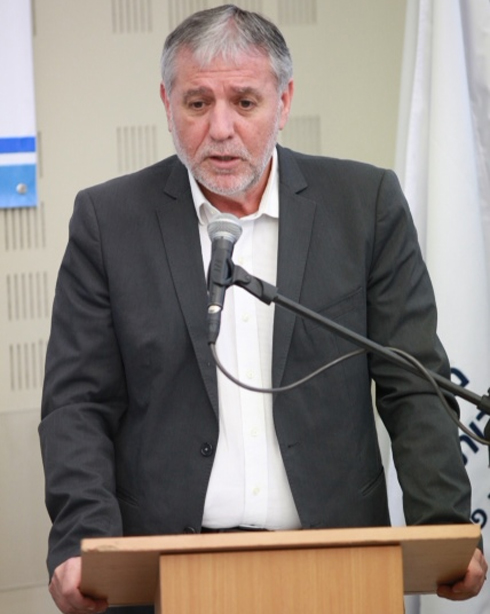 According to the Welfare Minister, some NIS one billion form the basis of the budget, which will be allocated towards the application of the nation’s Committee to Fight Poverty. Some NIS 1.4 billion out of the NIS 1.7 billion budgetary addition will be taken from government ministries' already existing budget money intended to be transferred for the implementation of the resolutions.

Speaking of the achievement, the Welfare Minister said: "Now every minister will know that he has to work with the conclusions reached by the committee."

What will the budget be used for? The Welfare Ministry will use NIS 320 million to increase the Old Age Pension income supplement (given to 190,000 elderly residents who receive income supplement and are defined as poverty-stricken). The amount of the additional funds stands at an average of NIS 250 a month.

NIS 90 million will be used for employment grants given to single mothers; NIS 60 million will go towards subsidizing social services in southern peripheral communities, and NIS 137 million will be allocated to a poverty-fighting program and towards the establishment of centers that help citizens realize their rights.

The budget transferred from the Economy Ministry will be allocated towards the construction of daycare centers (NIS 200 million), after the anti-poverty committee's conclusions prompted government officials to make a significant change in the budgeting method and place an emphasis on the establishment of daycare centers in communities that are considered disadvantaged.

NIS 100 million is designated for vocational training for Israeli employees. NIS 125 will be budgeted for the processes of occupational integration of haredis, Arabs and people with disabilities.

The Health Ministry will allocate NIS 100 million towards the funding of medicine for poverty-stricken elderly residents and Holocaust survivors. NIS 28 million will be used to advance medical services in the peripheries of Israel.

NIS 230 million transferred from the Education Ministry will pay for extra teaching hours for pupils with poor socio-economic backgrounds studying in elementary schools and junior high schools. NIS 130 million will be transferred towards the extension of the school year for pupils in the third and fourth grade, an exemption of payment for schoolchildren living in the Eshkol communities and subsidies for children in low-income families. NIS 40 million will go to the construction of nursery centers for infants.

Elalouf: "This is an achievement"

Commenting on the process that led up to Monday's announcement Committee Chairman Eli Elalouf said: "This is an exciting, almost unexpected moment in the committee's planning process. When we began our work, many people questioned our ability to determine budgets in accordance with the conclusions, and the fact the budget exists is an achievement in itself, even if it does not suffice.

"We would have preferred a larger, more significant budget, but unfortunately the security situation put a damper on the expectations of educators and social welfare workers," he added.

"The move doesn't end here, but rather is only the beginning of a long-term process, and we don't have any false hopes. We will seek additional budgets," Elalouf vowed.

According to the latest poverty report from the National Insurance Institute, published in September, more than 1.7 million Israelis lived below the poverty line in 2012. Experts estimate that the new report to be submitted at the end of 2014 will show an increase in poverty and social disparities due to the expected effects of increased VAT taxes and cuts in children's welfare which were decided on last year.

According to Pitchon Lev, there was a drastic rise in the number of those requesting food baskets for the holiday, especially in wake of Operation Protective Edge which dealt some businesses a serious economic blow.