With gov't set to vote on 2015 budget, finance minister says he understands those protesting because of high food costs; claims 'not a single new settlement has been built during my time in gov't.'

Finance Minister Yair Lapid commented on renewed public outcry over high food and cost of living prices in Israel, saying "they are right, these things are unbearable."

In 2011, a small protest over the high cost of cottage cheese evolved into a massive social protest movement regarding costs of living in Israel. A recent Facebook post by a group of Israelis living in Berlin, in which they showed how even Milky – a chocolate pudding considered a staple of Israeli dairy – is cheaper in Germany, resparked the cost of living debate.

Lapid, whose electoral win was largely facilitated by the protest, attempted to defend the 2015 state budget, on which the government is set to convene and vote Tuesday, specifically focusing on the cost of dairy products. 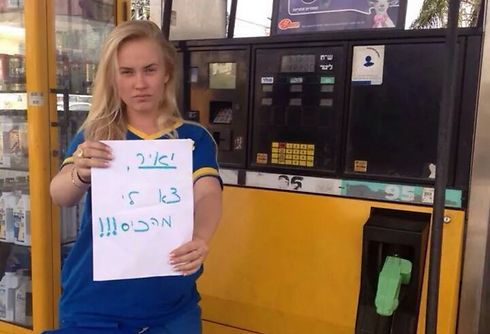 Gas station employee holding a sign that says "Yair, get out of my pocket"
"This is not a dream budget. There is no such thing as a dream budget. But this is a good and social budget. This is a budget which helps the periphery." Regarding the costs of dairy products, Lapid said that a number of basic dairy products were put under government regulation in a bid to lower the costs: "People laughed when we put (quark and cream cheese) under regulation – but prices have gone down." 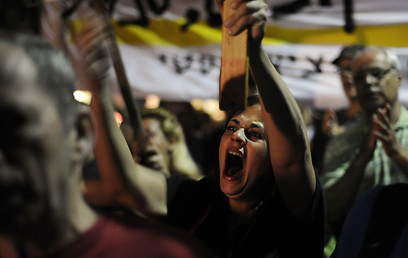 Social justice protest in Tel Aviv (Photo: AFP)
At the time of the protest, many claimed that the solution was not government regulation, but rather an opening of Israel's dairy market to imported goods. Another central issue on which Lapid and his Yesh Atid party ran was housing. The finance minister said that the government was planning to build over 50,000 housing units, but said it takes time. 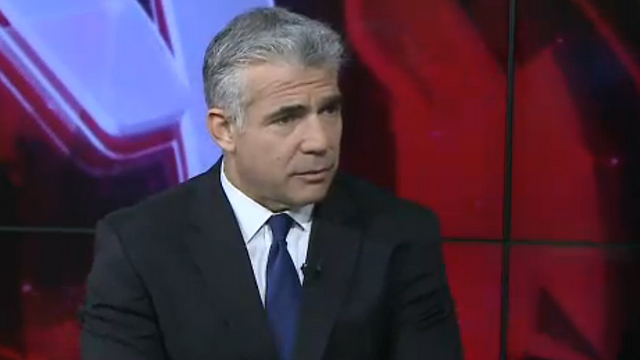 Finance Minister Yair Lapid
"The only people who are free of criticism are those who don't do anything. The 0% VAT is only one facet of a wider program," he said referencing his flagship housing legislation bill which exempts young couples of VAT when buying their first house.

Regarding the deficit, which put Lapid at odds with Prime Minister Netanyahu ahead of the budget vote, the finance minister said that "The initial deficit estimate was 4 percent – that is an absurd number. The Israel market was really about to collapse.

"Now, in a year in which we fought a war, we have budget that address security issues and a deficit of 3.4 percent which even credit rating companies cannot take issue with." Regarding his relations with the prime minister, which hit a rough patch after the two locked horns over the defense budget and deficit, Lapid said that his "work relations with the prime minister over economic issues is fine. He does not intervene and I feel no lack of confidence. This is a budget we are passing together."

However, despite the economic agreement between the two, the issue of Israel's conflict with the Palestinians has always threatened their coalition, and a recent bout with the US over settlement units in south Jerusalem are likely to further strain the issue

"Since I am a member of government, not a single new settlement has been built. These are good people (the settlers)… but lone outposts are a burden on the State, and I don't think we should invest in infrastructure for an area that will be the future Palestinian state. Nonetheless, Lapid placed the onus of the current stalemate in peace talks on the Palestinians. "We should not blame ourselves for the behavior of (Palestinian President) Abbas or Hamas which fires rockets on our children." In a veiled reference to Netanyahu's ongoing comparison between the Islamic State group and Hamas, Lapid said "What we are seeing in recent months in the Arab world does not make us want to be too adventurous," he said. Nonetheless, he reiterated his past position regarding the need to reach a peace deal with the Palestinians based on a two-state solution: "We need a political solution that will allow us to disengage from the Palestinians. We have nothing to do with four million Palestinians in Israel," he said in reference to those calling for a one-state solution."