"Europe is continuing its tradition of profiling," said the deputy director-general of the Judea and Samaria council, Yigal Dilmoni.

"Radical Islam is continuing to spread across the world and throughout Europe. Islamic terrorists are entering the enlightened continent freely and threatening its citizens daily, but 'of course' the most important subject is Jews and Zionism," Dilmoni argued. 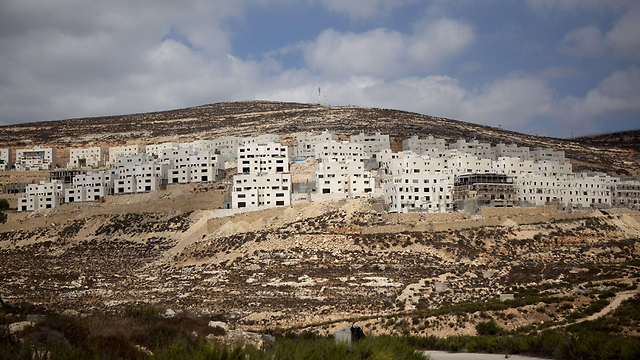 Settlement under construction (Photo: AFP)
He added: "The construction in Judea and Samaria is a right and an obligation of the Jewish people. It is best the Europeans deal with their own problem and not disrupt the sensitive status quo in existence." Rightwing activist lawyer, Itamar Ben-Gvir, which represents many "hilltop youth" in legal proceedings, said the "blacklist" which the EU is considering is not expected to affect his client. "The Europeans are living in a fantasy because the people I represent do not even go to hotels in Israel – Europe hardly interests them," he said. 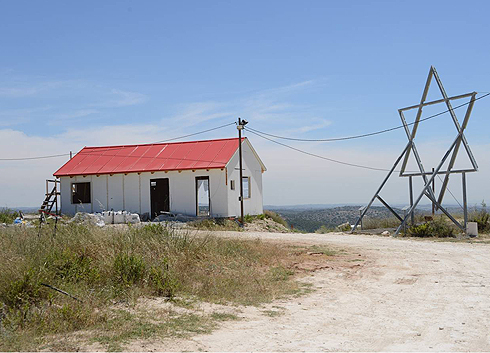 Settlement outpost in West Bank (Photo: David Diamant, Tazpit)
Ben-Gvir criticized what he deemed discrimination between the hilltop youth in Israel and terrorists in Arab states. "Including people who have yet to be convicted in such a list is against international law. They are not providing people with the assumption of innocence which is their right." Meanwhile, the pressure from Europe on Israel continues to grow. Jerusalem is closely following the statements and political plays against Israel in Europe, but the government has yet to formulate an organized strategy to push back against the European pressure. After the British vote, Israel insisted on its routine response – calling for talks with the Palestinians – but the formulaic retort has not managed to stop the tide in public opinion against Israel. The European Union's plan to "blacklist" violent settlers also went unanswered, with the Foreign Ministry awaiting an official decision by the EU. The ministry was preparing for the possibility of European sanctions following the approval of construction in Givat HaMatos, and officials see the "blacklist" plan as part of such a sanction regime. 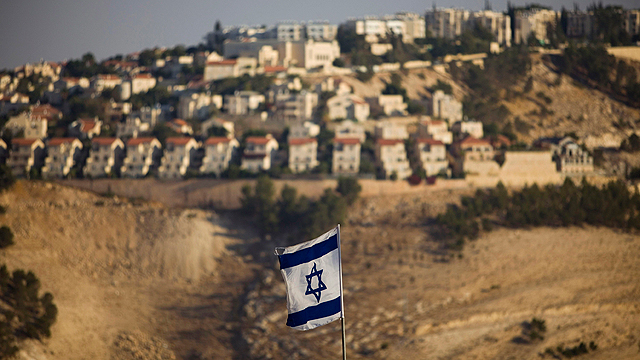 Ma'ale Adumim, east of Jerusalem (Photo: AP)
The Foreign Ministry has yet to successfully advance its position on construction beyond the Green Line, with Europe demanding Israel halt all advances on the building projects. The British Ambassador to Israel Matthew Gould stressed the difficulty facing Israel and warned of a decline in public opinion towards the country. The UK is not the only European nation to delve into the issue, and governments across Western Europe have expressed their impatience with Prime Minister Benjamin Netanyahu's explanations regarding the renewed construction. After the "blacklist" plan became public earlier Tuesday, French Foreign Minister Laurent Fabius said that his country was willing to recognize a Palestinian state but only if the matter advances peace efforts – not merely as a symbolic gesture.

Fabius, however, added that if the negotiations between Israel and the Palestinians failed, Paris "would not shirk its responsibilities" and recognize Palestine as a state.