Abbas at the UN
Photo: AFP

'A diplomatic storm is coming in January'

Changes to UN Security Council bode ill for Israel as two states friendly to Israel are replaced with two that are sure to vote for full membership for Palestine at the UN, and an American veto is no longer a sure thing.

Changes in the makeup of the UN Security Council have made Israel's diplomatic stance worse and strengthened the Palestinians' position on the world stage. During the weekend, five new members were elected to enter the UN Security Council on January 1, 2015, as non-permanent members for two years, while five current non-permanent members will evacuate their seats. Spain and New Zealand will replace Australia and Luxembourg. But the biggest surprise was Turkey losing a seat to Spain 60-132, in a blow to recently-elected-president Erdogan.

Israeli diplomats said that following the changes in the council's makeup it is likely Palestinian President Mahmoud Abbas will be quick to try his luck in asking the UN Security Council to grant Palestine full membership in the United Nations. So far, the Palestinians managed to obtain non-member observer state status at the UN General Assembly, but recognition from the Security Council will make them an official member of the UN. 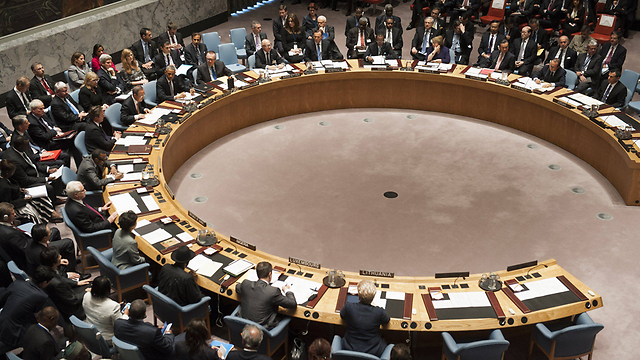 The UN Security Council (Photo: AFP)
Unfortunately, an American veto for such a move is not something Israel can take for granted anymore. Diplomatic officials said Israel is taking into bracing for a bad scenario in which the Democrats lose their Senate majority in the midterm elections in two weeks time and will then be free of obligations, which might lead them to get back at Prime Minister Benjamin Netanyahu for all of the public clashes with the Democratic administration at the White House. "A diplomatic storm is coming in January," a diplomatic source said. Should the Palestinians petition for a full membership at the United Nations, this is how the member states are likely to vote:

The council has 15 members, five of them permanent and ten of them are non-permanent. In order to pass a resolution, a nine vote majority is required. Even if the resolution passes, each of the permanent members has the right to veto the decision.

So far, Israel has had two lines of defense in the Security Council: The lack of majority for decisions favorable to the Palestinians and, more importantly, a guaranteed American veto. Before the change, the Palestinians seemingly only had seven states that supported their plight to join as a full member, so the American veto was not as crucial. 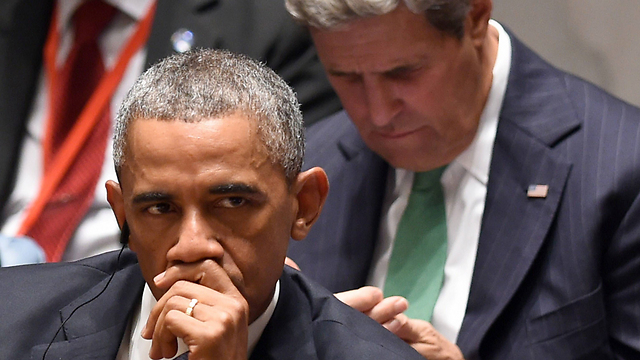 Will President Obama veto the decision? (Photo: AFP)
Now, the situation has changed. Following the election of the five new states, Israel has lost two friendly states that supported it - Australia and Rwanda. Instead, the new council makeup now includes Venezuela and Malaysia, two problematic states that could be counted automatically as those who would vote in favor of the Palestinian request. Turkey's loss, however, brought a sigh of relief to Israel, as the situation would've been far worse had Ankara gotten a seat - not only would the Palestinians have the 9-state majority they needed, they'd have 10 'yes' votes guaranteed. Israel's last line of defense is now the American veto, and it is counting on it. But the Americans would do anything to avoid having to use their veto power, and it's likely they will put pressure on other Security Council members not to support a unilateral Palestinian move. The Americans will probably try to present alternatives such as the revival of peace talks between Israel and the Palestinians. The Europeans, on their part, will try to reach a compromise - not to accept the Palestinians as a member state, but rather set parameters for a permanent agreement that would lead to the establishment of a Palestinian state. Such parameters would include Israeli withdrawal to the 1967 borders, land swaps and declaring East Jerusalem as the capital of the Palestinian state. Israeli diplomats are saying that Abbas now has tailwind that will likely push him to go for broke and make good on his threats: Not only turn to the UN Security Council to set a deadline for Israeli withdrawal to the 1967 borders by November 2016, but also turn to the International Criminals Court at the Hague. In addition, these changes at the Security Council will not only play a part in the vote on accepting the Palestinians into the UN, but in other resolutions concerning Israel, like condemning settlement construction or military operations, calling for UN inquiry committees on the Israeli-Palestinian conflict and more.