Othman Abu al-Qiyan's family was in shock to learn the would-be doctor joined the ranks of the radical jihadist group.

Othman Abu al-Qiyan, an intern at the Barzilai Medical Center who recently disappeared, has joined the Islamic State, the hospital said on Sunday. Al-Qiyan' family said he was killed in battle.

Al-Qiyan came to Israel after finishing med school in Jordan. He passed the ordination exams and received a temporary license to practice medicine in the country. In February, he started interning at the Barzilai Medical Center in Ashkelon, according to the hospital.

In May 2014 he was supposed to start a one-month internship at the Soroka Medical Center in Be'er Sheva, but he failed to show up at the hospital and disappeared.

"Security forces turned to us in their investigation of his disappearance and then we found out he joined the Islamic State," the hospital said. 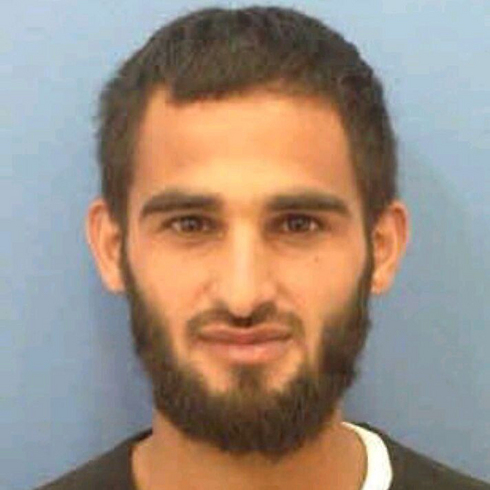 Othman Abu al-Qiyan (Photo courtesy of Barzilai Medical Center)
"He studied in Jordan for many years and then came back," al-Qiyan's older brother said. "One morning, the neighbors told us Athman and another guy went to Turkey. At first we thought they were just going, a lot of people go to Turkey on vacation. "My uncle and myself, as well as two of the other guy's brothers, went to search for them in Turkey. We located the hotel they were staying in and found their belongings there. At the hotel we were told they hired a car and just left. We waited for them but after two days when they didn't come back we went back to Israel.

"Police told us that they probably left Turkey for Syria," the brother said.

The family could not understand why Othman joined the Islamic State, and opposed it vehemently. "I'm sorry for what has happened. We all are, the entire family. My father and mother are in mourning since he left, even before we heard he was killed. "They called us from a blocked number and told us what happened. They called my father but they didn't even tell him what happened and how Othman got killed," the 34-year-old brother said. The al-Qiyan family has 10 sons and three daughters. The family said one of the brothers was arrested on suspicion he aided Othman. Othman's uncle told Ynet of his nephew: "He was an intelligent young man. He went to school in Jordan, maybe that's where he got it. No one knew where he went. Othman said he was going on a trip. If we had known, we would've broken his hands and feet, just to stop him from going. We don't know what he went through there. Maybe he was brainwashed." Another relative said the family is a normal family, "they all went to school and are working normal jobs. We don't know how this happened." Security forces were familiar with the case and were following up on any developments. Al-Qiyan is not the first Israeli-Arab suspected of joining the Islamic State. Some 30 Israeli-Arabs left for Syria through Turkey in the past two years to join different organizations affiliated with al-Qaeda in order to fight against President Bashar Assad. According to the defense establishment, more than half of those 30 combatants have joined the Islamic State. Some 18 of them have been arrested, interrogated and legal procedures against them have been put into motion. Leaders in the Arab sector have bemoaned the fact the punishment for those convicted of joining the rebel forces in Syria are too light, and do not deter others from joining them.