Prime Minister Benjamin Netanyahu, whose birthday was Tuesday, said "the last thing Israel needs is an elections now." He made the comments amid reports he was hoping to hold early elections in May, a move that was expected to be preceded by primaries within his ruling Likud party.

Meanwhile, in an attempt to prevent Netanyahu from conducting the primaries, the Likud central committee will not convene next week, the faction's chairman, MK Danny Dannon, announced Tuesday. 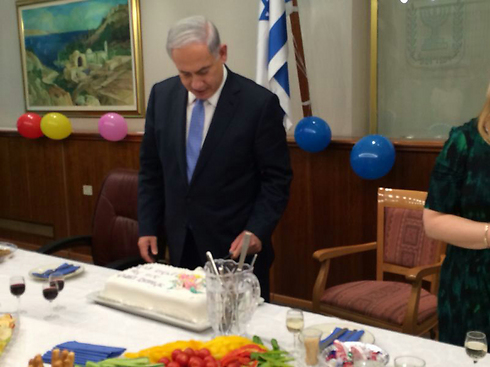 “I will not let the Likud elections be kidnapped by opportunism,” said Dannon, who is expected to compete in the primaries along with Moshe Feiglin against Netanyahu. "I will propose the movement set a date for a reasonable and fair primary elections that respects the ruling party.” 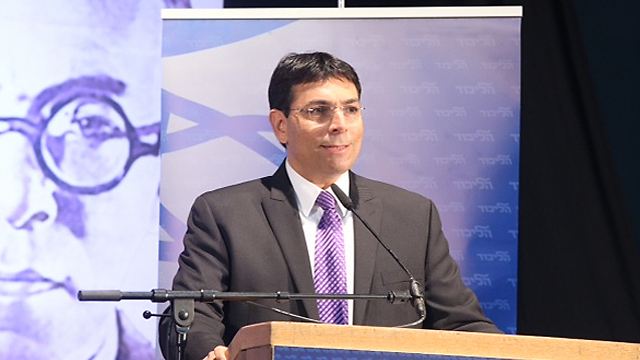 Dannon added, “The Likud is in a revival process, I will not let the party be silenced again nor will I let the democracy of the Likud, Israel’s largest democratic party, be harmed."

It was reported Monday that Netanyahu could be preparing for general elections in the spring and is planning on holding an early primaries for the Likud leadership on November 25th. Senior sources in the coalition say the primaries are the first part of a wider plan to go for an early elections, and some anticipate the general vote for the Knesset be held sometime during May, by which time Netanyahu will strengthen his alliances with the religious factions and the Bayit Yehudi party led by Naftali Bennett.

Netanyahu’s associates confirmed earlier that the prime minister is in fact attempting to hold rushed elections for the party’s leadership. “Given the fact that the candidates are well known within the party, the right thing to do is to decide as soon as possible who will be the leader rather than create a long and unnecessary struggle within party ranks, especially taking into account that the majority of other parties have already chosen their leaders or have decided not to hold primaries at all.”

Labor Party and Opposition Chairman MK Isaac Herzog responded to Netanyahu’s impending move and told Ynet, “As citizens of Israel are being crushed by the cost of living and housing, Netanyahu is concerned solely with his personal survival. No political maneuvers can hide the failure of the Prime Minister in the socio-economic arena and amid this political hit. The Israeli public is not a fool nor are they sitting in Netanyahu’s pocket as he believes.”

On the other hand, Education Minister Shai Piron addressed the reports in an interview at the Ynet studio and said, “We have a saying here that the day the Temple was destroyed, prophecy was taken from prophets and given to fools. The crisis mentioned is a mere figment of the imagination. The current government of Israel will continue to function as long as possible, I hope. I believe in this coalition.”

He added, “Every family has arguments, it is the nature of things, even this crisis will be resolved.”

As part of his attempts to align himself with the religious faction, Netanyahu announced that he would not pass a bill being backed by MK Eliezer Stern of the Hatnua party that aims to ease the restrictions required for conversion in Israel.

In a closed-door meeting Justice Minister Tzipi Livni said, “Bibi succumbed to his fears and succumbed to the ultra-orthodox. It would have been more respectable if he had agreed to a free vote, as we previously proposed.”

Hatnua officials say that Livni had reached an agreement with Foreign Minister Avigdor Lieberman, and Finance Minister Yair Lapid for the bill to advance in the Knesset with the backing of all three parties.