Netanyahu and Obama at the White House this month
Photo: Avi Ohayon, GPO

Netanyahu hits back: I'm being attacked because I defend Israel

PM responds to scathing criticism leveled at him by US officials, saying he does respect ties with US; Lapid: White House should be dealing with crisis behind the scenes.

Prime Minister Benjamin Netanyahu hit back Wednesday after a damning report in The Atlantic claimed American officials had branded him a "coward" on tackling Iran and "chickenshit" who is only interested in his own political survival. "I am being attacked because I'm defending Israel," Netanyahu told the Knesset.

"I respect our ties with the US," Netanyahu said, but added, "I'm not ready to make concessions that would endanger our country."

With regards to Jeusalem, where newly announced Israeli construction over the Green Line has only served to draw further American criticism, Netanyahu insisted that Israel respects religious freedom for all faiths. " The IDF is the only army to occupy Temple Mount and not destroy it," the prime minister said, referring to Israel's sweeping victory in the 1967 Six-Day War.

"Our vital interests, first and foremost our security and a unified Jerusalem, are not the uppermost interests of the unnamed officials who attacked our government and me personally. I'm being attacked simply because I defend the State of Israel... Despite all the attacks against me, I will keep defending our country and Israel's people."

Senior American officials expressed "red-hot anger" at Netanyahu and his administration, according to the piece Tuesday by The Atlantic's Jeffrey Goldberg, who is considered close to the US adminstration. "The thing about Bibi is, he's chickenshit," one unnamed senior US official told Goldberg.

According to Goldberg, over the years Washington officials have described Netanyahu as recalcitrant, myopic, reactionary, obtuse, blustering, and pompous – but none of these insults were as surprising, he says, as "chickenshit."

In wake of the revelations, coupled with a very public snub of Defense Minister Moshe Ya'alon by the White House last week and warnings in recent days from Finance Minister Yair Lapid that relations between Israel and its greatest ally were in serious crisis, Israeli officials have scrambled to engage in damage control.

Meanwhile, Finance Minister Lapid said Wednesday that the United States should be dealing with the tensions with Israel behind the scenes.

"There is no one in Israel who enjoys hearing comments of that sort about the prime minister," Lapid said. "I said only a few days ago that there is a real crisis in the relations and it needs to be dealt with responsibility. Senior officials at the White House and in our government need to tackle the crisis behind the scenes because the relations between the two countries are of strategic importance and based upon a deep friendship."

"Construction is not a provocation," Rivlin said, but added that such building should not be announced as retribution for a terror attacks or riots.

Tensions have been running especially high in the capital in recent weeks, with a terror attack on the city's Light Rail killing a 3-month-old baby and a conversion student, and subsequent clashes killing at least two Palestinian teens, one with US citizenship.

"If it was done as a provocation or as an attempt to exact a price in response to terror then it is wrong," Rivlin told the radio. "Even the US understands that we built Jerusalem and Jerusalem will stay built as it is in its entirety." 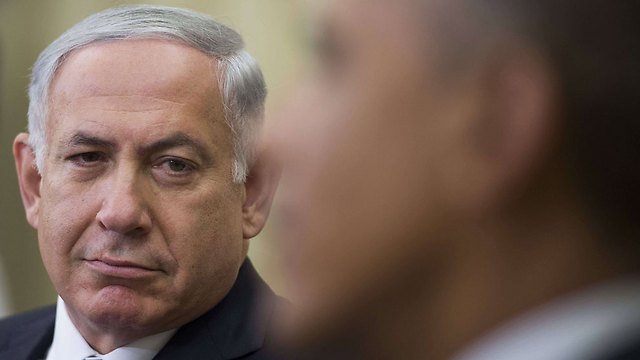 Economy Minister Naftali Bennett, however, slammed the US for "throwing Israel under the bus" and demanded that the Obama administration denounce the comments.

"The Prime Minister of Israel is not a private person," Bennett wrote on Facebook. "He is the leader of the Jewish State and the entire Jewish people. Cursing the prime minister and calling him names is an insult not just to him but to the millions of Israeli citizens and Jews across the globe."

The Bayit Yehudi leader also argued that such insults had not been leveled at world leaders whose countries had committed grave crimes.

"The leader of Syria who slaughtered 150,000 people was not awarded the name 'chickenshit'. Neither was the leader of Saudi Arabia (which) stones women and homosexuals or the leader of Iran who murders freedom protestors," Bennett continued. "If what appears in the press is true, then it seems that the current US administration is throwing Israel under the bus."

He urged the US administration "to immediately reject these gross comments."

In a further attempt to limit the fall-out from the damning article in The Atlantic, Israel's ambassador to the United Nations, Ron Prosor, said Wednesday morning that personal attacks on Netanyahu by US officials do not show an accurate reflection of relations between Israel and the United States.

Prosor said that the ongoing strong relationship between the two countries could be seen in the way that the US stood firmly by Israel's side in any battles at the UN. The United States, Prosor told the radio, is a strategic ally of Israel.

The ambassador also lashed out Palestinian President Mahmoud Abbas, who he said was inciting against Israel and inflaming tensions in Jerusalem. Israel, Prosor said, would continue to build in its capital and safeguard the freedom of worship in its holy places.