Kastner's killer: I would never have shot him today

81-year-old Ze'ev Eckstein reflects on the murder that was the culmination of a shocking trial on Jewish collaboration with the Nazis.

In the early hours of March 4, 1957, Ze'ev Eckstein stood hidden outside 6 Emanuel HaRomi Street in Tel Aviv. With a cocked and loaded pistol tucked into his belt, he waited quietly to spark one of the biggest storms in the history of the State of Israel. Shortly after midnight, the headlights of an approaching car appeared out of the darkness. Eckstein came out of hiding and called out: "Israel Kastner!" And when he heard a voice reply in the affirmative, he raised his arm and pulled the trigger. The first round was a blank, but then Eckstein fired three more shots.

The death of Dr. Israel (Rudolph) Kastner did indeed mark the end of an intricate and fascinating affair in the small newborn state, but it was also the first time the subject of the Holocaust and the ties between Zionist leaders and high-ranking Nazi officials rose to the fore. Today, at 81, and with the publication of his book, Quilt Blanket, Eckstein takes stock of his life for the last time and says: "I wouldn't do it today. I wouldn't shoot. There's no doubt about it." 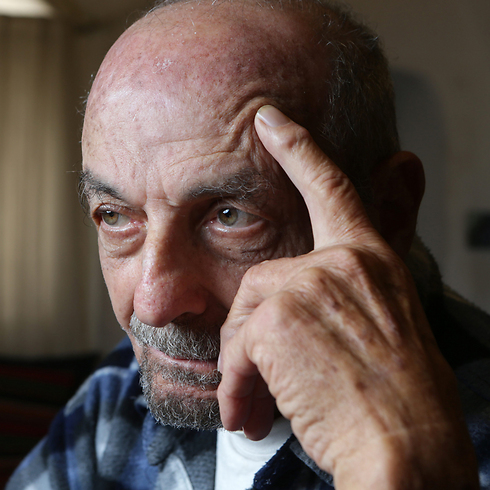 The affair began in 1952, after a Jerusalem hotelier by the name of Malchiel Gruenwald launched an attack on members of the pre-state leadership and their silence during the Holocaust. Kastner, who was a member of the Aid and Rescue Committee in Budapest during the Holocaust and was serving in 1952 as then-trade and industry minister Dr. Dov Yosef's spokesman in David Ben-Gurion's government, was singled out in particular.

Gruenwald accused Kastner of collaborating with the Nazis during the war, concealing the death camps from the Jews of Hungary, and testifying at the Nuremberg Trials on behalf of Kurt Becher, a senior Nazi officer and head of the General Department of the SS.

Following a police investigation, the attorney general at the time, Haim Cohen, decided that the state should sue Gruenwald for libel. No one imagined, however, that the lawsuit would create even more of a stir, and that Kastner, who had forged ties with the Nazis in an effort to implement a rescue plan for the Jews of Hungary, would find himself an accuser-turned-accused, charged with collaborating with the Nazi enemy.

"My genetic connection is not the Holocaust," Eckstein now says of the background to his murder of Kastner. "I was a Security Service (today's Shin Bet) agent and was instructed to get close to and socialize in right-wing circles. But when I was among them, my eyes slowly started seeing a different side of the same Zionist ideology – the fighting side, the rebellious side."

Eckstein switched sides and went from being an agent in the service of the Mapai party to an ardent supporter of the right – and that's where the turning point came.

"My revolution was not born out of nothing," Eckstein says. "You must understand, the people from the Security Service who sent me out there were wimps. They were gray agents. On the other hand, the people I got in with were of a completely different ilk – fire and flames. They were a force I had never imagined, extraordinarily impressive individuals – with immense emotional fervor first and foremost, revolutionary fire."

Eckstein speaks honestly for the first time now about his spiritual mentor, the man behind it all, the man he refused to name. Today, too, 57 years after the murder for which he served seven years in prison, Eckstein won't name him, but he speaks of the complex relationship the two shared.

"He is on the ideological side that won me over," Eckstein explains. "He's a practical and business-like man. In actual fact, he's the father of the deed. I don't know if he's the only father, but he's certainly the father who sparked it."

How did you meet him?

"I met him through the ideological circles I used to hang around in at the time, but also because he was a prime Security Service target who I was instructed to keep an eye on. He played a major part in the subversive activities of those circles of people."

Nevertheless, you don't recall a conversation in which he says to you: Go kill Kastner."

"No, I don't recall a conversation in those words; but given the suggestive state I was in at the time, I didn't need anyone to tell me."

To this day, Eckstein is still occupied by various and sundry conspiracy theories relating to the murder. Now, as he thinks about the whole affair, he eventually concedes, as his final note:

"In what way did I pay a price? I murdered someone. I did something that takes me back to the entire Bible, back to Cain and Abel."