Rabbi Yehuda Glick is the right-wing activist in critical condition after being shot in Jerusalem.
Photo: Atta Awisat

Senior members of his own government lashed out Prime Minister Benjamin Netanyahu on Wednesday night, in the aftermath of an attempted assassination of right-wing activist Rabbi Yehuda Glick, accusing him of allowing tensions in Jerusalem to spiral out of control. Netanyahu, the lawmakers charged, "was losing Jerusalem."

"For the past two months, the prime minister has not managed to get the security situation in the capital under control," said the senior officials. "Instead of recycling construction announcements and instead of fighting with the United States, he should bring security and order to Jerusalem. What we see now is complete loss of control."

"Security is not brought with words but with deeds, and I call on the prime minister to restore the sovereignty of Israel and its capitol and immediately," Bennett said. 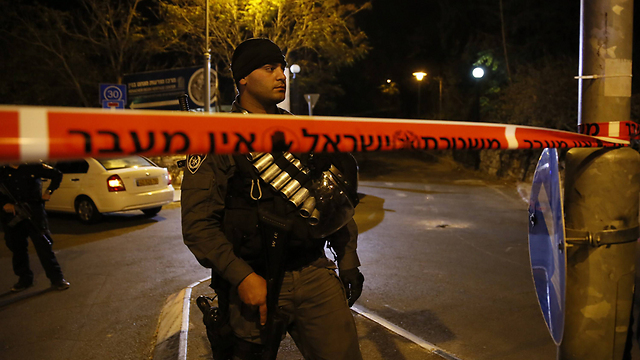 The scene of the assassination attempt of Rabbi Yehuda Glick on Wednesday night in Jerusalem. (Photo: AFP)

He instructed them to give top priority to capturing the gunman and to significantly bolster security forces in the capital. Police spokesman Micky Rosenfeld said Wednesday night that police had set up roadblocks and were searching for the suspect.

"This is a very serious incident that is a result of severe incitement," said Jerusalem Mayor Nir Barkat, calling on the government to "take harsh steps against the incitement and impassioned tendencies in the city."

"I'm positive the police and security forces will bring the terrorist to justice and restore calm to Jerusalem," Barkat added.

MK Moshe Feiglin, deputy speaker of the Knesset and member of the Likud's far-right flank, told Ynet that "what happened is horrible but expected. Glick had been constantly threatened. The fact that he was not assigned protection at all times is a failure. I say this as someone who is the target of constant incitement. Weakness and incompetence were behind this attack. This was a relaxed conference, the room was half-full. This was not an impassioned event. An Arab came there with the urge to kill." 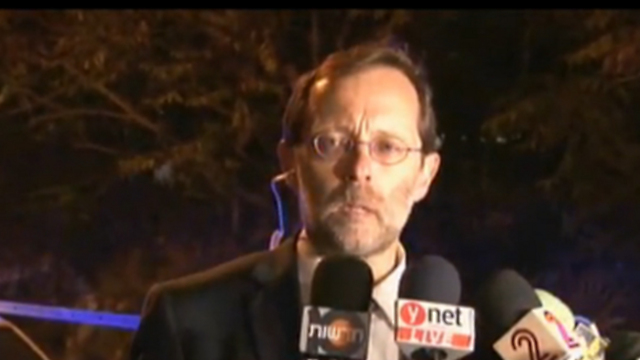 Moshe Feiglin speaking after Yehuda Glick was shot Wednesday night. (Photo: Eli Mandelbaum)
Feiglin continued, "There is only one thing that can be done now, and this is to open the Temple Mount to Jewish visitors tonight, but from my familiarity with Israeli police, they will do the exact opposite - they will close the Temple Mount." MK Regev spoke at the conference on Wednesday and left the event a few minutes prior to the shooting. "It was a quiet conference about the rights of Jews to come to the Temple Mount and pray there," she said.   She went on to say that "the attempted assassination of Rabbi Yehuda Glick this evening in the center of Jerusalem is an escalation of danger in the personal safety of Jerusalem citizens. A situation should not exist in which a Jew fights for his opinions and finds himself in a reality where people try to take his life. Who ever does not fight for the rights of Jews to lives quietly and in safety in Jerusalem will in return get Palestinian murderous, terror in all of Israel."

Deputy Minister of Religious Services Rabbi Eli Ben-Dahan spoke at the conference as well and left shortly before the shooting. "I spoke about the security situation in Jerusalem, and said the lack of control and order marks the loss of our sovereignty in the capitol. If the situation is deteriorates we will lose power.

"I'm shocked that minutes after my speech the worst of all happened. I spoke of the loss of the sovereignty of the Israeli police and the loss of personal security in Jerusalem, and a few minutes later an assassination attempt occurs in the heart of Jerusalem," he went on to say.

Right-wing activist and a friend of Glick's Yehuda Etzion took part in the conference and arrived at the hospital after the shooting. "This man, in my opinion, has been threatned for two years directly and indirectly by the Waqf and the Islamic Movement. They incite against him and they're organized in their intelligence collection. They circulated photos of him with a target on his face. The situation at the Temple Mount has turned evil, there is funded and organized interference by the Islamic Movement." 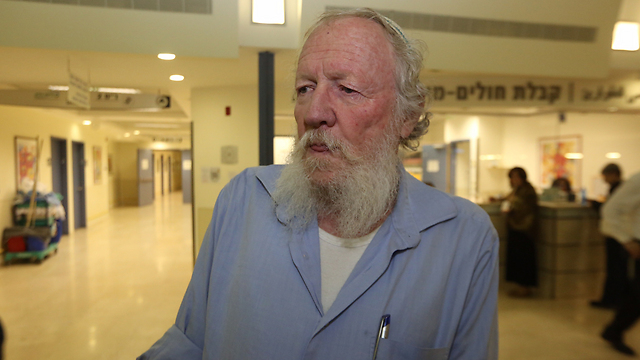 Right-wing activist Yehuda Etzion at the hospitial were Rabbi Yehuda Glick is undergoing surgery for gunshot wounds on Wednesday night. (Photo: Gil Yohanan)
Glick is a central activist in Temple Mount movements and a symbol of the struggle for Jewish prayer on the Temple Mount. Police and the Shin Bet have often barred Glick from the Temple Mount and he has been fighting legal battles against Israeli law enforcement authorities against these bans, some of which have been successful.

At Wednesday night's conference, Glick presented a video that was taped Wednesday morning at the Temple Mount and in it Arabs are seen trying to evict the Jewish visitors with cries of "allahu akbar" and an Arab woman is seen pushing a Rabbi who came to the holy site. "This is the situation in Jerusalem today," he said.