Decision to bar entrance to both Jews and Muslims came in the wake of the attempt on the life of Rabbi Glick; Feiglin, Mualem planned to pray at site Thursday morning.

Likud MK Moshe Feiglin arrived at the Temple Mount on Thursday morning, despite the closure of the site to both Jews and Muslims until further notice. He called the ban on Jews visiting a victory for the terrorist whose attack on a rabbi in Jerusalem on Wednesday night had triggered the closure.

The decision was made in the wake of the attempt on the life of Temple Mount activist Rabbi Yehuda Glick on Wednesday.

"The assassin achieved his aim," Fegilin said, "there are no Jews on Temple Mount."

Feiglin said that the decision was a reward for instigators of violence, and accused the police of allowing a Muslim presence despite the purported ban.

"I came here in order to go up to the Temple Mount," Feiglin told Ynet from the site. "Claims that Temple Mount is closed to everyone are untrue, only Muslims can go up. I, who has Israeli sovereignty, am not allowed up of course, nor are other Jews. Arabs and Muslims can go up. Does this policy quell terror or support its continuance?" 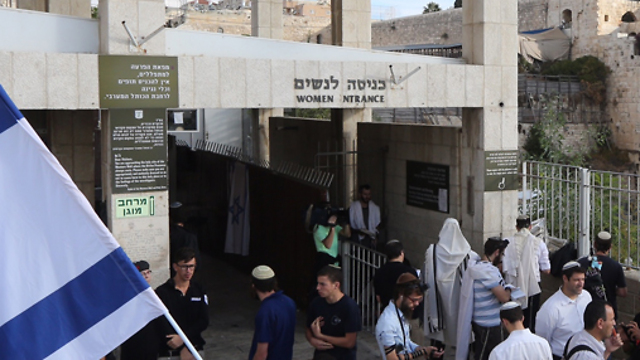 Moshe Feiglin and other Jewish worshippers praying at the entrance to the closed Temple Mount on Thursday morning. (Photo: Gil Yohanan)

Feiglin and fellow right-wing MK Shuli Mualem of Bayit Yehudi said they intended to go up on the Temple Mount at 8am Thursday to pray, even before Aharonovich's announcement, despite the delicate situation and rising tensions in the area. 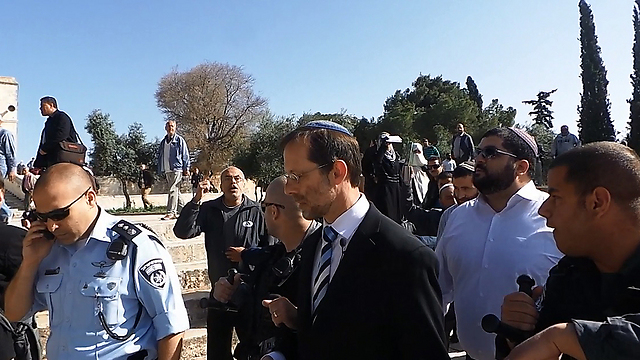 MK Moshe Feiglin at the Temple Mount (Photo: Michael Fua)
"There's no other way," Mualem said. "It's the Jews' right to visit the Temple Mount and pray there and what happened tonight is a warning sign that proves to us that if we concede to such dictates, terrorism wins." Feiglin, who regularly visits the holy site, added: "I'm shocked at what happened, even though it was expected. I say this as someone who is the target of constant incitement on Facebook, social media and websites. The government's weakness and incompetence in handling terrorism have led to this attempted murder, as well as our concessions by closing the Temple Mount for prayers." Feiglin and Mualem had invited other prominent right-wing activists to the prayer on Thursday morning.