Possible compromise would allow Jerusalem-born Americans to list 'Israel' as their place of birth, but passport will include disclaimer saying the place of birth is not intended to recognize Israel's sovereignty over Jerusalem.

WASHINGTON - The US Supreme Court appeared closely divided on Monday as it considered whether Congress overstepped its authority in passing a law designed to allow American citizens born in Jerusalem to have Israel listed as their birthplace on passports.

Congress passed the law in 2002 but the government has never enforced it. Seeking to remain neutral on the hotly contested issue of sovereignty over a city holy to Jews, Muslims and Christians, the State Department allows passports to name Jerusalem as a place of birth, with no country name included.

The parents of a Jerusalem-born 12-year-old boy, US citizen Menachem Zivotofsky, have waged a long court battle to have his passport state he was born in Israel.

At issue is the longstanding US policy that the president, not Congress, has sole authority to provide American recognition of who controls Jerusalem, a city claimed both by Israelis and Palestinians.

Twelve-year-old Menachem and his parents sat through the hour-long argument that seemed to split the court along ideological lines. The liberal justices on the nine-member court appeared willing to accept the Obama administration's argument that changing the wording on passports would damage the American role as a broker of peace in the Middle East and undermine the president's credibility. 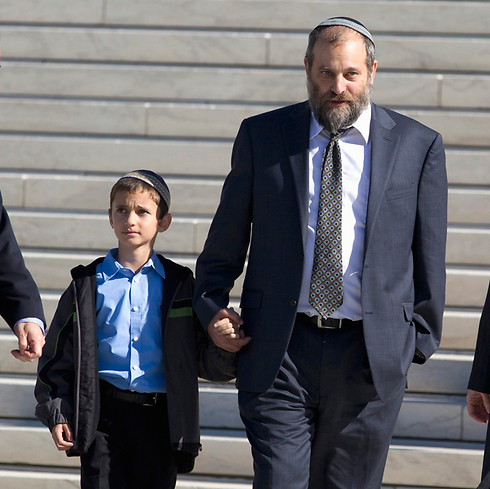 The conservative justices were more skeptical of the argument put forth by Solicitor General Donald Verrilli Jr., and were more sympathetic to the parents, Ari and Naomi Zivotofsky. They seemed open to the argument by Alyza Lewin, the family's lawyer, that the passport language would not change US policy toward Jerusalem.

Justice Antonin Scalia readily agreed with Lewin. "This is not recognition. It just has an effect on the State Department's desire to make nice with the Palestinians," Scalia said.

Justice Anthony Kennedy, often the court's swing vote in close decisions, is likely to again find himself in that role. Kennedy signaled some support for the government, saying if the case rests on the determination that the law indicates recognition of Israel's sovereignty over Jerusalem, the State Department "should be given deference."

However, he also indicated a possible compromise in which the law is enforced but the government adds disclaimers in passports saying the place of birth is not intended to recognize Israel's sovereignty over Jerusalem. 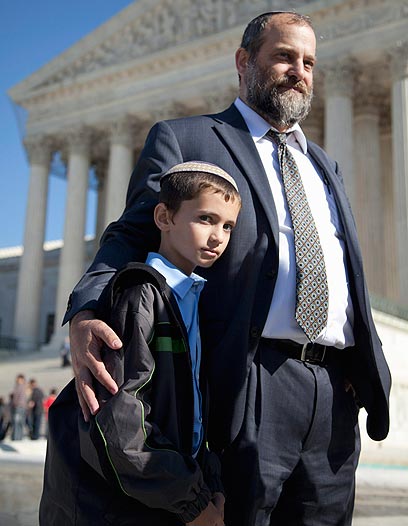 Verrilli doubted such a disclaimer would be effective. He called the status of Jerusalem among the most vexing issues in the region.

The State Department maintains the law violates the US Constitution's separation of executive and legislative powers. It says a loss for the government in the case would be seen around the world as a reversal of US policy that could cause "irreversible damage" to America's ability to influence the region's peace process.

That argument appeared to gain traction with the liberal justices, including the court's three Jewish members: Ruth Bader Ginsburg, Stephen Breyer and Elena Kagan. Kagan said Jerusalem's status is so contentious that any development, no matter how minor, "is a big deal" in the Middle East.

"Right now, Jerusalem is a tinder box because of the status of and access to a particular holy site," Kagan said.

Kagan likened the statute to a "very selective vanity plate law," referring to customized car license plates. She noted that Jerusalem-born US citizens of Palestinian heritage cannot ask for a passport stating they were born in Palestine. Of the conservative justices, Antonin Scalia seemed most supportive of the family, saying foreign policy concerns should not be taken into account when deciding whether Congress had authority to pass the law.

"If it is within Congress's power, what difference does it make whether it antagonizes foreign countries?" Scalia said.

While Israel calls Jerusalem its capital, few other countries accept that. Most, including the United States, maintain embassies in Tel Aviv. Palestinians want East Jerusalem, captured by Israel in the 1967 Six-Day War, as capital of the state they aim to establish alongside Israel in the West Bank and Gaza Strip.

Two years ago, the justices rejected lower court decisions that called the matter a political issue that should be resolved by Congress and the president without the help of the courts.

The federal appeals court in Washington then struck down the law as an unconstitutional intrusion by Congress on the president's authority over foreign affairs.

Congress and the White House have argued for decades over support for Israel's position on Jerusalem.

In 1995, Congress essentially adopted the Israeli position, saying the US should recognize a united Jerusalem as Israel's capital. In 2002, lawmakers passed new provisions urging the president to take steps to move the embassy to Jerusalem from Tel Aviv and allowing Americans born in Jerusalem to have their place of birth listed as Israel.

President George W. Bush signed the 2002 provisions into law but noted that "US policy regarding Jerusalem has not changed." President Barack Obama has taken the same stance.

A ruling is due by the end of June.