Israeli security forces outside of the Temple Mount in Jerusalem.
Photo: AFP

The Temple Mount compound was closed to visitors on Wednesday morning shortly after Palestinians clashed with security forces, throwing rocks and launching fireworks, as a large group of right-wing activists waited at the entrance to the holy site. One Palestinian was wounded in the clashes.

The site was reopened shortly after, highlighting its volatile nature, as tensions between Jews, Arabs and security forces rise.

The right-wing activists came to the site to conduct a prayer vigil for the quick wellbeing of Yehuda Glick, a right-wing activist who was shot last week. Glick is one of the leaders of a movement seeking to enable Jews to pray at the Temple Mount, currently only permitted to Muslims, and he was shot outside of a conference which centered on the issue. 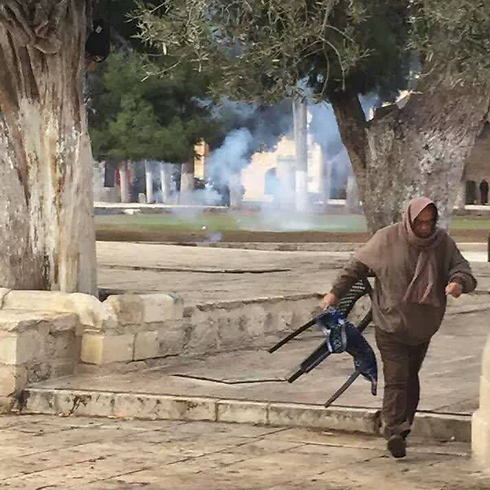 As the door of the visitors' entrance opened, masked Palestinians began throwing stones and fireworks at the area which was surrounded by massive police forces, and a 'battery' of fireworks aimed at the security forces' entrance was also fired as they fled into the mouse.

One Palestinian was wounded during the clashes, and while he was being evacuated to a Red Crescent ambulance awaiting him, Palestinian youths attempted to use the opportunity to enter the compound, but were blocked by security forces. 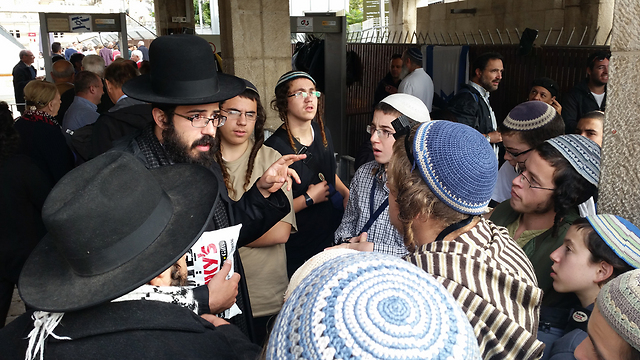 MK Hanin Zoabi (Balad) and MK Ibrahim Sarsur (Raam-Taal) arrived at the Temple Mount on Wednesday morning as part of a tour by the High Follow-Up Committee for Arab Citizens of Israel and were denied entrance along with the rest of the group.

Police forces entered the compound, as the rioters fled to the Al-Aqsa Mouse, from which they continued to pelt the police with stones, light fireworks and spray police with fire extinguishers. 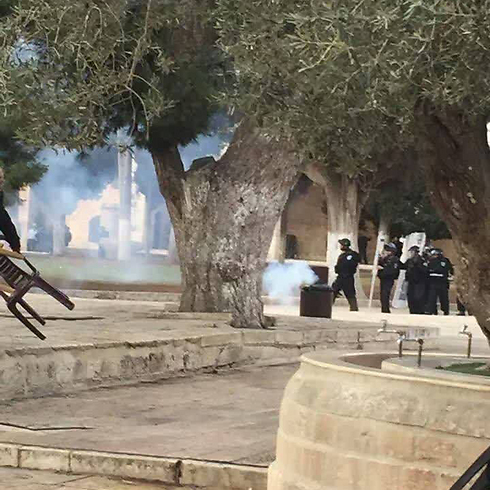 After initially deciding to close the area to visitors, and then reopening the area, Jerusalem police decided to life the checkpoints slowing the Muslim entrance to the area, but the rioters continued to target the police, lighting wounded a few.

Assaf Freed, an advocate of Jewish prayer at the Temple Mount, said to Ynet, "We came to the Temple Mount to say we are not scared and we will not give in to terror, a week after the dark assassination attempt Yehuda Glick. 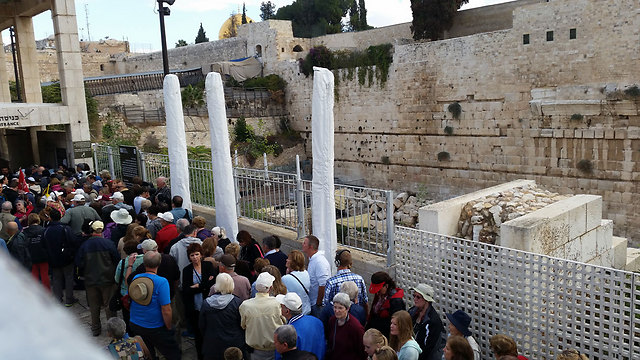 Jewish right-wing activists wait outside of Temple Mount on Wednesday morning as announcement arrives the site will be closed for the day. (Photo: Eli Mandelbaum)

"If they came to harm one Yehuda Glick, there will be thousands of Jews here. We asked police to let us enter in big groups, but I was told that it depends on the evaluation of the situation," Freed said.

Freed added that the activists intended arrive "with masks in the image of Yehuda Glick. It's not a provocation. Those who are provoking here are the Arabs." 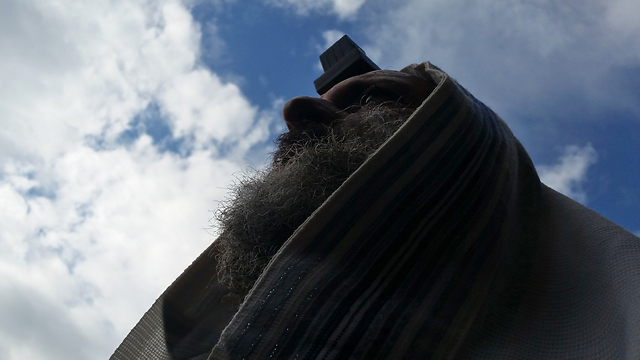 Jews are prohibited from wearing any type of shawls or Jewish symbols, and Jews who go up to the Temple Mount are considered 'visitors' and are given strict instructions not to pray or kneel at the site, in line with the status-quo at the flashpoint site, which is the third holiest site in Islam and Judaism's holiest.

The flashpoint al-Aqsa mosque and adjacent neighborhoods have seen months of violence, with the mosque compound a rallying point for Palestinian resistance to perceived Jewish attempts to take control of it.

A day after the shooting of Yehuda Glick, security forces shot and killed the shooter, Muataz Hijazi, a 32 year-old Arab man from the East Jerusalem neighborhood of Abu Tor.