Turkish Prime Minister Ahmet Davutoğlu weighed in on tensions over the flashpoint Temple Mount compound in Jerusalem Tuesday, saying Turkey will be “the loudest voice against the Israeli soldiers who tarnished the al-Aqsa Mosque."

Speaking to the Turkish paper Hürriyet, Davutoğlu said that nothing would keep Turkey from "protecting Jerusalem and the al-Aqsa Mosque." 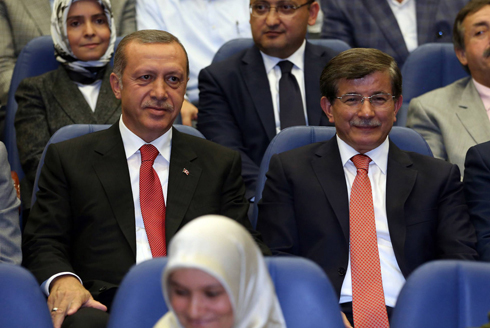 Davutoglu with Turkish President Erdogan (Photo: AFP)
Tensions over the compound, which houses both the third holiest site in Islam and the holiest place in Judaism, have fueled repeated clashes between Israeli police and Palestinians in recent weeks, culminating in a one-day closure of the mosque last month.

Davutoğlu blamed Israel for the violence, and said "I once more call on Israel and Israel’s brutal rulers: Don’t you dare considering resuming these attacks against al-Quds (Jerusalem) and the Al-Aqsa Mosque."

He furth said that the "internal turmoil and tension in the Islamic world" were being used by Israel "as an opportunity." 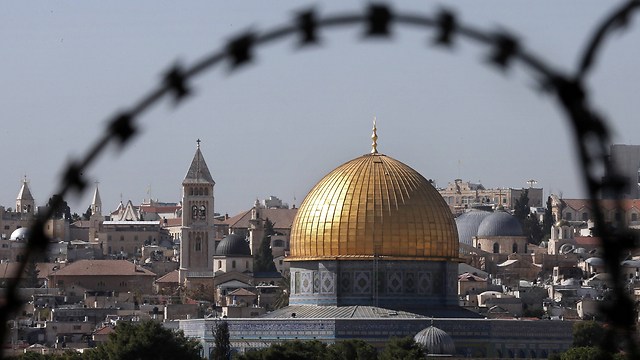 Photo: AFP
Tensions related to Jerusalem have also begun spilling over into the West Bank and Israel, leading to massive Palestinian protests, and a number of terror attacks, the most recent on Sunday, which saw a soldier and an Israeli women killed in two separate incidents. Jordan recalled its ambassador from Israel on Nov. 5, the first time it has taken such action since the two countries established diplomatic relations in 1994, denouncing what Amman called "violations" at the mosque. US Secretary of State John Kerry will travel to Jordan on Wednesday for discussions with King Abdullah about tensions in Jerusalem and the fight against the Islamic State militant group in the region, the State Department said. 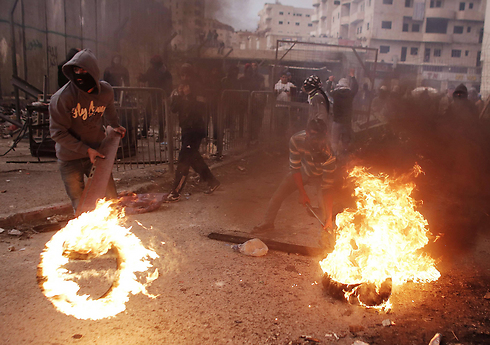 Israeli and Palestinians leaders have been exchanging verbal blows as tensions in the street reached fever pitch.

Prime Minister Benjamin Netanyahu announced Tuesday night a series of steps to be taken by his administration to combat the wave of violence sweeping the nation, including punitive measures against the parents of minors involved in clashes.

The Israeli leader stressed that his Palestinian counterpart was contributing to the anger on the Arab street. "Abu Mazen (Abbas) is not a partner to the effort against the incitement. He has proven how irresponsible he is – instead of calming tensions, he stokes them."

"Instead of telling the truth, he is spreading lies as if we are attempting to change the status of holy sites. Instead of educating his people on peace, he is teaching them terror," he emphasized.

Palestinian President Mahmoud Abbas accused Israel of dragging the region into a religious war and vowed that the Palestinians would never agree to Jewish prayer on the Muslim-controlled Temple Mount.

"Israel's leaders are making a huge mistake if they think they can now establish facts on the ground and divide prayer times at the al-Aqsa Mosque as they did at the Cave of the Patriarchs," he said in a fiery speech in Ramallah to mark the tenth anniversary of Yasser Arafat's death. "By doing these things they are leading the region and the world into a devastating religious war."

Meanwhile, US Secretary of State John Kerry will travel to Jordan on Wednesday for discussions with King Abdullah about tensions in Jerusalem and the fight against the Islamic State militant group in the region, the State Department said.