Izz ad-Din al-Qassam spokesman warns 'the fight is not over,' saying 'if the siege on Gaza and the obstacles for reconstruction remain, there will be a new explosion.'

RAFAH - The military wing of the Palestinian Islamist movement Hamas warned Thursday of renewed violence unless Israel allows the reconstruction of the war-battered Gaza Strip.

"We are saying to all sides - if the siege on Gaza and the obstacles for reconstruction remain, there will be a new explosion," said Abu Obeida, spokesman of the Izz ad-Din al-Qassam Brigades.

A devastating 50-day war between Israel and Hamas that ended on August 26 killed more than 2,140 Palestinians, and 73 on the Israeli side, mostly soldiers. 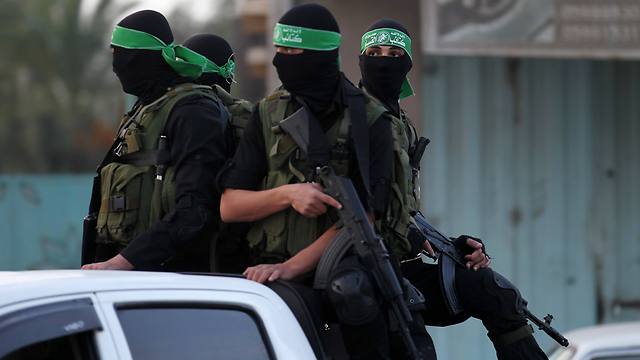 Gaza has been under a stringent Israeli blockade since 2006, with construction materials tightly restricted for fear terrorists could make use of them to forge arms or build fortifications.

The United Nations brokered a deal allowing the delivery of construction materials to Gaza by ensuring they will not be diverted by Hamas terrorists.

Last week, the UN announced the temporary reconstruction mechanism was to be launched under the auspices of a newly-formed Palestinian unity government.

"We hold the enemy fully responsible for an explosion if the reconstruction does not begin," Abu Obeida said at a rally in Gaza City, warning that "the fight is not over." 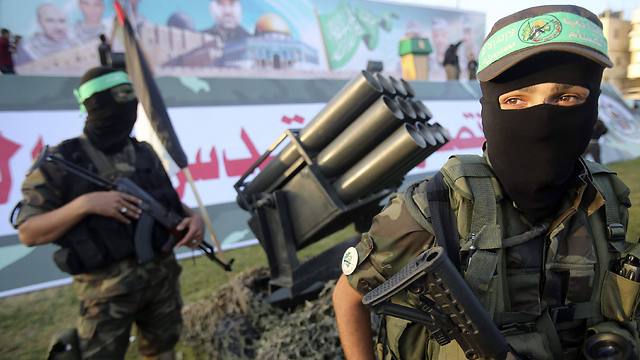 Hamas official Khalil al-Haya, also speaking at the rally attended by dozens of gunmen and around 1,500 people, called for renewed dialogue between his movement and rival Palestinian faction Fatah.

Hamas and Fatah earlier this year signed a reconciliation deal to end seven years of bitter and at times bloody rivalry which has left the West Bank and Gaza ruled by separate administrations.

But Palestinian President Mahmoud Abbas after a series of bombings in Gaza last week targeting property of his Fatah party accused Hamas of trying to destroy unity efforts.

Haya, whose movement has denied any link to the blasts, urged Abbas not to use the attacks as "a means to evade reconciliation" and called on Fatah "to return to a partner-based dialogue."