Ansar Bayt al-Maqdis, the Sinai-based terror organization that has recently pledged allegiance to the Islamic State group published a video overnight Friday in which they have taken responsibility for a deadly terror attack that left 31 Egyptian soldiers dead some three weeks ago.

On Friday, the Ansar Bayt al-Maqdis (Protectors of the Holy Temple) renamed their self Welayat Sinai - or the State of Sinai, in a reference to the Islamic State to which they have sworn fealty. In the video, one of the terrorists behind the attack can be seen with an Islamic State group shirt. 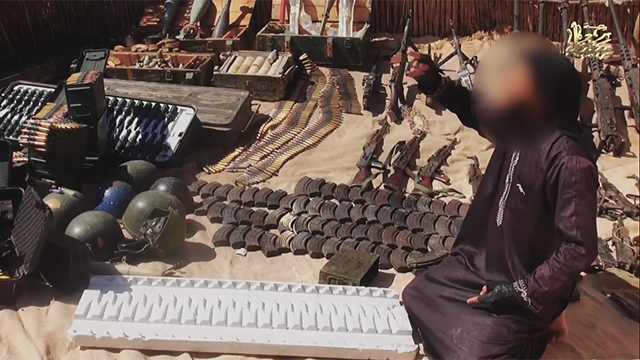 "Sisi is a scoundrel. Sinai will turn into a car bomb which will destroy all you… Sinai will be a bomb to break your home front, we will decapitate you, cut off your hands and legs," the narrator says. The nearly 30-minute video, whose authenticity could not immediately be verified, was posted on the Twitter feed claiming to represent Sinai-based group. 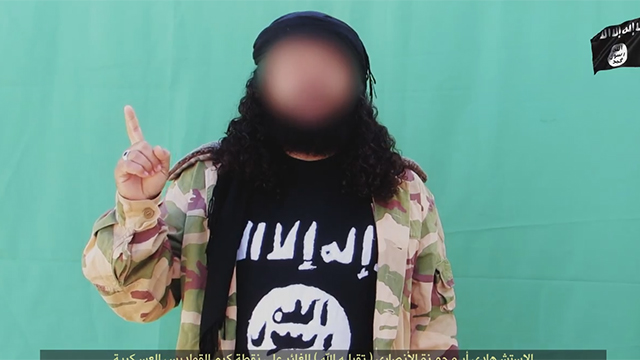 The group this week pledged loyalty to the al-Qaeda offshoot now facing US air strikes in Syria and Iraq. The footage was edited in a slick fashion that resembled videos purportedly released by Islamic State group.

Sisi has expressed concern that an Islamist insurgency in the Sinai could destabilize the Arab world's most populous nation and threaten its neighbors. Militants have killed hundreds of soldiers and police since the army ousted Morsi last year after mass protests against him. 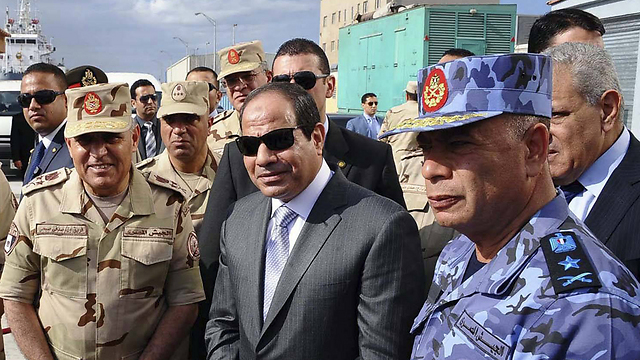 Egyptian President Abdel Fattah al-Sisi (Photo: AP)
Since last month's attacks, Egypt has stepped up air strikes and created a security buffer zone at its border with the Gaza Strip, evacuating hundreds of people from the border region. The video shows a man threatening supporters of Sisi. Text at the bottom of the video describes him as the suicide bomber who attacked the Karam al-Kawadis military site. 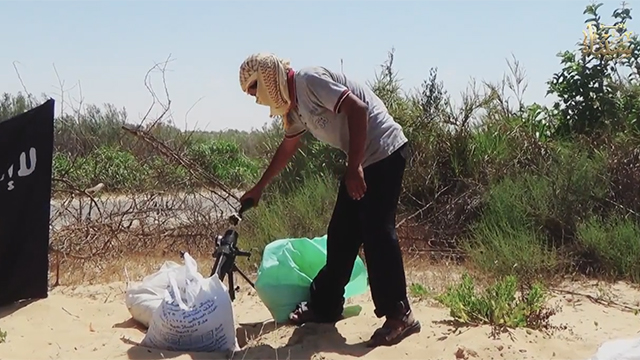 The man says the fighters "will be the swords that cut your heads." The message appears directed at Egypt's armed forces after a video posted on YouTube last month appeared to show militants beheading three Egyptians accused of being informants for Israeli intelligence.

The man says the group will not let Sisi get away with attacks on Muslims, saying the former army general "has exceeded all limits". The video cuts to footage of a large explosion in the desert. Gunmen are shown entering an area littered with dead men, some in military fatigues. Another image shows fighters climbing atop a tank and raising the black flag of the Islamic State. A suicide bombing and a subsequent gun attack at Karam al-Kawadis in northern Sinai on Oct. 24 killed more than 30 security personnel and prompted the government to declare a three-month state of emergency in the area. At the end of the video, a man in a black robe sits next to a haul of heavy weapons and ammunition that he identifies as spoils of war stolen from the armed forces. He says the war against the state has just begun. Reuters contributed to this report