Original, fake or replica: Auction house in Nürnberg to sell führer's painting, but many think painting of Munich building could be a fake, shedding additional light on Nazi leader's un-illustrious artistic career.

“Water color signed A. Hitler (apparently Adolf H., 1889-1945)” says the description of a painting that is to be auctioned on November 22th in the city of Nürnberg in the south of Germany. But whether it is truly an original painted by the infamous Nazi leader is hard to say – even for experts in that field, Germanys “Welt” reports. 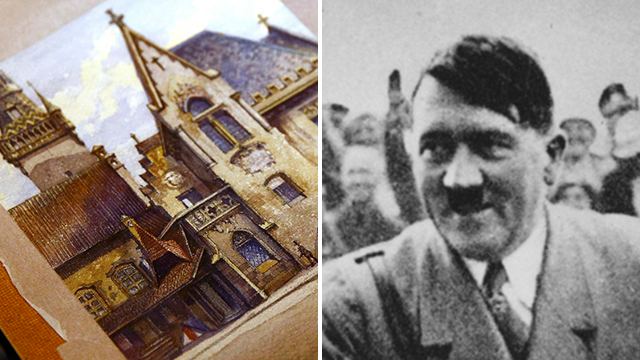 Photo: Reuters, Gettyimages
The painting, given the catalogue number 6649 by the Weidler auction house in Nürnberg, shows the building of the civil registry office in Munich – the city Hitler moved to in 1913 after he failed to pass the entrance examination to Vienna's arts academy, twice, and which later became the 'Capital of movement' after Hitler rose to power. According to “Welt” the lowest bid open in the coming auction is 4,500 Euro (slightly more than NIS 21,000 Shekel). Needless to say, the auction house expects the item to rake in much more , up to 50,000 Euro (NIS 240,000) Kathrin Weidler, the auction houses junior manager, told “Spiegel Online”. Weidler says the auction house as received many request so far, most of them from interested parties in the US, Japan and other Asian countries. As the German “taz” reported, the painting is being sold by an heiress who inherited the item more than a decade ago by an aunt who now wants to get rid of the artwork.

If the picture is an original, experts assume that it is one of the presumably 2,000-3,000 drawings, water colors and oil paintings Hitler allegedly has painted in order to make a living before becoming the Nazi leader – all of them of minor artistic quality and predominately repetitions of motive sold to tourists. 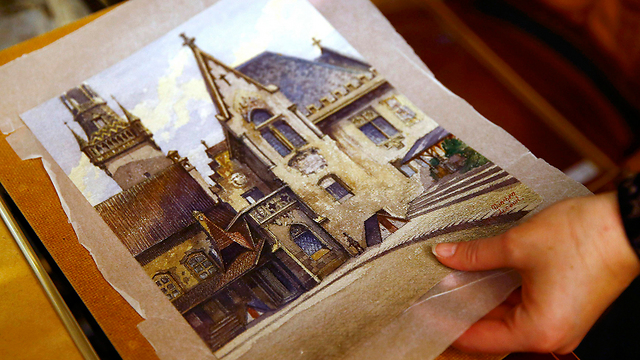 Distinguishing replica from original in general seems hard for Hitlers paintings, as he himself seemed to have copied other artists' style and later– once he became famous – became a source for numerous copycats.

As proof of the paintings authenticity the auction house offers two documents. One claims to be an original bill of a historic art dealer called “Gemälde-Salon Alois Baldauf” dated 1916. The other apparently is more questionable, as “Welt” reports: A letter of Albert Bormann, chief of staff of Hitler's deputy, Rudolf Heß, who later became Hitler's secretary.

Supposedly Albert Bormann confirmed the authenticity of the painting to the former owners: “Insofar as shown by the copy you sent me, it seems to be a work of the Führer. Of course the authenticity only can be proven entirely correct with the original”, he wrote. What seems to be a proof of authenticity at the first glance can very well also be a proof for a replica as “Welt” explained. Apparently, Hitler's diaries, that were published by the German magazine “Stern” in 1982 / 83 and were later uncovered as fake, had just such a certificate – written by Konrad Kujau who also faked the diaries. Suspicious is also rising from the signature on the painting itself. As “taz” reported the bill from 1916 stated “painting of Hiller”. Only afterwards someone seems to have added a little stroke through one of the letters to change it into a “t”. The auction house in Nürnberg has sold several paintings by Hitler in the last years. In 2009 two water colors sold for 32.000 Euro – an amount art historians consider way to much for the pure skills Hitler had.