Heavy rain in recent days have seen damaged homes flooded with water as Gazans struggle to cope with aftermath of summer conflict in bad weather.

Still reeling from the devastating war over the summer, the heavy rains of recent days have dealt the residents of the Gaza Strip another blow. Hard hit was the Sajaiyya neighborhood of Gaza City, which saw some of the heaviest fighting during Operation Protective Edge and suffered enormous bomb damage.

Over the last few days, the B'Tselem organization has documented the ways Gaza residents whose homes were damaged have struggled to deal with the rain. The photographs focus on the home of the Sukkar family – parents and seven children whose home no longer provides protection from the cold and rain.

New disaster: Gaza in the rain

"The apartment was damaged by shells and parts of it were destroyed," says the mother, Fatima. "Every time it rains our home floods. We have no protection from the cold, and the children are suffering and getting cold."

The family has spent the last few days trying to block holes in the ceiling using various improvisations that do not always work. Some of the holes were covered with metal sheets that managed to stop the water dripping inside. "It was the most beautiful house in the area," says the father, Ahmed. "Look what happened to us, what have we come to. All night long the water gets into the room." 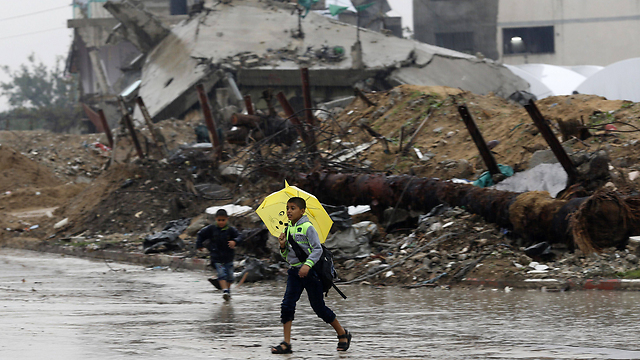 A child walks in Gaza - with an umbrella and sandals. (Photo: AFP)

Fatima says that sometimes she stays up all night to mop up the water with rags and blankets. "We are living in a nightmare," she says. "This war took us back 40 years." 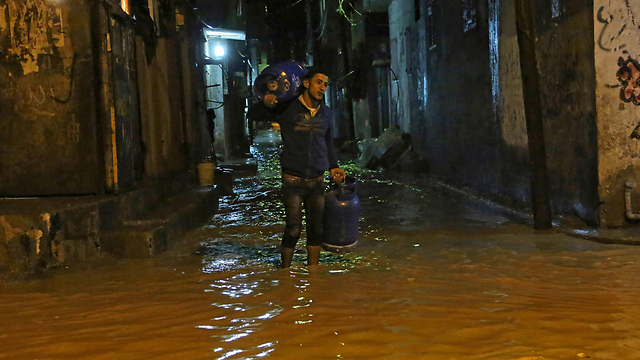 Before the operation, the Sukkar family lived in good conditions relative to the other residents of the Gaza Strip, but now they live in a broken home with almost no resources or electrical appliances. 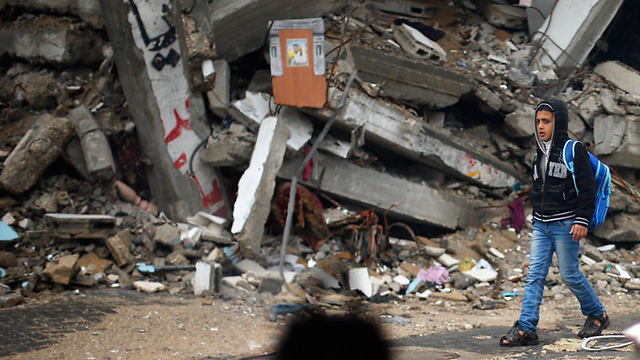 This week, the mechanism for the rehabilitation of the Gaza Strip went into operation. The first phase will see the transfer to Gaza of building materials to restore 25,000 homes damaged in the operation. The restoration of the homes is expected to be carried out relatively quickly, so that partially damaged houses can be inhabitable during the winter. 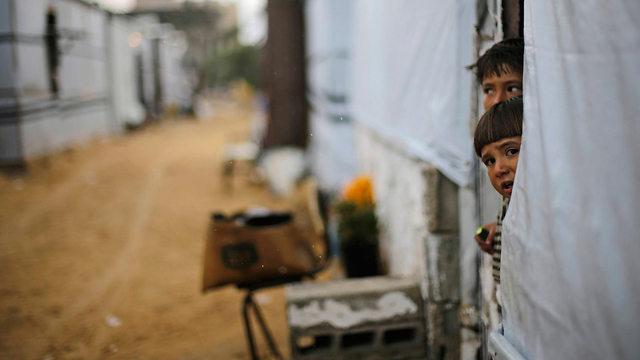 Nonetheless, tens of thousands of Gazans will remain homeless this winter, and be forced to continue living in UNRWA shelters throughout the Strip. 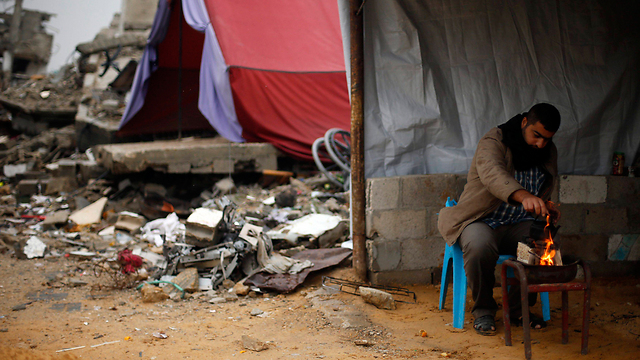 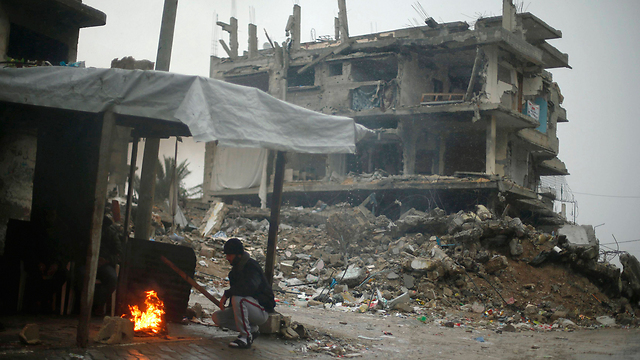 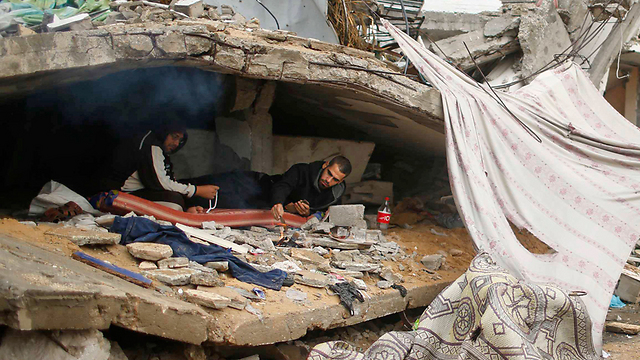