Chinese olim have Golani Brigade in their sights

Three members of the ancient Jewish community of Kaifeng who made aliya five years ago are about to enlist in the IDF, and all three want to join the fabled combat unit.

All three were born in China, in the ancient Jewish community in Kaifeng. They immigrated to Israel some five years ago and recently completed their conversion and naturalization processes. In two weeks, they'll report to the Israel Defense Forces' Induction Center in Tel Hashomer and join the army. Despite their relatively advanced age (all three are 25 years old), they are dreaming of enlisting in the Golani Brigade.

The three – Moshe Li, Gideon Fan and Yonatan Xue – are the first Jews from the Kaifeng community to enlist in the IDF. 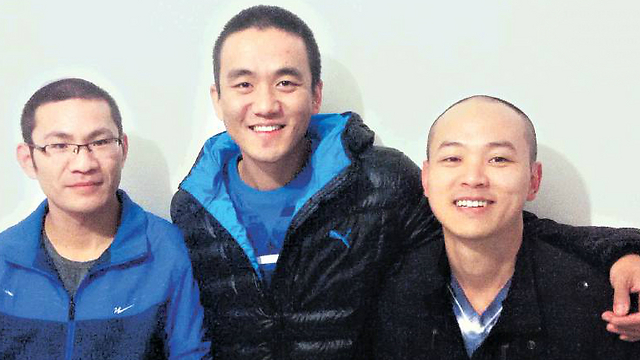 They immigrated to Israel in 2009 with the help of Shavei Israel, an organization that reaches out to descendants of Jews around the world in an effort to strengthen their connection with Israel, and completed their conversion and naturalization processes last year. The Kaifeng community numbers around 1,000 individuals who, despite much assimilation, still maintain ties to Judaism.

Recent years have seen a fascinating awakening among the descendants of the Kaifeng Jewish community, and especially among the youth, who are seeking their roots and identity. Some are undergoing conversion and returning to Judaism; and there are those, too, who wish to immigrate to Israel.

Michael Freund, chairman and founder of Shavei Israel, which has been in contact with the community for quite some time and even employs a special representative there, managed a few years to get the Interior Ministry's approval to bring Moshe, Gideon and Yonatan to Israel, and personally financed their immigration and absorption costs. Shavei Israel also helped to enroll the three in a yeshiva and support them through their conversion process and integration in the country.

The three will now try to fulfill another dream on their way to becoming rank-and-file Israelis – to join the Golani.

"The fact that Moshe, Gideon and Yonatan have decided to enlist to defend the country is very moving," Freund says. "This is the first time Jews from Kaifeng are donning IDF uniforms. The Jews of Kaifeng are the thread that links the Jewish and Chinese nations, and I hope we will be able to bring many of them to Israel in the near future." 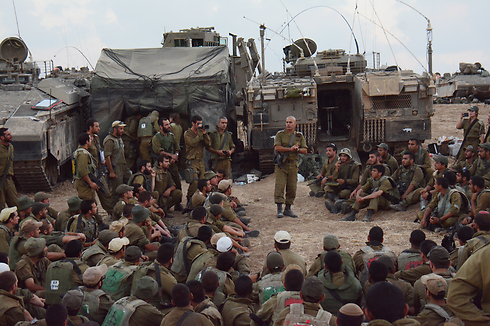 "I am the only son of parents who remained in China," says Yonatan Xue, one of the three young men who will soon join the IDF.

"I began the conversion process before arriving in Israel. I studied dentistry for about three years and I worked at a hospital in China. I have always dreamed of serving in Golani, and I am very excited about enlisting in the army. I am very happy to be getting the opportunity to make new friends in the unit and become part of Israeli society through the army."

The Kaifeng community is believed to have its roots among Iranian Jewish merchants who arrived in China centuries ago.

Although the Kaifeng Jews have long since assimilated almost entirely (and are required therefore to undergo conversion), their descendants continue to uphold certain Jewish customs: They refrain from eating pork, bake matzo on Passover, say the blessing over the wine on Sabbath eves, and light Hanukkah candles.