Netanyahu: If I can't govern, we'll go to elections

Top Haredi rabbi signals Israel heading to elections as tensions between Lapid and Netanyahu boil up; 'If they want us in the coalition they will have to turn back the clock on IDF enlistment,' says top Haredi MK.

"If I reach the conclusion that I cannot lead the government the way I see fit then we will go to elections," Prime Minister Benjamin Netanyahu said through affiliates Saturday night, as Haredi parties mulled their support of the prime minister in a future election, a decision which could allow Netanyahu to move for a general election without fearing he would lose his position.

By Sunday his comments were more direct: "Israel needs stability… sadly this is not what's happening. Hardly a day passes without us running into dictates or threats of resignations or one type of ultimatums or another while ministers are lashing out at the government and the prime minister." 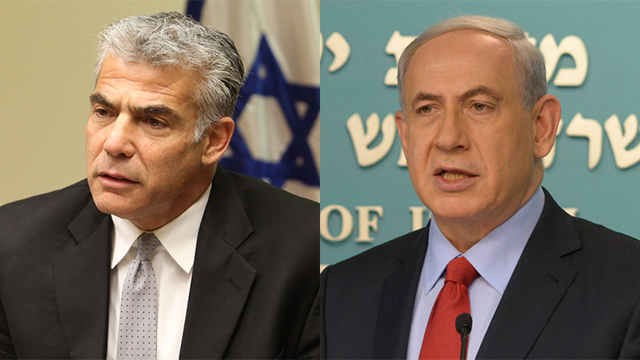 "I hope we can return to normal conduct. This is what the public expects from us. This is the only way to lead the country, and if not we will have to draw conclusions," the prime minister said, in a thinly-vieled reference to the possibility of disbanding the coalition.

Meanwhile, MK Moshe Gafni, MK Uri Makleb and MK Yaakov Asher from Torah Flag - the Lithuanian faction within the Haredi United Torah Judaism's party – met with 101-year-old Rabbi Aharon Leib Shteinman, who ordered them to promise Netanyahu that they will not join an alternative coalition if he would move to hold a general election.

However, at this point, the Haredi factions fell short of committing to supporting Netanyahu in the next elections or as the next prime minister.

"The job of the opposition is to bring down the government. We (the haredim) want an election. Period, " said MK Yaakov Litzman (United Torah Judaism) in an interview with Ynet Sunday. 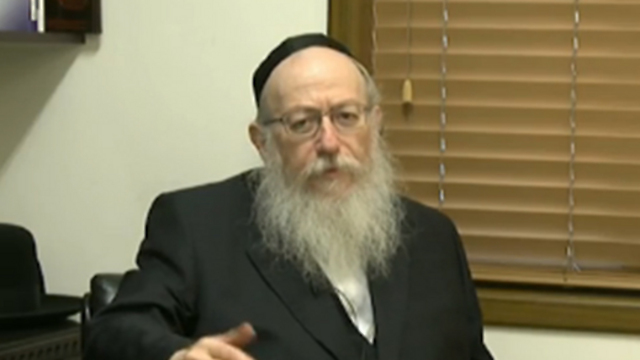 Recent reports have said that the Haredim have already begun negotiating with Netanyahu ahead of a future vote and government in which they could see themselves leave the opposition for a prime place in government, but they are also hedging their bets.

In Israel's electoral system, after the general ballot is held, the different parties give the president their recommendation regarding who should form the next government. The person leading the party with the most recommendations is usually Israel's next prime minister.

The two main Haredi political parties - the Ashkenazi United Torah Judaism and the Sephardic Shas - vowed to give Netanyahu answers regarding their joint support in the upcoming days. Litzman confirmed, but refused to go into the details or say that the haredim have decided to throw their support behind Netanyahu, which would ensure his continued premiership, regardless of the number of Knesset seat's the Likud wins in a future ballot.

Rabbi Aharon Leib Shteinman's decision signals the Haredim will not give Netanyahu there full support, but will not give their hand to any attempt to oust him by forming an alterantive coalition.

The haredim are trying to push for an election while not yet committing to any one party, but rather putting forth a list of demands, namely more funding for seminaries and an end to a controversial enlistment law which forces the ultra-Orthodox to enlist.

Litzman confirmed Finance Minister Yair Lapid had reached out to him: "He contacted me during the holiday season through a businessman who asked if there was a possibility we would sit (in government) with Lapid. We asked how that is possible (Lapid pushed the enlistment law and is known for his anti-Haredi sentiment) and we were told it can be worked out.

"Some two weeks ago a prominent political figure officially approached me and asked two questions: Would we sit with Lapid along and would we agree to sit with Lapid and Herzog. I said 'no'."

The coalition has been tearing at the seams recently over a number of issues, most prominently the Jewish nation state bill. However, the politics of elections have been deeply in play for some time now regarding Lapid's flagship 0% VAT bill, which Netanyahu has now moved against.

"I am not at peace with this bill, it wastes billions for the state and will do nothing to alleviate housing prices, quite the opposite" Netanyahu said behind closed doors Saturday.

The comments prompted Lapid to respond sharply, saying that Netanyahu was cooperating with a "five central Likud politicos who are de facto controlling the country, they influence politics and are undermining the budget."

Despite reports regarding Lapid's own outreach to the Haredi parties, the centrist Lapid slammed Netanyahu for negotiating before elections had even begun: "Instead of focusing on this (the housing crisis) they focus on the smallest kind of politics there is – what will happen after the elections and what will the haredim do."

The comments led Netanyahu to respond again, saying through affiliates that "I am not holding on to my chair, I can easily pass the budget and remain in power for two years, but I recived a mandate from the people of Israel to manage this country to the best of my understanding, and it is my responsibility to manage it with the greater good in sight.

"The way (Lapid's) Yesh Atid are acting it has become impossible to govern… If I reach the conclusion that I cannot lead the government the way I see fit then we will go to elections, but I will not lend my hand to Lapid and Livni's misled policy."

Recent months have seen a spur in rumors about an early election. The most prominent signs indicating elections can be expected is Netanyahu's move to cement his leadership of the Likud party, which would allow him to focus his energies on any future elections.

A number of contentious bills and issues have also been gnawing at the shaky coalition, some of which could serve could serve as a catalyst for the process.

One such example, is the Jewish nation state bill, which has already pitted centrists against rightist, and could serve as a pretext for either side choosing to dissolve the coalition and save face.

Moran Azulay and Kobi Nachshoni contributed to this report