Mahmoud Abu Khdeir, a cousin of teenager with same name who was murdered by extremist Jews over the summer, tended to victims; says 'Peace brings peace'.

Among those present during Wednesday's terror attack at a supermarket were store employees, who helped overpower the assailant and treat the wounded. One of them was Mahmoud Abu Khdeir of the Shuafat neighborhood in East Jerusalem – a relative of Mohammed Abu Khdeir, the teenage victim of a nationalistically motivated attack during the summer.

Abu Khdeir, a cousin of Mohammed, works as an usher for an external company, and was in a storeroom when the attack occurred. He immediately rushed to help the wounded. "I didn't see the actual attack," he said. 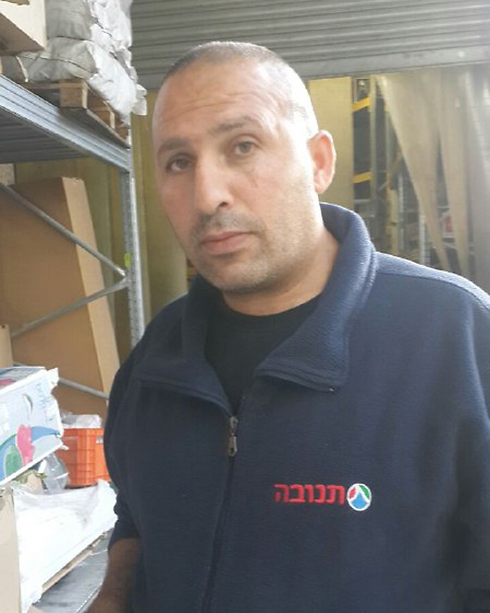 Abu Khdeir said he was raised to help others.

"I saw people enter the storeroom yelling and realized that something was wrong. I went into the store and saw a 60-year-old man whose head was wounded. I helped him, stopped his bleeding with toilet paper, and took him to the upstairs offices for treatment.

"That's how I was taught to behave by my family," he added. "When someone is wounded, you help them. It doesn't matter where they're from. I'm not (Baruch) Goldstein," he said, referring to the Jewish far-right extremist who attacked Palestinians in 1994. 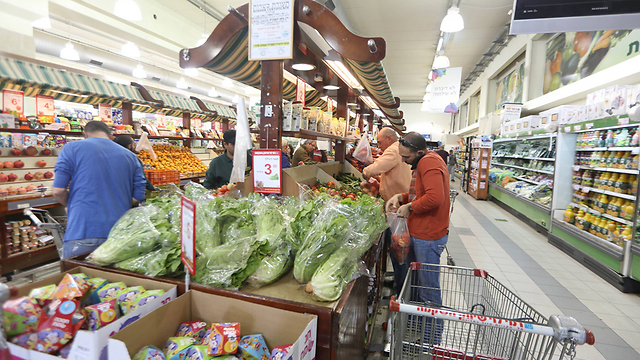 The store seen the morning after the attack. (Photo: Gil Yohanan)

"I was raised in a good family. I'm not at war. At work, when I see something like this, I have to help. It's a matter of education: I believe that tomorrow the wounded man will see someone else and go help him. I hope that one day the situation will change and we will no longer have incidents such as this. But force brings more force and peace brings peace." 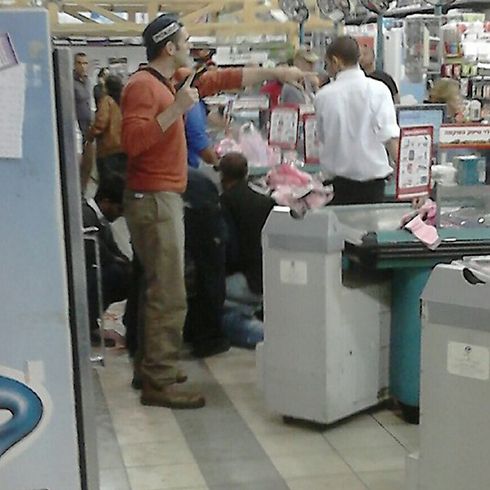 Abu Khdeir said that relations between employees remained positive. "It's tough, but we'll get through it," he said.

He also discussed his cousin's murder. "We think that the issue wasn't dealt with properly," he said. "It's not enough for us. The law should be equal for Jews and Arabs." He added that the perpetrator's house should have been demolished, just as Palestinian terrorists' houses were.

The supermarket attacker was shot and wounded by an off-duty security guard. The guard subdued him with the help of store employees. One employee, Edan Marciano, recalled the incident on Thursday morning.

"At first I was sure that it was the terrorist who was shooting. When I got closer I saw that the shooter was a Jew and that he was ordering the terrorist to get down on the floor. My instinct was automatic. I tackled him and took him down to the floor."

He praised the security guard's actions. "He did good. He had great instincts. The Palestinian employees also appreciate what we did here. They know that a mess in this area will leave their families with nothing. The money they make here is what feeds them."