In wake of international criticism about the treatment of offenders who are Palestinian minors, Israel decided to take a revolutionary step and establish a military juvenile court in the territories. Similar to the Israeli law, the detention of minors in the pre-trial period will be significantly shortened, parents will be notified of the arrest and those aged 16 will no longer be tried as adults.

A., a 14-year-old from the East Jerusalem village of Nabi Saleh, is accused of participating in demonstrations and throwing stones. He was arrested and confessed during his interrogation.

During his trial, it emerged that despite being a minor he was arrested in the middle of the night, questioned without the presence of his parents and held for many hours without sleep despite complaining of fatigue. He was also not allowed to meet with his counsel before questioning, even though he had arrived at the interrogation facility. 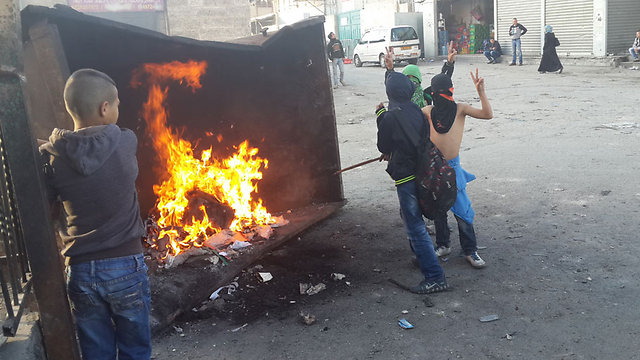 Furthermore, the boy was not questioned by someone qualified to interrogate minors, and one of the investigators even told him he was not allowed to remain silent. On the contrary, investigators told him that he had to talk.

A. is not alone. Every year, hundreds of Arab minors are arrested in the territories for security and criminal offenses. For example, 360 juveniles were arrested in 2013 for such offenses. But as A is Israeli, his treatment was entirely different matter, since Israelis living in the territories are under Israeli law, which has limits on the arrest and prosecution of minors

The gap between the treatment of Israeli minors and minors living in the territories has to date led to endless international complaints, and numerous reports by the Association for Civil Rights in Israel. Israel responded to the criticism by establishing a year ago a committee headed by Raz Nazari, the deputy attorney general for the criminal division, who was tasked with exploring the possibility of finally establishing a special military tribunal for Palestinian youths in the territories.

The committee, whose members included representatives of the military prosecutor's office, the police, Shin Bet and the Internal Security Ministry, recently recommended the establishment of such a court and matching the law for minors to Israeli law for minors. Attorney General Yehuda Weinstein, who signed off on the move, said that the court would operate with an eye to "the unique circumstances and the security situation in the region."

In line with the recommendations of the commission, there have been changes to the way in which the prosecution of minors in the territories in conducted. 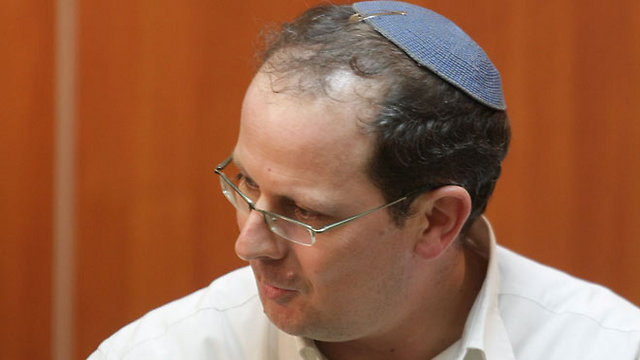 Ran Nazari: The right thing to do. (Photo: Alex Kolomoisky )

• Judges: The sentencing of a minor will take place in a military juvenile court before a single youth judge or panel where the presiding judge is a youth judge. Youth judges in the territories will receive necessary training (several judges have already been trained as juvenile judges).

• Defendants: The difference in prosecutions between Israeli and Palestinian minors so far in the territories stems primarily from the varying definitions of who is a minor. Under Israeli law, a minor is a person younger than 18, while the law in the territories defined a minor as someone under the age of 16. As a result, 17-year-old boys, for example, were tried as adults. In its recommendations, the commission called for Palestinian youths to be considered minors until the age of 18

• Time limitations: Under the new rules, there will be no prosecution for an offense committed by a person while still a minor, if one year or more has passed since the offense, unless approved by the Chief Military Prosecutor. In the case of security offenses, this statute of limitations is extended to two years.

• Specialized hearings: As in Israel, minors in the territories will not stand trial along with an adult, unless with the consent of the Chief Military Prosecutor. In addition, the juvenile court will not hold trials at a place or time where the adults are also being tried, so that at no point do minors come into contact with adult defendants.

• Parental status: As with the law on interrogating Israeli minors, the order states that parents or an adult family member must be notified when a minor in the territories is arrested or questioned. Furthermore, during a minor's trial, the parents can demand to be present at every hearing, submit requests to the court in his or her place, examine witnesses, and present arguments either alongside minor or in his or her place.

• Detention period: Reducing the gaps in the period of detention for under-14s in Israel and the territories. Minors will only be held in custody for 24 hours before seeing a judge, as opposed to the currently permitted period of eight days.

• Detention conditions: Further to an arrest, the order states a minor can only be held in a detention facility with a wing that does contain not adults. The minor may also be held in a police station, but only on condition that he or she has no contact with detainees who are not minors.

• Rights during investigation: The order states that the minor must be notified before any investigation of his right to counsel in private. The message should be delivered in language understood by the minor, taking into account his or her age and maturity level. Furthermore, if the minor has the name of a lawyer, investigators must inform him or her of the arrest.

• Appointment of counsel: the order empowers the military court to appoint counsel if the benefits to the minor justify such a move.

Deputy Attorney General Nazari, who headed the commission, acknowledged that the Justice Ministry is not the one to decide the political future of the territories, but expressed the belief that in the current situation, everything possible should be done to minimize the gaps in the law and any violation of the rights of a minor.

"The political question will not be resolved by us, nor should it be decided by us as jurists," he said. "But after so many years of Israeli rule in the West Bank, it is only right to reduce the existing gaps between Israeli law and the law in Judea and Samaria in general, in particular when it comes to the sensitive and complex issue of minors."