A Palestinian Authority cabinet minister with responsibility for the settlements and the separation fence, Ziad Abu Ein, collapsed and died Wednesday after an altercation with Israeli troops in the West Bank town of Turmus Ayya, near Ramallah.

The Israel Defense Forces said it was looking into the incident, while the Palestinian Authority said it was weighing its response.

Palestinians claimed the minister, who reportedly suffered from an unspecified illness and which could have played a role in his death, had been hit in the chest by the butt of a soldier's gun, and then collapsed.

He was then taken to hospital in Ramallah, where he was pronounced dead. The circumstances of the incident are still unclear, and the IDF has launched an investigation. An Israeli pathologist will join the Palestinian team carrying out the autopsy.

Mahmoud Aloul, a leading member of Abbas' Fatah movement, said he and Abu Ein had been among dozens of protesters carrying olive tree saplings during a protest against land expropriations when Israeli troops fired tear gas at them and later beat some of the participants with rifle butts.

Abu Ein told an Israeli officer that this was a peaceful protest, but was told the group could not proceed, said Kamal Abu Sassaka, an assistant to Abu Ein who said he was by the minister's side the entire time.

He said there was pushing and shoving between marchers and soldiers, and that soldiers fired tear gas toward the legs of the Palestinians. He said one soldier hit Abu Ein in the chest with his rifle butt, an account confirmed by other witnesses.

But Roy Sharon, a journalist for Israel's Channel 10 television said in a Tweet after the incident that he had been standing next to Abu Ein and had not seen the minister being hit by a rifle butt.

An initial report that Abu Ein was hit by a tear gas canister could not be confirmed.

"The Israel government bears full responsibility for the killing of Minister Abu Ein and the systematic crimes committed against the Palestinian people," said Saeb Erekat, chief Palestinian peace negotiator and senior Abbas aide. "This new assassination will have severe consequences."

Erekat did not elaborate on what that response the Palestinian Authority could take. 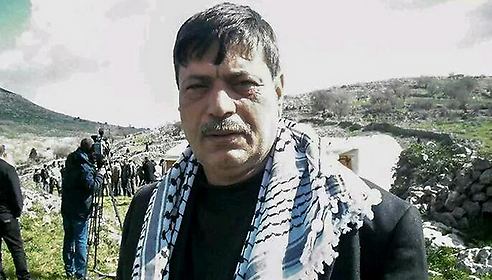 Palestinian President Mahmoud Abbas called Abu Ein's death "barbaric," and said that the Palestinians "will take the necessary steps after we learn the results of the investigation into his death's circumstances." He called for a three-day mourning period throughout the Palestinian Authority.

PA Foreign Minister Riyad Al-Maliki said that "Israel would pay" for the "murder" of Abu Ein. 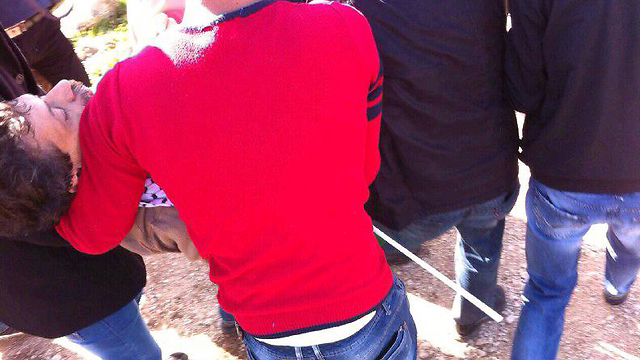 Hamas said that it "mourned" Abu Ein's death, and called on the Palestinian Authority to end its cooperation with Israel in response.

Born in 1959, Abu Ein was first detained for security-related offenses at the age of 18, for a short period. In 1979, he was accused of belonging to a cell that planted a bomb in Tiberias that exploded and killed two people, including 16-year-old Boaz Lahav. He was extradited to Israel from the United States two years later and received a life sentence, but was released in a 1985 prisoner exchange, and never admitted to the charges. 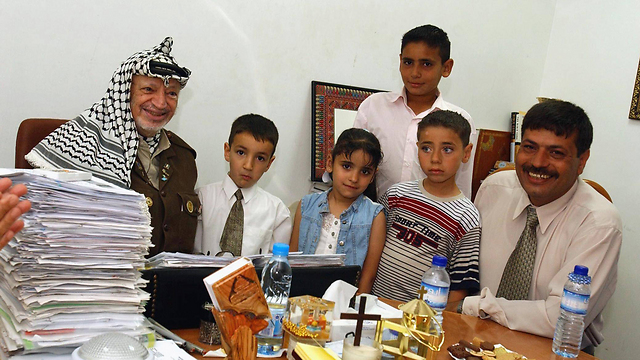 He was arrested again a few times, mostly preventive administrative arrests, as he rose through the ranks of Fatah and was a member of the movement's revolutionary council. In 2006, he became deputy minister of prisoner affairs, and held the position until the creation of the Palestinian unity government in 2014, when he was made chief of the authority for the border fence, settlements, and people's resistance – a role mirroring the rank of minister.

Following the clashes, the council heads of several Palestinian villages in the West Bank as well as the Yesh Din organization petitioned Israel's High Court to evacuate a nearby settlement, saying that it "serves as a center of illegal activity with the goal of expelling Palestinians from their land."