Health care deficit at record high, but Knesset's dissolution halts funds to save hospitals from collapse; administators 'at a loss.'

A six-month wait for a surgery appointment? Patients in the hallway because the rooms are full? If you thought that the situation at the state-owned hospitals was already bad, it looks like it's about to get worse.

The health system is hundreds of millions of shekels in the red; and because the state budget is on hold due to the dissolution of the Knesset and the pending election, the hospitals will not be receiving the funds that were supposed to save them from collapse.

"We all adhered to our work program, yet we're still going to be hit by a deficit," said Prof. Gabi Barbash, the director of Tel Aviv's Ichilov Hospital. "How can a vital system like the healthcare system be left without a responsible and experienced adult who knows how to conduct talks with the treasury?"

For several months now, government hospital administrators have been warning of severe budgetary problems. Until now, the state has been forced to subsidize their deficits to the tune of NIS 600 million (about $153 million) every year; this year, however, the deficit has swelled significantly and now amounts to some NIS 1.5 billion. 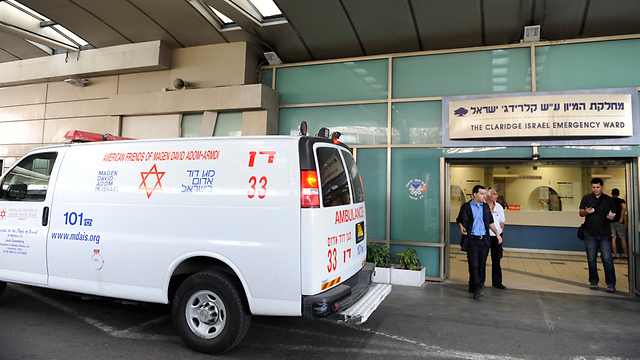 With the deficit now bigger than ever before, the political reality has only exacerbated the problem: The upcoming election means there's no budget with which to begin 2015; the hospitals are being left with no chance of receiving the money they were promised to prevent them from collapsing; and Health Minister Yael German has resigned in the wake of the dissolution of the government.

On Tuesday, following an emergency meeting at Ichilov Hospital, hospital administrators warned of a fatal blow to the health system. According to the directors, the reasons behind the increase in the deficit are the wage hikes received by doctors and nurses, the fall in the rates the health maintenance organizations pay to the hospitals, and more. 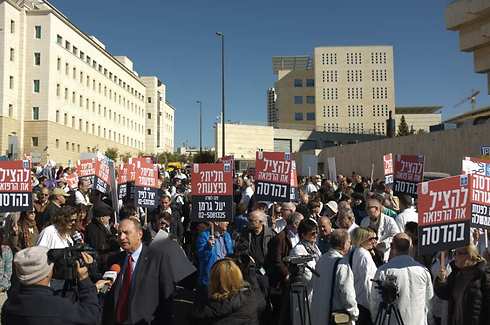 The directors also noted that the Finance Ministry had carried over hundreds of millions of shekels in arrears to next year's deficit. As a result, they warned, the hospitals would not be able to maintain normal operations and be forced to postpone elective surgeries and reduce their workforces.

Sheba Medical Center has already begun laying off doctors; and Western Galilee Hospital officials have informed the institution's union that dismissals will start in January.

"We're going to cut back on the scope of the hospital's activities due to the shortfall," said Dr. Yitzhak Berlovich, director of Wolfson Medical Center in Holon. "We may have to call people at home and inform them that although they have an appointment and have been waiting for a long time, they will have to wait for longer – until we have money. We're in the final minute; it's in the hands of the treasury's Budgets Department and the Knesset Finance Committee."

According to Sheba director Prof. Zeev Rotstein, "If we find ourselves in another emergency situation like the one last summer, we won't be able to offer the same response. I'm at a loss. We are trying to treat the public without the means to do so. I approached anyone who was able to hear me out, and I warned that we are heading for a collapse.

"We've purchased equipment and we don't have the money to pay for it, and now no one will give us more credit and the system could run aground. The budgetary knife is at our throat; we've had to cut back on acquisitions and we've fired employees, and we are conducting less activity than we did in the past, and certainly compared to what we are capable of. We aren't even dreaming of reducing the waiting times for appointments."

The Finance Ministry says it is working to alleviate the distress at the state hospitals: "The ministry has approached the Finance Committee with a request to increase the budget for hospitals by more than NIS 400 million, which would increase the state's direct subsidization of the hospitals to NIS 1.035 billion. This represents an unprecedented budget increase that is NIS 300 million higher than the direct subsidies received by the hospitals in 2012 and 2013," said a statement from the treasury.