Hamas has in recent days stepped up its attempts at psychological warfare against Israel, test firing rockets out to sea, posting leaked videos of IDF investigations - and on Sunday staging a massive military parade in the Gaza Strip to mark the 27th anniversary of its creation.

The parade from the organization that has controlled the Gaza Strip for the past seven years included various units from its military wing, including a rocket unit and its naval commandos. 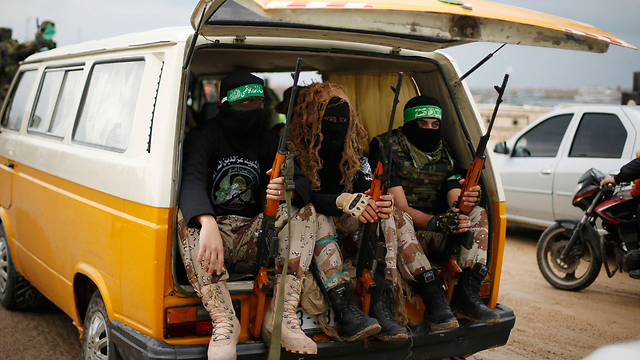 As part of its propaganda drive, Hamas issued a video in which a silhouetted figure shows up at the end. Hamas claims that the figure is Mohammed Deif, the founder of the military wing who was targeted by the IDF during the summer conflict.

It is impossible to establish whether this is really Deif, whom some in the defense establishment believe was killed in Gaza in August. In the background of the purported appearance plays a speech Deif gave during Operation Pillar of Defense in 2012. 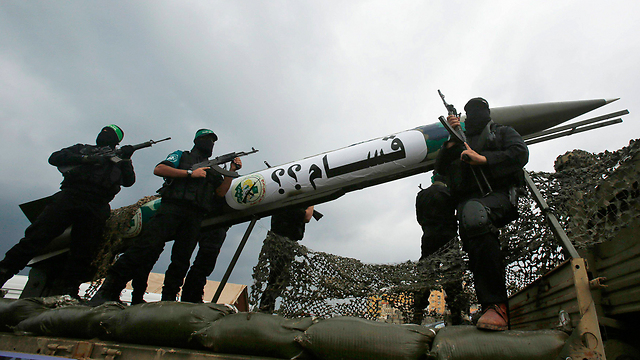 Among the speakers at the rally was Hamas military wing spokesman Abu Obeida, who became a familiar name during Operation Protective Edge over the summer.

"Hamas was able to stop the ambitions of the Zionist enterprise and because of that, it is today on the verge of collapsing and disappearing," he said. 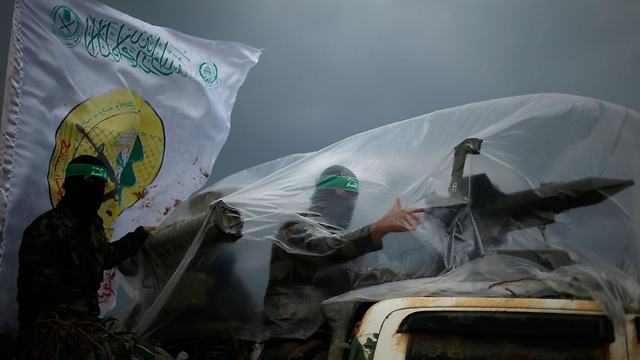 "We will not lay down our weapons until we use them to enter the Al-Aqsa Mosque. Hamas and its battalions know how to write history. For many years we have produced the al-Qassam army that you and the world sees, the combat units that today are taking part in this spectacular demonstration." 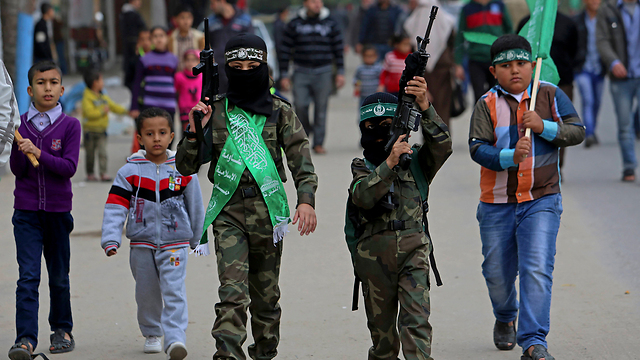 Turning to the Palestinian prisoners held in Israeli jails, Abu Odeida announced that their release was close.

"The day on which they see the light of freedom is closer than ever. Stay patient and steadfast and keep strengthening your brother fighters," he said. 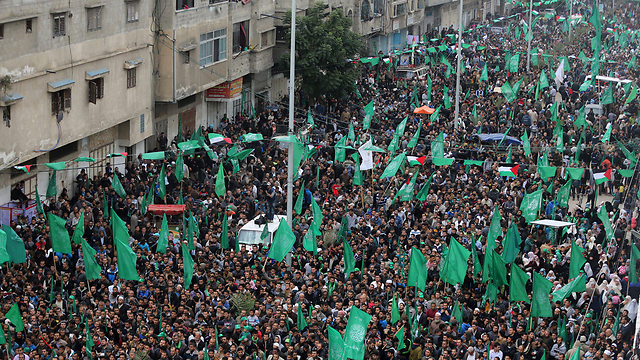 "Yes, you captured 45 prisoners out of those released in the Shalit deal, judged them in your courts and bestowed on them long or life sentences. Judge all you want and deliver years in prison and life sentences, but you will not get to decide their exits for the first time in history. These heroes will be freed and their brothers released at a time that is not of your planning, and this time close." 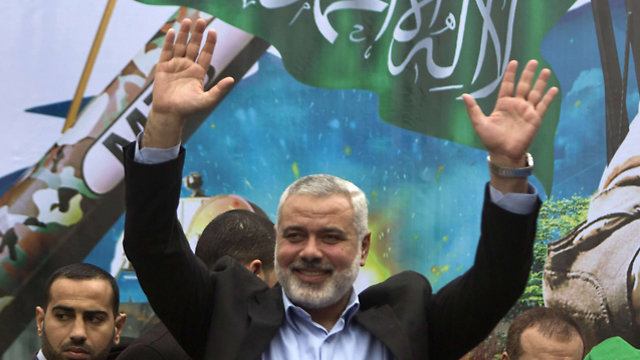 The Hamas spokesman said the Knesset law to prevent prisoner exchange deals was not worth the paper it was written on. "The hands that voted to approve it will be the ones to annul it," he said. 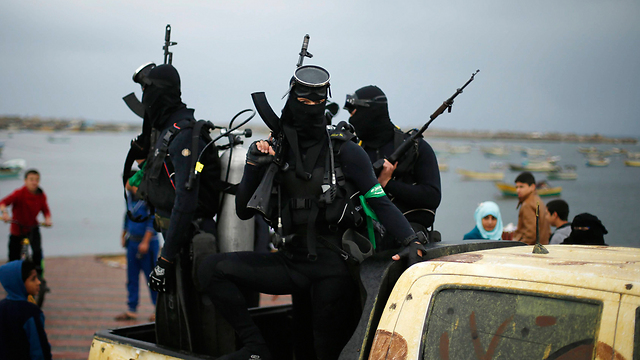 He thanked Qatar, Turkey and Iran for standing by Hamas' side and the side of the organization's military wing.

Hamas leader Khalil al-Haya, who had one son killed in Operation Cast Lead in 2008 and another in Protective Edge this summer, made an anticipated fiery speech.

"After 27 years, Hamas holds aircraft and holds the sea. It has the ability to penetrate the enemy by sea, land and air. Anyone who thinks that Israel is here to stay is wrong. All of Palestine is Islamic land and no one will share it. Jerusalem is the capital of Palestine and the center of the conflict. "

Roi Kais and Matan Tzuri contributed to this report