Israel is proud to call itself a "Start-up Nation", with more tech firms listed on Nasdaq than any other country outside the United States and China. But two elements are often missing from that success story: women and Arabs.

Doctor Amal Ayoub is hoping to change that.

An Arab-Israeli from the town of Nazareth, Ayoub is the founder and chief executive of Metallo Therapy, a biomedical start-up that has developed technology to better monitor the development of malignant tumours. 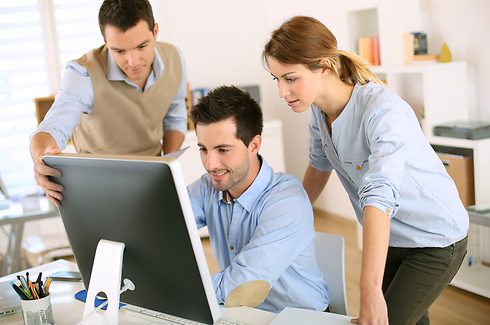 She has brought her company to the brink of commercial success - pre-clinical safety studies and plans for regulatory approval are underway - thanks to investment from the office of Israel's chief scientist, from health-technology investment fund Arkin Holdings, and from NGT3, an Arab-focused incubator.

But it has not been a straightforward path for the 38-year-old mother of two, who got a first degree in physics at Technion - often referred to as the MIT of Israel - and her PhD in biomedical engineering from Ben-Gurion University.

"It is difficult for Arabs to be accepted at Israeli organizations," said Ayoub."It's difficult to be integrated into Israel's high-tech and biotech society."

One of the biggest hurdles she faced was the fact that the country's leading hot-bed of innovation is the Israeli army - which very few Arab-Israelis, especially not women -join, where relationships built up during national service can form the basis for future success.

"Networking is not efficient in Arab society," Ayoub said, referring to the lack of any similar structure to bring Arab entrepreneurs together for years at a time and develop lasting bonds.

She also had to overcome poor odds relating to employment for Arab-Israeli women: Only 30 percent aged 25-64 are in work, compared to 75 percent of people in the country as a whole, figures from the Israeli economy ministry show.

Another problem was the difficulty of trying to build a network of biotech and financial contacts.

Israeli-Arabs make up about 20 percent of Israel's 8 million population. While there are a growing number of would-be entrepreneurs among them, they are still a very small community, mostly based in a belt of towns and cities between Nazareth and Haifa.

Nizar Mishael, the chief financial officer of the NGT3 fund that provided seed money to Ayoub said one factor holding back the community was its risk aversion. With Israeli-Arabs finding it harder to secure good jobs and generally earning less than Israelis do, holding down a decent job is preferable to taking risks on a start up, Mishael said.

Ayoub managed to raise $1.2 million to get Metallo Therapy off the ground and is in the process of raising a further $2 million to complete safety studies in animals and start full clinical trials.

She aims to expand the company to the point that it becomes an attractive acquisition target for a large drug company.

While the United States and Europe are likely to be the main markets for her technology, Ayoub hopes the 400-million-strong Arab world - Saudi Arabia and the United Arab Emirates are both active in biomedical research - will also be interested.

"I know that some Arab countries don't like to work with Israeli companies, but I hope that might be different for a company started by an Arab woman," she said.

In the hope of encouraging other Arab-Israeli entrepreneurs not to give up on their dreams, Ayoub meets them regularly to share advice and guidance.

"This is part of my agenda. There are not that many Arab entrepreneurs but the number has been growing rapidly," she said, pointing out that venture capitalists were "missing a huge opportunity" by not investing more in the sector.