Who's spying on the Israeli embassy in Oslo?

Electronic surveillance equipment hidden inside fake cell phone antennas was reportedly uncovered near several central buildings in Oslo, Norway, including the Israeli embassy, and was used to eavesdrop on cell phones and monitor messages.

Reporters from the Norwegian newspaper Aftenposten uncovered the surveillance, finding equipment placed near the Parliament building, government offices, and the office of Prime Minister Erna Solberg. Following the report, Norway's National Security Authority, known as the NSM, opened its own investigation. 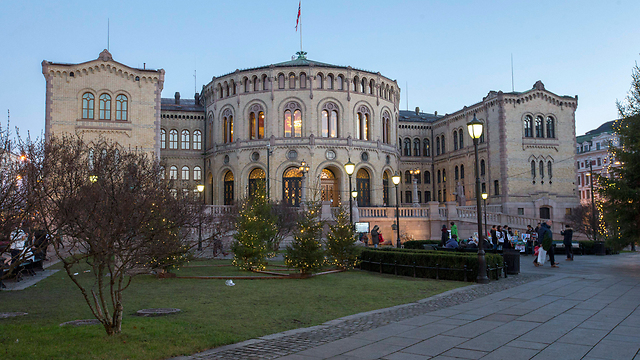 Hans Christian Pretorius, operations director in the NSM, confirmed the discovery of the equipment, but said that their origin was unknown.

Norwegian law allows only police and security services to operate such equipment. The media suggested that foreign intelligence services could be the source of the surveillance, or even private agencies or criminal groups. They said that only these organizations had the resources to conduct such a secret operation to penetrate Oslo's cellular network.

The equipment could allow someone to eavesdrop on the prime minister, members of parliament, or the Israeli ambassador. The surveillance could target any cell phone activity, including e-mails, text messages, and pictures.

Norwegian Justice Minister Anders Anundsen directed security services use all available means to discover who stood behind the illegal equipment.