Pottery fragments uncovered by archaeologists suggest olive oil was used in Israel in the Copper Age; it is the most ancient indication yet of oil production in the country.

Remains of 8,000-year-old olive oil were uncovered in the lower Galilee during an Israel Antiquities Authority (IAA) excavation.

The rare findings, the IAA explained, are the oldest evidence of olive oil use in the land of Israel and perhaps even in the entire Middle East. 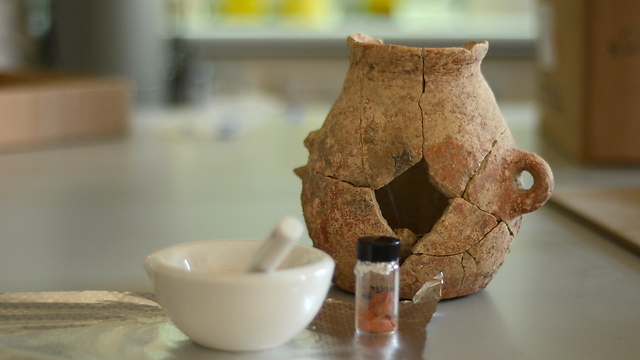 An article in the Journal of Plant Sciences presents research conducted by Dr. Yaniv Milevski and Nimrod Getzov in a salvage excavation the IAA conducted in Ein Zippori between 2011-2013, prior to the widening of Highway 79 by the National Roads Company.

The excavation found evidence of olive oil being used in the 6th millennium BC. The IAA researchers took systematically sampled the pottery found in the dig to find out what was stored in them and what uses inhabitants made of them. 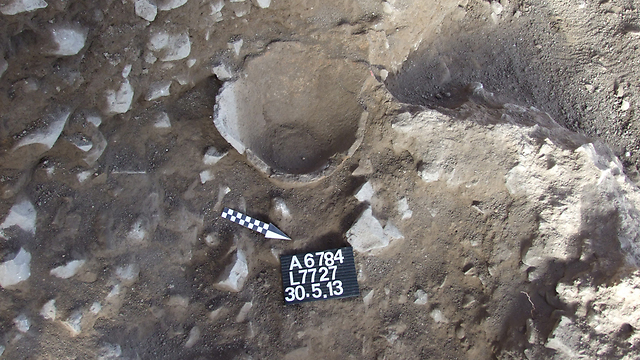 The IAA researchers, along with Dr. Dvory Namdar from the Institute of Earth Sciences at the Hebrew University in Jerusalem, took a small piece of the earthenware and used chemical methods of extraction and identification to examine attached organic remains, which were dated to the ancient Chalcolithic period, also known as the Copper Age.

A comparison of the extraction results from the ancient pottery with those of one-year-old modern-day olive oil showed great similarity between the two samples, which shows of particularly high level of preservation of the ancient oil that survived in a very similar composition to the original. 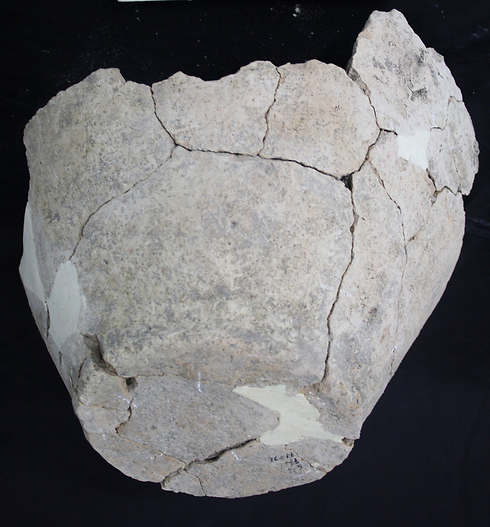 From the 20 pottery sampled, two were found to be particularly ancient and were dated to about 5,800 BCE,

"Past underwater archaeological digs led by Dr. Ehud Galili off the coast of Kafr Samir south of Haifa found remnants of olive oil production from that period but now, in Zippori, we have found the first evidence of the oil being used," the researchers wrote. "Along with the discovery from Kafr Samir, this is the earliest evidenceof olive oil manufacturing in Israel. 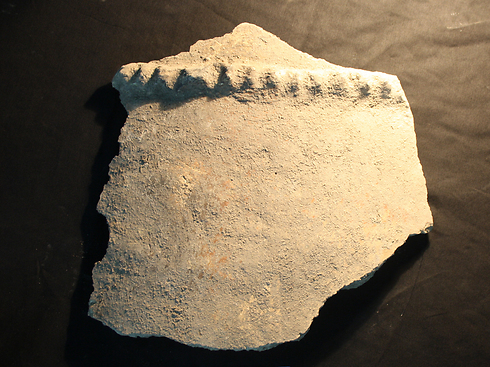 The archeological remains were found to date back to the Copper Age. (Photo: Israel Antiquities Authority)

"Olive oil was probably a part of the diet back then, and may have been used for lighting. Even though we can't determine this with certainty, this might be a kind of olives that were domesticated and added to other field crops like cereals and legumes. Since then and to this very day, the Mediterranean economy is based on oil, cereals and grapes, three crops mentioned frequently in the Bible."