More than 20% of Israeli lawmakers are female, but not one woman serves from the country's two ultra-Orthodox parties.

A struggle for women's rights is brewing within Israel's deeply conservative ultra-Orthodox community, where women, largely shut out of politics, are beginning to demand greater representation in the country's parliament. More than 20 percent of Israeli lawmakers are female, but not one woman serves from the country's two ultra-Orthodox, or haredi, parties. In haredi communities, women are expected to manage a home, raise children and provide an income for the family, often while the husband studies Torah.
Burying the Hatchet
Shas women are starting afresh
Anat Meidan
After hurling insults and accusations at one another, Shas' first ladies Adina Bar-Shalom - daughter of movement founder Rabbi Ovadia Yosef, and Yaffa Deri - wife of party chairman Aryeh Deri, have apologized to each other and are now looking ahead to helping their haredi sisters by leading women advisory council in Shas.
Shas women are starting afresh

Those beliefs remain firmly entrenched, but in the run-up to the March 17 elections, traditional views of the role of women in haredi politics are being challenged in mainstream and ultra-Orthodox media - a shift that activists say marks a major stride toward more equitable representation.

The two haredi parties in the Knesset, Shas and United Torah Judaism, have long been central players in Israeli coalition governments, often figuring as kingmakers. Each party represents observant Jews who tend to vote based on their rabbis' instructions, and who largely oppose having women as lawmakers because it would be considered immodest. 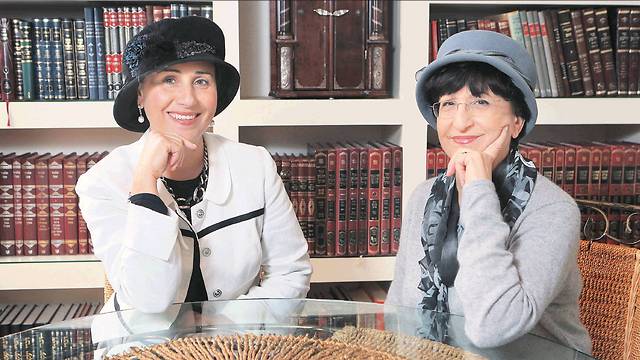 Only a few haredi women have served in parliament, but never as members of ultra-Orthodox parties, and those who have served usually faced a backlash from their communities. Women do serve in Naftali Bennett's Bayit Yehudi party, which mainly represents less conservative Modern Orthodox Jews.

Secular women, in contrast, serve at all levels of government and society. Israel is one of the few nations to have elected a female head of government. Golda Meir served as prime minister from 1969 to 1974.

Some haredi women are now demanding change. A group called "No Voice, No Vote" has pledged to boycott haredi parties that don't include female lawmakers.

"There is an absurd situation in Israel where women cannot run for two political parties," said group leader Esty Shushan, a 37-year-old haredi woman who runs a communications business. "We are saying, 'Don't give your vote to a party that doesn't think you're qualified to run.'" 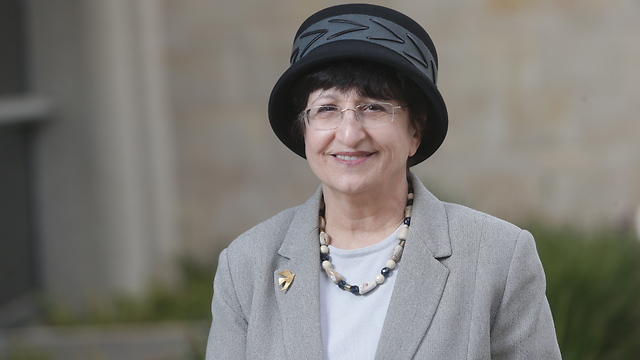 Adina Bar-Shalom daughter of Rabbi Ovadia Yosef (Photo: Alex Kolomoisky)
The group was established before the last elections in 2013, but Shushan said it has stepped up its efforts ahead of these polls. The group has spread its message through social media, and supporters of the cause have plastered religious neighborhoods with posters calling for women's inclusion in politics. In response, haredi newspapers and radio stations are devoting column inches and airtime to debating the issue. The group counts dozens of members, but it's impossible to know how broad its support is because many in the community conceal such opinions for fear of being ostracized. It has nearly 5,000 likes on Facebook, but not all of those are necessarily from ultra-Orthodox users. Shushan said reactions in the community are mixed, with some hostile and others more accepting. But she said what's important is that a discussion has begun that could spur greater change. A central player is Adina Bar-Shalom, the high-profile daughter of Shas' late spiritual leader Ovadia Yosef. Bar-Shalom is the founding chairwoman of a haredi college in Jerusalem and the recipient of the Israel Prize for lifetime achievement - Israel's highest honor. She made waves recently when she said she was considering offers to run for parliament for a party other than her father's. She dropped her bid, opting instead to create change "from the inside." But the rebellion prompted Shas to create a women's advisory council, appointing Bar-Shalom co-chair and granting her responsibilities "just like a member of parliament," said Yakov Betzalel, the party's spokesman. He said the council's creation was part of a process of change in the haredi community that could one day lead to women in the Knesset. Bar-Shalom and her co-chair will be the link between the party and its female constituents. "I believe that a day will come, and it is not far away, that we will hold the same positions our leaders do," Bar-Shalom recently told Israel Radio. But opposition to including women in politics is still vehement across much of the ultra-Orthodox population, including its spiritual leadership. An influential rabbi recently rejected the inclusion of a female legislator in a proposed merger between defectors from both Shas and the Bayit Yehudi party. Until the rabbis are swayed, female inclusion is likely to remain a distant dream. "There is nothing in Jewish law that says you can't have a woman as a Knesset member," Eli Yishai, a former Shas leader who recently formed his own party, told Israel Radio. "But our rabbis decide what they decide on every subject and the same goes for this."