The Shas Council of Torah Sages decided to reject a letter of resignation by party chairman Aryeh Deri, who decided to quit on Monday evening after video emerged showing the movement's late spiritual leader Rabbi Ovadia Yosef harshly criticizing him.

In the video, filmed after Deri had been convicted and imprisoned for taking bribes, Rabbi Yosef promises not to betray Eli Yishai, who was appointed to replace Deri, and calls Deri "wicked." 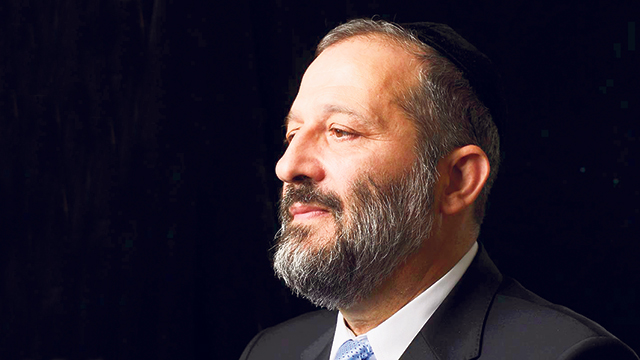 In his letter of resignation, obtained by Channel 10, Deri writes: "The pain that pierced my heart yesterday was harder to bear than our teacher's passing. God have mercy on us for the awful blasphemy, the dishonor of the Torah, and the besmirching of our teacher's honor, the likes of which haven't been seen in generations. The heart aches. Shame on us, that such a thing happened in our lifetime. I therefore decided to come before you and give back the role you have placed upon me." 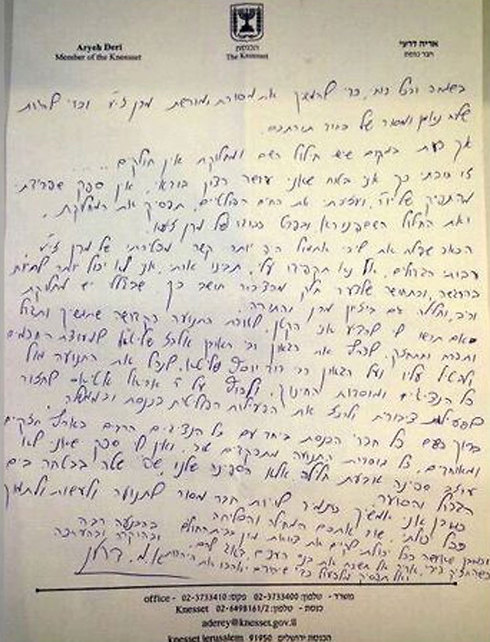 Following the Council of Torah Sages' decision, Deri released a message to his followers, saying: "My dear brothers, members of Knesset and activists all around the country, with a heavy heart I ask you not to let your spirits fall and your resolve waver. You must understand, after the contempt of the Torah and desecration of God the great that occurred yesterday, I cannot allow even the smallest of injuries to the immense character and legacy of our shepherd Rabbi Ovadia Yosef.

"We're here to protest the awful dishonor done to Father's memory, a dishonor of the Torah," the rabbi's son, David Yosef, said. "We're here to express our pain over what was done. We're asking for forgiveness, Father." 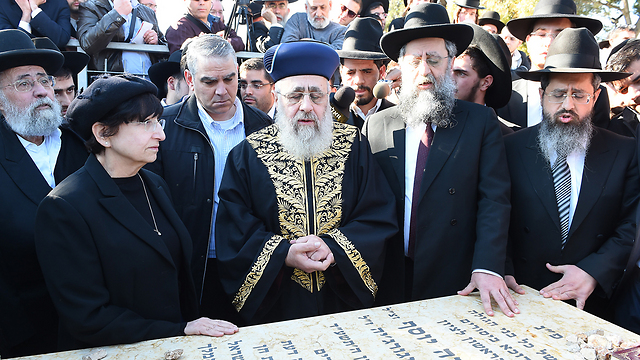 Several dozen of Yosef's family members were present, including Chief Rabbi Yitzhak Yosef and Moshe Yosef, who took care of his father in his final years and also appears in the video as the one speaking to Rabbi Yosef.

"Eli Yishai is an insolent man who will do whatever it takes to save himself," David Yosef added. "Father, we've come to weep and express our pain." 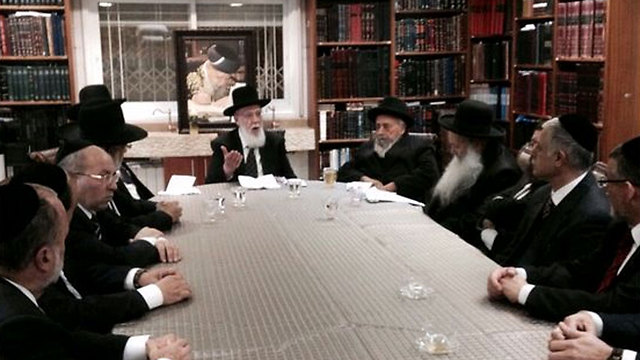 On Monday, Channel 2 aired a video filmed about six years ago. Rumors of the existence of the video, referred to as the "doomsday weapon" by some Shas officials, have been around for quite some time.

Among other things, Yosef says he cannot betray Eli Yishai, which is why he will not make Deri chairman of the party again. He bemoans the fact that Deri is too independent and provides examples of instances in which Deri did not heed his words. Rabbi Yosef also praises Eli Yishai for his loyalty and obedience.