As part of the Israel Police's ongoing investigation into the Yisrael Beiteinu corruption scandal, the Lahav 433 Anti-Fraud Unit this week raided the offices of the World Zionist Organization's Settlement Division and seized various documents. The raids took place at the Settlement Division's northern, central and southern district offices, and focused primarily on documents pertaining to tenders issued by the division in recent years. 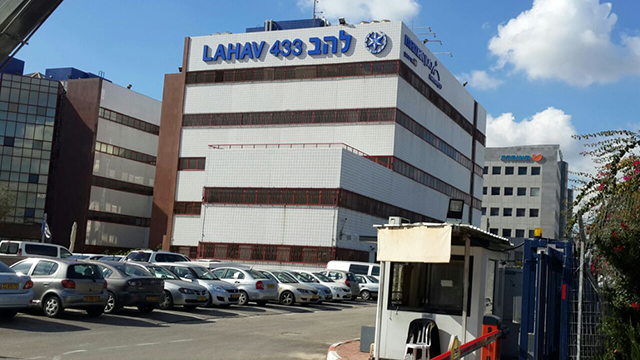 The investigators are also looking into the actions of activists and senior officials from Yisrael Beiteinu, and Deputy Interior Minister Faina Kirschenbaum in particular. Kirschenbaum and others from the party are believed to have transferred or helped to transfer funds to councils, unions and associations in return for payment or job placements for their associates.

Thus far, police haven't arrested any suspects from the Settlement Division, which every year receives several financial packages that significantly inflate its original budget. These monetary transfers, carried out with the approval of the Knesset Finance Committee, are often said to stem from the coalition agreements between the various political parties.

As revealed by Calcalist some six months, the Settlement Division's budget has increased by more than 600 percent since the beginning of the year.

Earlier this week, Lapid addressed the unfolding scandal expanding to include the Settlement Division. "We are talking about money. A lot of money. Billions. Under the table. Why do you think they jumped at any attempt to stop us when we tried to pass a law to guarantee transparency in the Settlement Division?"

The former finance minister, fired in the fall by Prime Minister Netanyahu, lashed out at the corruption in the government. "Why do you think the national anti-fraud unit raided the offices of the Settlement Division? Because the corruption continues. Because behind Bennett's smile hides a sectorial faction which cares only for itself, its settlements, its institutions, and its yeshivas."

According to Labor MK Stav Shaffir, who's been waging a war in the Finance Committee against the monetary transfers to the Settlement Division, "The Settlement Division's involvement in the big corruption affair proves again that when there's no transparency, there's corruption. Over the past year, I've been waging a persistent battle to expose the covert interests that hold sway over the division's budget. Despite the fact that the division is funded down to the very last shekels by the Israeli taxpayers, its leaders – and the Yisrael Beiteinu and Bayit Yehudi politicians who back them – refuse to reveal what they do with the huge sums channeled to them every year.

"I have demanded time and again in the Finance Committee to know where the division's money is going; and time and again, I am given evasive responses. It's clear now who the cover-up is serving. In addition to the transfer of funds to the regional councils, information I have gathered in recent months indicates that the division is also secretly channeling tens of millions to private organizations, many of whose heads have close ties with the Bayit Yehudi leadership.

"Last year, I presented these troubling findings to the state comptroller and attorney general with a demand to take action on the matter as soon as possible. I trust the Israel Police will do all it takes to expose the truth; at the same time, however, to prevent this kind of state-sponsored corruption, we need to fundamentally change the rotten system by which the government manages the money of the Israeli public without supervision," MK Shaffir concluded.