Large flightless bird ran on roads for several minutes before being cornered and taken to the city's veterinarian department.

Residents of the coastal Israeli city of Herzliya saw an unusual sight Sunday afternoon – an emu, which is a large flightless bird, briskly running alongside a shopping center in the rain.

"Roi" (not his real name), a resident who filmed the incident, said he was concerned the bird, which was running at nearly 40 kilometers (about 25 miles) an hour, could cause an accident.

"I called the police and reported the emu sighting. They were stunned. As I drove, I noticed that a city vehicle had arrived to deal with the emu and was zigzagging between lanes, but I was the only one who managed to chase after it with my scooter." 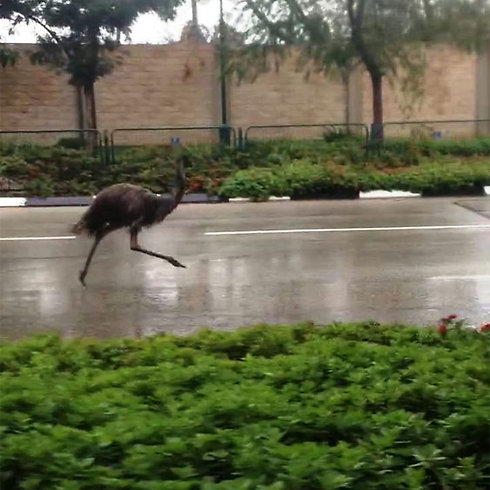 Emu on the run

He said he tried to stop the emu a number of times, but it tried to attack him. 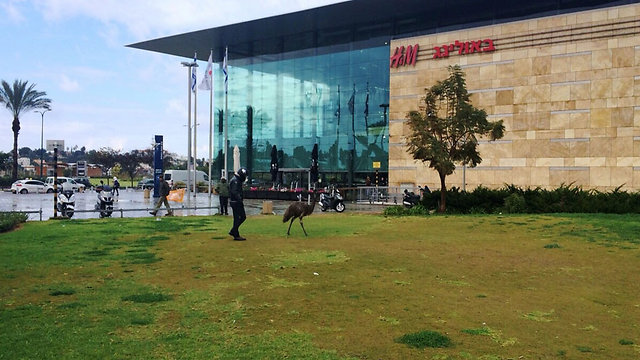 After several minutes of chasing the bird, Roi managed to steer it towards the lawn adjoining the shopping center. Two employees of Herzliya's City Hall Veterinarian Department arrived after a few minutes and joined the attempt to capture the emu; one of them managed to grab it by the neck, but the emu went wild and tried to kick and peck at him. 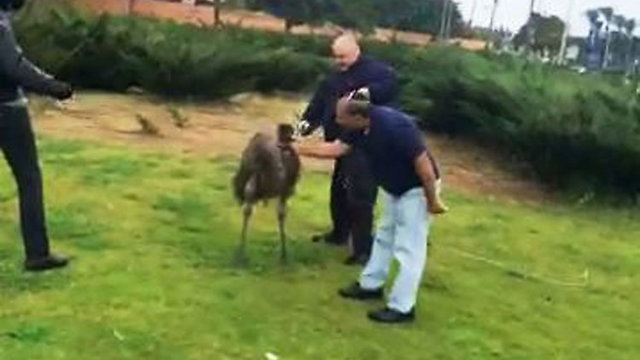 The emu is a large flightless bird from Australia. It can reach a height of nearly two meters (about six feet six inches) and a weight of 40 kilograms (88 lbs).

Herzliya City Hall confirmed the report and said they were holding the emu until the Nature and Parks Authority had looked into the incident. Sources said the emu probably escaped from an unregistered farm somewhere in Israel's center. City Hall has been attempting to find the owner.