Legal declaration to allow ICC to scrutinize offences allegedly committed since kidnapping of Israeli teens, but does not necessarily mean court will automatically open investigation.

The legal declaration would allow the ICC to scrutinize offences allegedly committed since June 13, 2014, the start of Israel's military operation, but does not mean the court would automatically launch an investigation, it said.

The Palestinians have formally requested to join the Hague-based court in a move which opens the way for them to file suit against Israeli officials for alleged war crimes in the occupied territories, a request that has infuriated Israel. 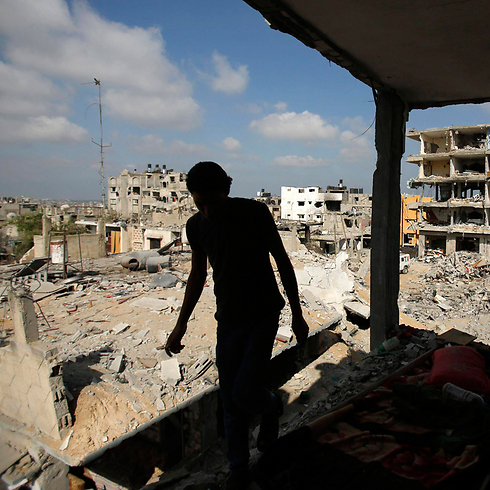 Acceptance of the ICC's jurisdiction differs from accession to the Rome Statute, the Court's founding treaty. The UN is still reviewing documents submitted by the Palestinians to join the Court.

"On 1 January 2015, the Registrar of the International Criminal Court (ICC), Herman von Hebel, received a document... by the Palestinian government declaring Palestine's acceptance of the jurisdiction of the ICC since 13 June 2014," the ICC said in a statement.

It was on June 13 that Israel began a massive crackdown on the West Bank after the kidnapping and subsequent murder of three Israeli teenagers, triggering a series of events which led to a seven-week Gaza war that killed nearly 2,200 Palestinians and 73 Israelis.

"Acceptance of the ICC's jurisdiction does not automatically trigger an investigation," the court added.

The ICC can prosecute individuals accused of genocide, crimes against humanity and war crimes committed since July 1, 2002, when the Rome Statute came into force.

The ICC only has jurisdiction from that date onwards, but those joining after that time may nonetheless separately accept the authority of the court for the period before the statute entered into force for them.

To date, 122 countries have ratified the Rome Statute, with the notable exceptions of the United States and Israel.

The Palestinians' ICC bid is part of a shift in strategy for the Palestinians, who are seeking to internationalise their campaign for statehood and move away from the stalled US-led peace process.

Palestinian leader Mahmud Abbas signed requests to join the ICC and 16 other conventions after the Security Council failed to adopt a resolution paving the way to full statehood.

The US has branded the ICC move as "counterproductive".

A furious Israel on Saturday delayed the transfer of $127 million (106 million euros) in taxes it collects on behalf of the Palestinians in retaliation for the attempt to press war crimes charges against the Jewish state.