Schools are out in Golan and Galilee, roads closed in Jerusalem as snow blankets Golan, rains showers north and central Israel.

Snow and sleet fell in Jerusalem, the Galilee and Golan Heights and rain poured on the center as a much anticipated winter storm reached Israel Thursday, forcing schools and roads to close across the nation, as Israel braced for the looming cold front.

One boy was killed in a car accident Wednesday noon, joining three others killed as a result of the snow throughout the region.

Though more common in recent years, pristine snow-covered roads and mountains are still a rarity in Israel, and, for lack of better infrastructure, still pose a security risk, forcing local authorizes to shut down the roads leading to a number of central spots in the north, namely the roads leading up to Safed and the Golan Heights.

The road connecting Ma'alot-Tarshih, Kfar Vradim and the Tefen industrial complex has been closed amid snow. 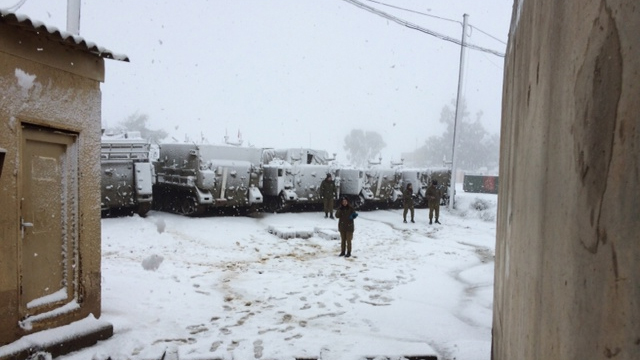 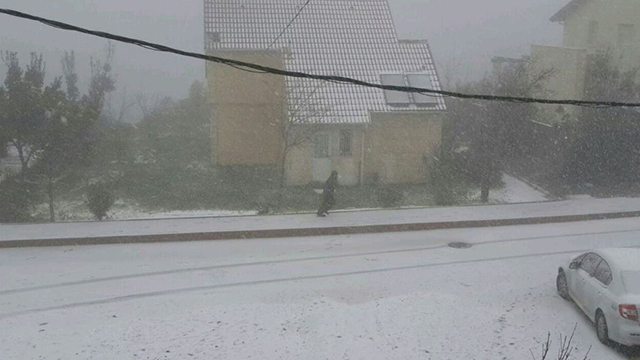 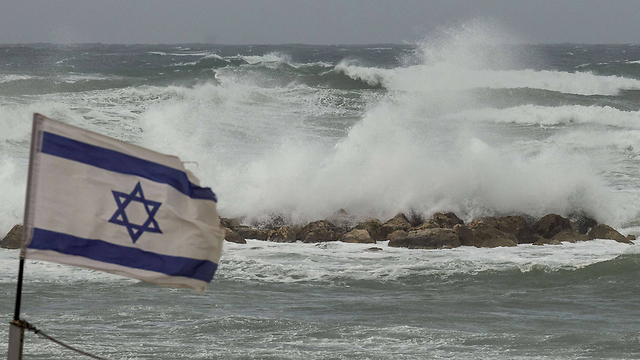 Bracing for heavy rains and winds, as well as the possibility of snow, Route 1, the main artery to Jerusalem, will close at 10 am, though the decision may change depending on how weather conditions hash out. Route 443, the alternative route to the capital, waas also closed. 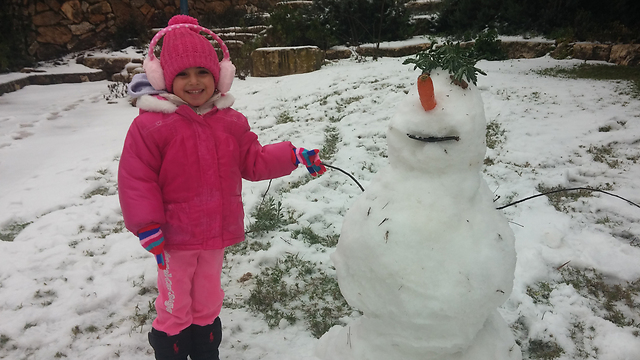 Snow has been reported in a number of area in the north, from the mountain tops of the Golan Heights and Safed, farther south in the Galilee, registering up to 50 mm (about 2 inches) of snow in certain area. 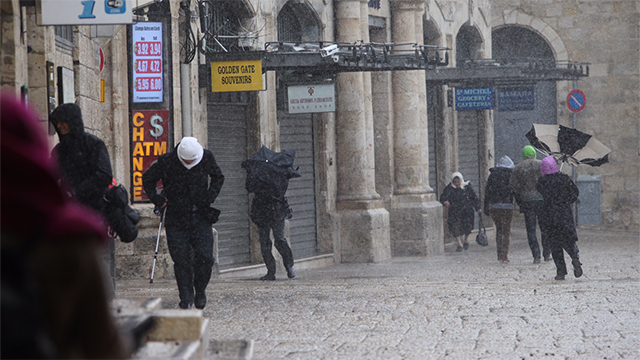 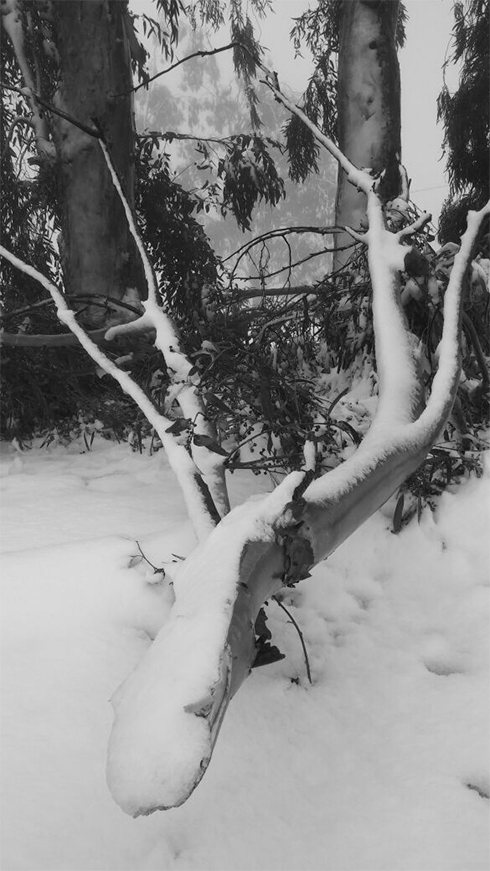 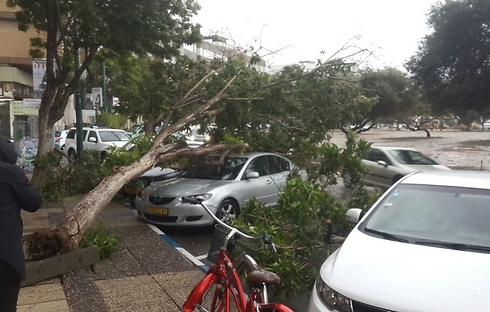 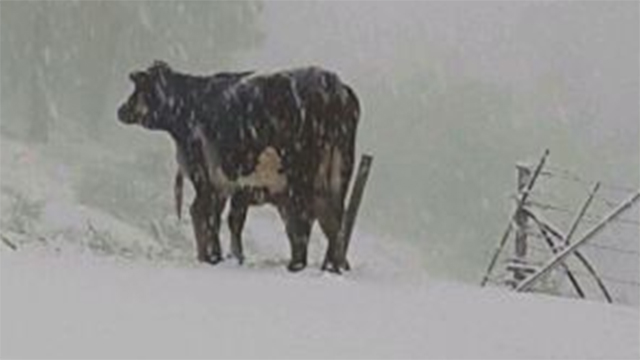 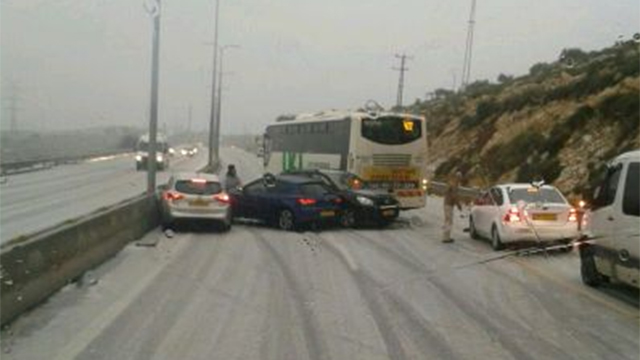 Snow was also reported in the Miron area, in Kibbuz Sasa and Beit Jan.

Over 2 mm of snow was registered on the banks of Sea of Galilee (Kinneret), with over 4 mm falling since last night. 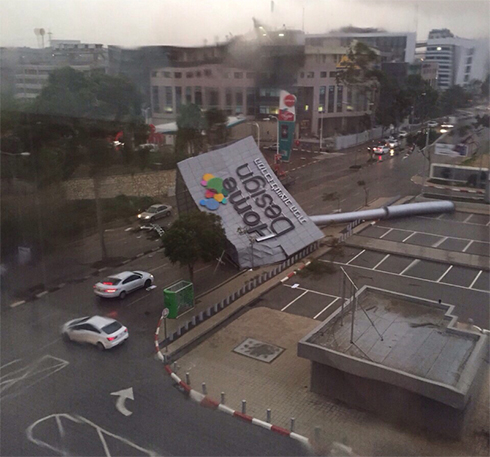 Israel Electricity Corporation reported that 5,500 homes were without power nationwide, which they said was a low number. 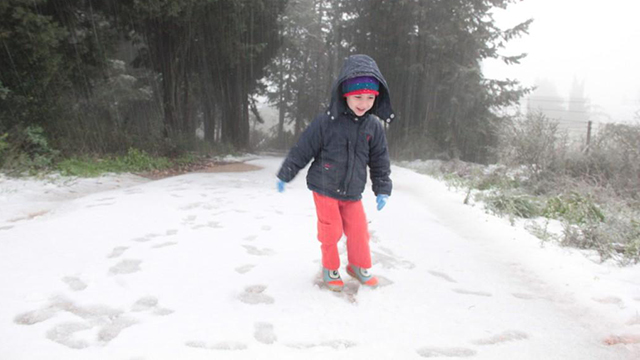 Jerusalem has also decided to cancel school for Wednesday, fearing deterioration in the weather; the decision also extends to all preschools and informal institutes of education.

Other communities who have decided to keep their children at home for this cold snap are a number of West Bank settlements and outposts: Kiryat Arba, Hebron, the Gush Etzion communities, and Beitar Elit; in Ariel, school will begin only at noon. 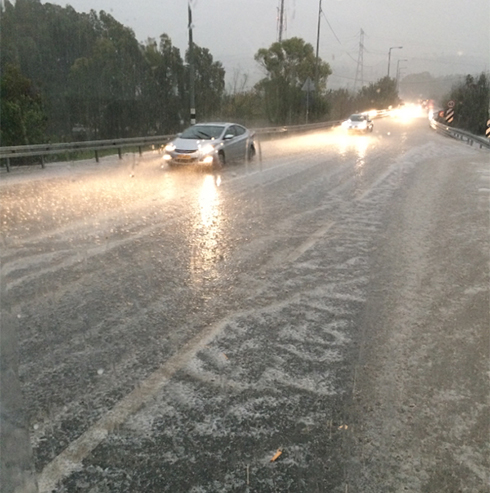 In the greater Jerusalem area, in Beit Nequfa, Nave Ilan, Beit Meir, Beit Zeit, Mevaseret Zion and the Mateh Binyamin and Mateh Yehuda regional councils only preschools will be closed in wake of the storm. 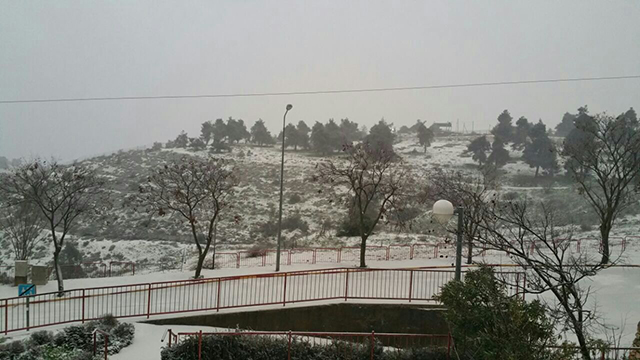 Snow in Safed (Photo: Tamar Engel)
In the north, no studies of any kind will take place in the Upper Galilee Regional Council, the Marom Galilee, the Golan Regional Council.

Rain accompanied by thunder storms and hail will continue falling in northern and central Israel and will spread to the northern Negev in the evening. Flooding is one of the major concerns as the storm approaches as it is expected to cause the streams of central Irael and other areas to overflow. Furthermore, strong winds are expected to pursist and reach 45-65kph (about 28-40 mph) - with gusts reaching a maximum of 90kphn (59 mph). 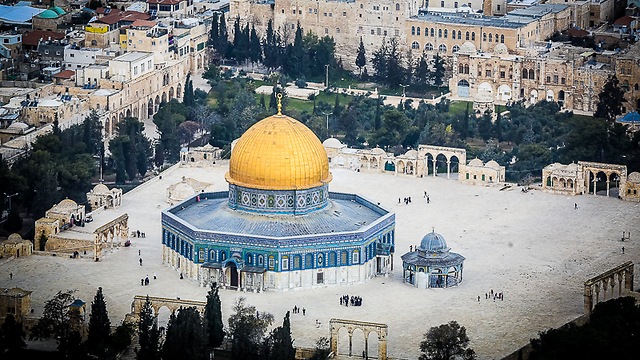 In the south, sand storms are expected and could cause haze in central Israel, significantly limiting visibility.

On Thursday, the snow will subside in the northern mountains of Israel. However, light snow or snow mixed with rain could fall in the mountains of central Israel. Local rain will continue falling from northern Israel to the central Negev, but will not be as strong as in the initial phases of the storm. Flooding will remain a concern for streams in eastern Israel, although winds are expected to weaken at this point, while temperatures will continue being significantly lower than average.

Finally, on Friday, light-to-moderate snow is expected to fall and possibly pile up in the early morning, mostly in the central Israeli mountains. Rain will continue to fall in central and southern Israel and temperatures will continue being lower than average.

Precipitation will resume on Saturday around noon in northern and central Israel, accompanied by thunderstorms, gusts of wind and hail. In the evening, rain will spread to the south and Sunday's forecast is also predicted to include rainfall.