Developers say all ball sports can benefit from the product
Photo: AP

Smart Court serves up instant review for the tennis masses

Dodgy line calls are the bane of tennis players from professional to amateur but a new system to rival Hawk-Eye will allow club plodders and not just the world's elite to take a closer look at contentious decisions.

Developed by an Israeli firm, Smart Court is designed to help coaches by reviewing players' strokes, recording ball speed and other statistical data and tracking drills, but it can also be used to call lines and identify service faults.

Until now, the dominant review system in tennis has been Hawk-Eye, a computerised network of six cameras that can pinpoint a ball to within 5 millimetres. 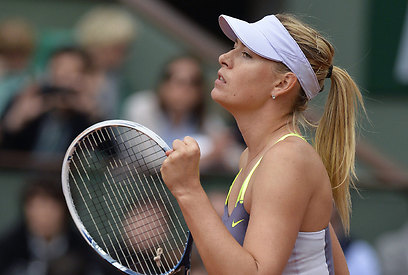 The coaches of Maria Sharapova and Serena Williams also make use of the system (Photo: AFP)
It has added drama to the grand slams and is a hit with broadcasters and spectators alike. But at an estimated cost of $100,000 per court, Hawk-Eye is only for professionals and the world's top tournaments. Smart Court uses a different approach involving six permanently fixed cameras that record everything that happens during play. While less accurate than Hawk-Eye, it is precise enough to check lines and comes at a much lower price – $10,000 and a licence fee – making it affordable for serious clubs. Already installed on 80 courts across the United States and Europe, the system has drawn praise from current and former top players and coaches, including world number one Novak Djokovic and six-times grand slam singles champion Stefan Edberg, who now works with Roger Federer. The coaches of Maria Sharapova and Serena Williams are also converts. Chen Shachar, the chief executive of PlaySight, the company which developed the system, is encouraged by the positive feedback and has ambitions to expand globally, with tennis one of the world's most popular amateur sports. "Our plan for the next two years is to install it on at least 200 courts and have between 4,000 and 5,000 smart tennis courts in the next four years," Shachar told Reuters, adding that revenue should reach $10 million in the coming year. As with many of Israel's technological breakthroughs, the system is derived from the military, where event-based analysis of combat scenarios, particularly aerial warfare, is crucial for training. Some PlaySight executives have military backgrounds. When it comes to using the system, players wanting to review a line call, a tight rally or a particularly great (or terrible) shot would go to a touch-screen console at the side of the court and hit review. The screen would play it back instantly. The data and imagery can also be viewed over the Internet later. While Smart Court is focused on tennis for now, Shachar plans to roll it out for other sports, including basketball, handball and squash, soon. Ice hockey and soccer are also potential targets as goal-review technology becomes more popular.