After Ynet reveals recording of events leading up to and following death of Hadar Goldin during Gaza operation's 'Black Friday', Ya'alon says 'decisions taken during event were operational, not criminal.'

Defense Minister Moshe Ya'alon rejected calls to allow the IDF's military police to investigate the events surrounding 'Black Friday' – an August 1st incident in which 2nd. Lt. Hadar Goldin was killed and captured by the Hamas in Rafah, leading the IDF to implement its controversial Hannibal Protocol.

The incident also saw over 130 Palestinians killed as the IDF launched a massive offensive to retrieve the soldier, later found dead. 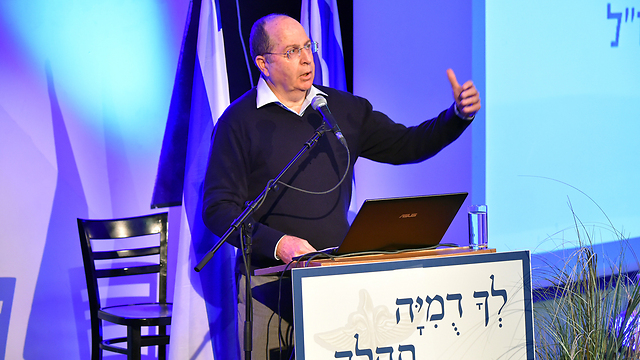 Defense Minister Moshe Ya'alon (Photo: Ariel Hermoni, Defense Ministry)
“Many rumors are being floated around about the incident concerning the Givati Brigade on that Friday in Rafah. That incident is not being investigated by the IDF's Internal Criminal Investigation unit. "This is an operational incident in which different decisions were taken, this is not something that should be investigated according to criminal law. It should be investigated by the military command,” Ya’alon said during an IDF event in honor of elite IDF commander Emmanuel Moreno. Hadar Goldin's father, Simcha was also present at the event. Ya'alon stressed the difference between a criminal and operational military investigation, saying that the former "looks for those responsible" in a attempt to attribute blame for past criminal events, and does not focus on military decisions. Ya'alon's comments came after Ynet obtained footage which has never before been or seen heard of the events of August 1st, which has become known as Black Friday.
Inside Black Friday    (צילום: דובר צה"ל, יואב זיתון, וצלמי ynet, הדמיית תלת-מימד: ענבל גרוסמן, עריכה: נגה מימראן)
X

IDF Chief of Staff Benny Gantz also responded to the recordings, saying that "the IDF is not a reality show. There are a lot of stories being published about Givati… everyone should know the commanders are the best there are." Gantz backed the Givati commander, saying "it is unacceptable that recordings from a military operation are published. I have faith in the commanders… (but) if there were mistakes we will deal with them." 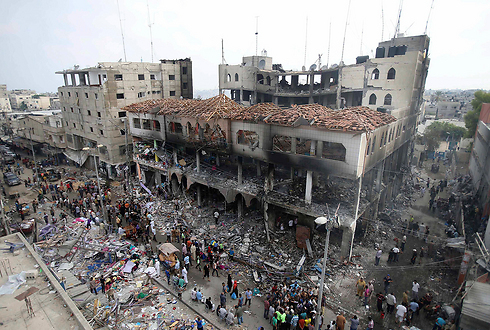 Damage in Gaza after 'Black Friday' incident (Photo: Reuters)
Four months after Sec.-Lt. Hadar Goldin was captured (and later killed) during Operation Protective Edge, and only days ahead of the Chief Military Prosecutor's decision on whether to launch a criminal investigation into the conduct of the IDF officers who led the pursuit after the captive soldier in Rafah, audio recordings from the IDF's communication system obtained by Ynet shed light on the dramatic moments of that fateful Friday morning. In those critical hours – from the moment of the encounter which led to Sec.-Lt. Goldin's capturing at 9:16am and until midday – the IDF implemented the Hannibal Directive which states that at the time of a capture of an IDF soldier the main mission becomes ending the kidnapping - even if that means injury to Israeli soldiers, including the one captured.

The Hannibal Directive allows commanders to take whatever action is necessary to prevent a situation where Israel is forced to negotiate with captors, including endangering the life of a captured soldier, to foil the capture.

The commanders in charge of the operation, who could be targeted by a military police investigation, were Lieutenant Colonel Eli Gino (commander of Givati's reconnaissance company) and Colonel Ofer Vinter (Givati Brigade's commander).

So far, military police investigations have been launched into the deaths of some 50 Palestinian civilians. The inquiries will examine whether negligence or rash decision-making on the part of the commanders led to those casualties.

Gantz told Ynet that none of the cases investigated (until the Jewish holidays) had found evidence that forces operated maliciously. In the current case, Lt. Col. Gino is heard repeatedly ordering his forces to "stop shooting."