Party presents list with ample representation for women with Shelly Yachimovich securing the third spot on the Labor-Hatnua list. 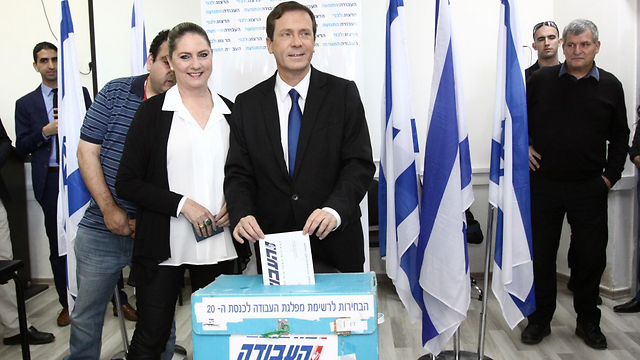 Herzog voting at the primaries (Photo: Avi Mualem)
The polls closed Tuesday night shortly after 10pm, with a 58.9 percent voter turnout, compared to 57.7 percent in the previous primaries two years ago.

Labor leader Isaac Herzog wrote on his Facebook page on Wednesday morning: "This is a morning of hope! We've selected a good list yesterday: Honest, brave and combative, with a lot of Zionism, that combines experience with ground-breaking thinking, deep-rooted ideologies and a great ability to execute. We have two months to reach every place in the country, knock on every door, call on the citizens of Israel to take the wheel of this state with us and make the change the entire state of Israel is longing for." 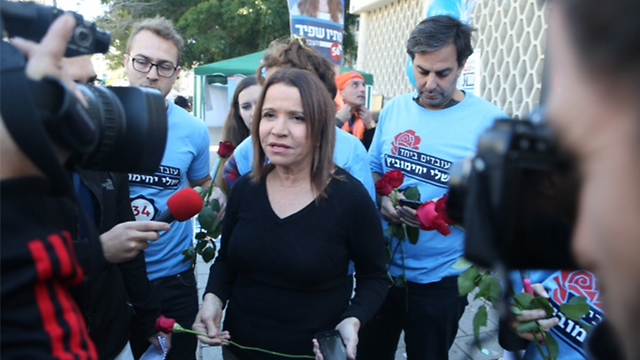 During the primaries, Yachimovich threw her support behind Herzog, to whom she lost the party leadership, and stressed that she supports the union with Hatnua led by Tzipi Livni. Yachimovich even said that she erred when she turned down a similar offer from Livni when Yachimovich was Labor leader.

Below is the Labor-Hatnua Knesset list for the March 17 elections: 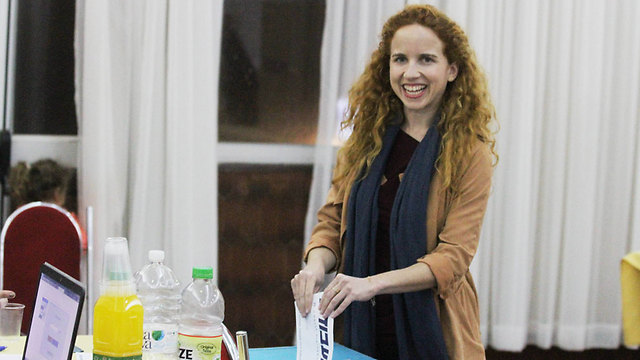 Stav Shaffir, now at number 4, and Itzik Shmuly, now at number 5, were the leaders of the 2011 social justice protest. The two entered the Knesset for the first time in the 2013 elections. Shaffir stood out in the legislative body in her struggle for transparency at the Finance Committee headed by Bayit Yehudi MK Nissan Slomiansky, and in the all out war she led against hidden money transfers made even after the previous state budget had been approved.

Shmuly led socio-economic struggles like the fight against cutting water service to debtors as well as a struggle against the intention to cancel group long-term care insurance.

The new Labor list boasts an impressive representation of women - there are seven women in the top 25, four of which in the top 10. Female members of Knesset who served in the previous Knesset passed more laws than their male colleagues, even though their number in the legislator is fewer.

Female MKs, who constitute 22 percent of the parliament, were behind 34 percent of laws that passed in the plenum. The most prominent of female legislators is Merav Michaeli - 3 laws she proposed have already gone into effect and 24 others she was behind have passed.

MK Eitan Cabel, who served as the director-general of the party's election headquarters, welcomed the results, saying "the goal is to unite behind chairman Isaac Herzog and lead together to a change that will bring to the end of the Netanyahu rule. We have an excellent and varied team that Labor voters can be proud of."

The Likud campaign said in response: "The Labor party chose a typical left-wing list. The citizens of Israel need to choose who will determinedly safeguard Israel's strength amid the threats and challenges we face - a left-wing government or a Likud government which is strong, responsible and experienced, led by Prime Minister Benjamin Netanyahu."