Avraham Burg at the Hadash conference

'Zionism is over, Israel at critical juncture'

Avraham Burg, once speaker of the Knesset and deputy president, is voting for the communist Hadash party in the next elections; in 20 years, he says, Israel will be in a confederation with Palestine or a fundamentalist religious republic.

Avraham Burg can't understand why people are shocked to hear that he has joined Hadash – The Democratic Front for Peace and Equality, Israel's communist party.

"I quit politics 11 years ago," says Burg, the son of Yosef Burg, one of the founders of the National Religious Party. "Since then, I have written a large number of articles and published four books – and that was their principal subject, Jewish-Arab cooperation."

Nevertheless, I say to him, you were a Labor Party MK and ran for leadership of the party; you served as speaker of the Knesset and deputy president; your father may be turning in his grave.

"Turning in his grave?" Burg responds. "Absolutely not. The fact that the NRP lost the plot and took the path it did is a big tragedy; but that wasn't the way of my father. He wasn't messianic and in favor of annexation, and it's a shame that people confuse the crazy party of today with my father, a moderate man with a socialist world view. He didn't vote NRP in his final years; and if he were alive today, both he and my mother would vote for the Labor Party."

They would, but Burg won't. He will vote for Hadash, "because it's the next stage in the Israeli evolution" – and even if the others have yet to grasp this, he is already there. "Israel, regardless of external circumstances, is not a democracy, and all that remains is a hollow citizenship. The question is what do I do about this – keep quiet like the others or look for the next place." 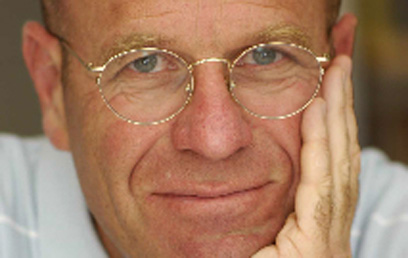 Avraham Burg: Israel is not a democracy. (Photo: Alon Mizrahi)

And is Hadash the next place?

"Yes. From 1948 to 1976, Israel was relatively secular, socialist, and statehood was its organizing principle. In 1977, with the rise to power of Menachem Begin, this came to an end. Since then, Israel has been in its religious-nationalistic-capitalist chapter, and territory is its organizing principle. Now the country has to choose where the third chapter will take it – to religious and nationalistic aggressiveness or normalcy. The dissatisfaction with Benjamin Netanyahu is a symbol of a far deeper dissatisfaction – not only with the man, but with the stagnation, with the economic and social degeneration."

This dissatisfaction exists among the center and left too; it isn't unique to Hadash.

"The problem is that the left doesn't present the transition to normalcy as the next stage. This transition requires major concessions that the left, too, isn't ready for. The most painful issue is the Zionist issue. Forgoing the Law of Return, resolving the refugee problem. The Law of Return was a fast-track way of granting citizenship to Jews who were persecuted in various countries. This need no longer exists."

And do you support abolishing it?

"I am in favor of reducing it to a minimum."

And of allowing the refugees to return to Israel instead?

"And of putting the issue on the negotiating table."

It's been there for years.

"It hasn't, because Israel has yet to decide on its principles."

It decided, in fact, a long time ago; it's in the Declaration of Independence – Jewish and democratic.

"So that leaves us with two options for living in this expanse – within a Crusader-like fortress, with the international isolation proof that we are already there, or integration in the expanse."

Do you define yourself as a Zionist?

"I'm not willing to fall into this definition. Zionism was the scaffolding that facilitated the transition from the Diaspora to sovereignty. This scaffolding is superfluous now."

Are you a feminist?

So how do you live with the Arab politicians' silence with respect to the exclusion of women in Arab society, the so-called honor killings and the rise in polygamy?

"We really do need to combat this."

So what attracts you to Hadash?

"The chance to switch from a nationalistic dialogue to a civil one."

Doesn't Meretz, for example, offer such a chance?

"Only if Meretz lets go of its Zionist dream. The biggest injustice in the State of Israel is the civil injustice vis-à-vis Jews and Arabs, and Meretz is a part of the existing liberal-bourgeois order. I'm seeking to change this order."

No longer my circus

Towards the end of his political career and in the years to follow, Burg sparked a number of scandals. In September 2003, for example, he argued in an article in The Guardian that "Israel, having ceased to care about the children of the Palestinians, should not be surprised when they come washed in hatred and blow themselves up in the centres of Israeli escapism. They consign themselves to Allah in our places of recreation, because their own lives are torture. They spill their own blood in our restaurants in order to ruin our appetites, because they have children and parents at home who are hungry and humiliated."

On another occasion, he suggested turning half the day of mourning of Tisha B'Av into a celebration of the establishment of the state, noting that he doesn't believe in God but wears a skullcap to express cultural solidarity. In 2007, he applied for and received French citizenship, and went on to advise all Israelis to acquire a foreign passport.

Burg has served in recent years on the board of various companies and has also been involved in various volunteer frameworks, primarily as chairman of Mifalot – Education and Society Enterprises, which promotes social change through sport.

Did you consult with anyone before deciding to join Hadash?

"I don't consult. I'm at a stage at which people consult with me."

Will you be vying for a place on Hadash's Knesset list?

Don’t you want to be an MK again?

"Been there, done that."

Do you take interest in what is happening with the Labor Party?

"No, they aren't in a place I understand or identify with. Shelly Yachimovich said that Labor was never left-wing, and she was right. It's no longer my circus."

You may find yourself a member of a united Arab party rather than simply a member of Hadash.

"If Hadash were to join such a list, I won't be there. I will be very committed – and very active – only for a combined Jewish-Arab movement, one that supports civil equality and challenges the Jewish-Arab discourse."

Does your family support your move?

"There are 13 voters in our house. In the previous election, seven voted for Hadash, five voted Meretz, and one voted outside the bloc. This means I live in a supportive environment."

And what about your friends?

"Some see it as a natural move. Yossi Beilin voiced something that sounded like a eulogy – 'I hurt for you, Avrum, my brother.' I also had a very interesting conversation with Haim Ramon. 'You know I don't agree with you,' he said, 'but I take my hat off to your brave move.' I, by the way, don't feel like a brave man."

Are you afraid you may pay a price for your move?

"No, absolutely not. Why? Because I have other thoughts? I get the sense that people are asking, are interested. For them, it's an invitation to a different kind of dialogue, not hostility." 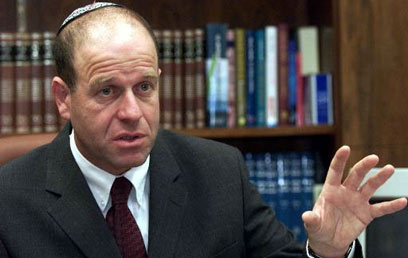 Burg in his younger days. Labor is 'no longer my circus.' (Photo: AP)

Burg is adamant when it comes to the political future of the prime minister.

"Benjamin Netanyahu's time is up," he says. "And it doesn't matter if it happens now or in the next election. He's where Labor was in 1976. The only thing that could save him is a historic move, a constitution for Israel on the internal level, for example, or a peace agreement – otherwise he will disappear without trace. His decade as prime minister is a lost decade."

And who will replace him, I ask. It could go either way, he replies.

As you see things, where will we be in 20 years?

"We are now at a critical juncture. In 20 years, the country will be in one of two places - either it will be a fundamentalist religious republic with Moshe Feiglin, or it will recover from the wars of the Jews over religion and state, and between the Jordan and the sea we will see the establishment of an Israel-Palestine confederation with open borders.

"Palestine will be ruled by a party that has managed to eradicate the occupation by means of a non-violent civil uprising, and the two countries will share a constitution. Both will also be part of a regional union that will include Jordan, Egypt, Turkey and Cyprus. Israel's police, defense and foreign affairs ministers will come from the Arab community."

And will the Arabs be enlisted into the army?

And who will be prime minister in such a government?

"No, it's possible. What is perceived today as a minority opinion will become the strategy of the majority. For such a thing, all that is required is patience."